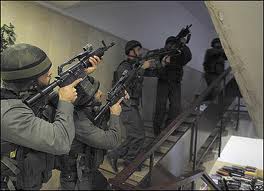 According to a Honenu report, security forces on Monday, 8 Tishrei, arrested a resident of the Binyamin Regional Council district of Shomron, a married women with a family. The details of the arrest and the case are blocked by a gag order but Honenu reports detectives arrived at the outpost during the early morning hours and arrested her for conspiracy to commit a crime.

The woman was taken to the Shar Binyamin police station where she was questioned for 20 minutes regarding a well-known incident but details are blocked by the gag order. The woman was fingerprinted and released with restrictions.

Honenu states it is clear that the mother did not commit the crimes alleged, as she was released shortly after being taken into custody. Honenu feels this is another case of intentional police harassment and a blatant violation of basic civil rights.