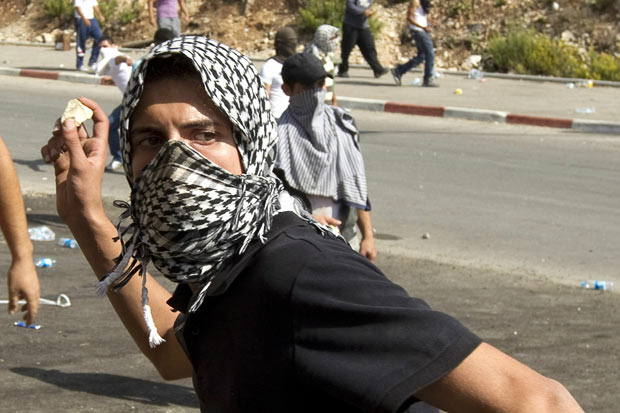 A Jerusalem police spokesman announced on Monday, 8 Tishrei, that five Arab youths being held for their alleged participation in rock-throwing attacks have been ordered held without bail. All five are minors.

On September 9, 2015, police arrested the five on suspicion of attacking a Jewish male in the Wadi Joz area of the eastern capital. The suspects are 13-15-years-old, residents of the area. They are charged with attacking the Jewish male with rocks.

Police report the victim was dressed in chareidi garb was driving his vehicle on the main street and parked near one of the stores in Wadi Joz. When the youths realized the Jewish man was parked in the area, a 13-year-old stood outside the store as the lookout to report to the others when the Jewish man exited.

The man exited and placed the items he bought in his vehicle and began driving. A very short time later he came under a massive attack with rocks allegedly thrown by the youths. B’chasdei Hashem the driver was not killed or injured and was able to keep driving. He turned off the road and let his car and entered a store. The store owner prevented the youths from following after him into the store. At some point the victim drove his car to a police station.

Three of the suspects were arrested that same night, and the investigation led to the arrest of the others. One of the suspects is also in violation of a house arrest order against him for his involvement in rock-throwing attacks in the past.

The indictment will be handed down in the Jerusalem District Court, including charges of aggravated assault and endangering human life on a public thoroughfare.