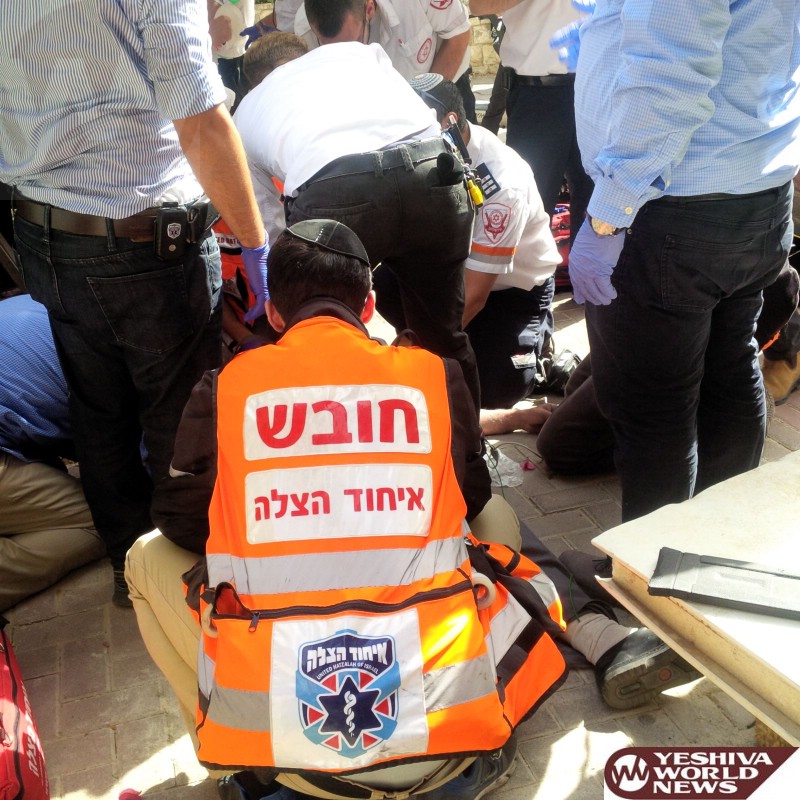 Ichud Hatzalah on Thursday afternoon 11 Tishrei reported that a man in his 50s was found unconscious after apparently being electrocuted while building a sukkah on Ariel Street in Jerusalem.

The man was in cardiac arrest. CPR was initiated and the victim was listed in grave condition at the time of the report.

Ichud Hatzalah’s Chief of Logistics Moshe Levy, explains he was on the scene in a half minute after receiving the call. Advanced CPR was initiated in an effort to save the victim’s life. After a spontaneous pulse was restored the man was transported to a hospital in serious condition.

Magen David Adom reports the victim is in his 70s and he was transported by paramedics and EMTs to Shaare Zedek Medical Center in serious condition. 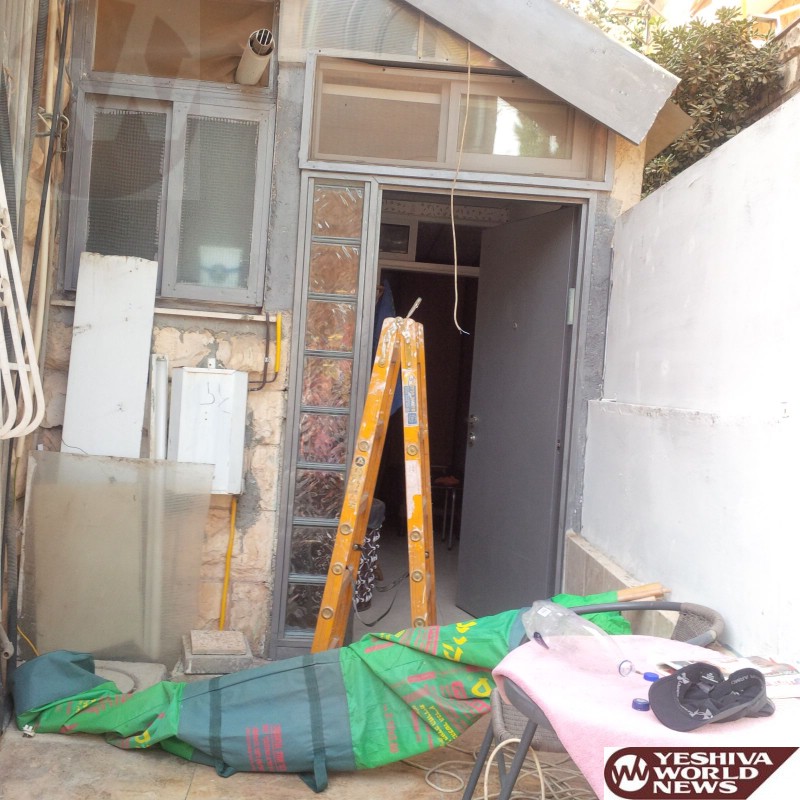 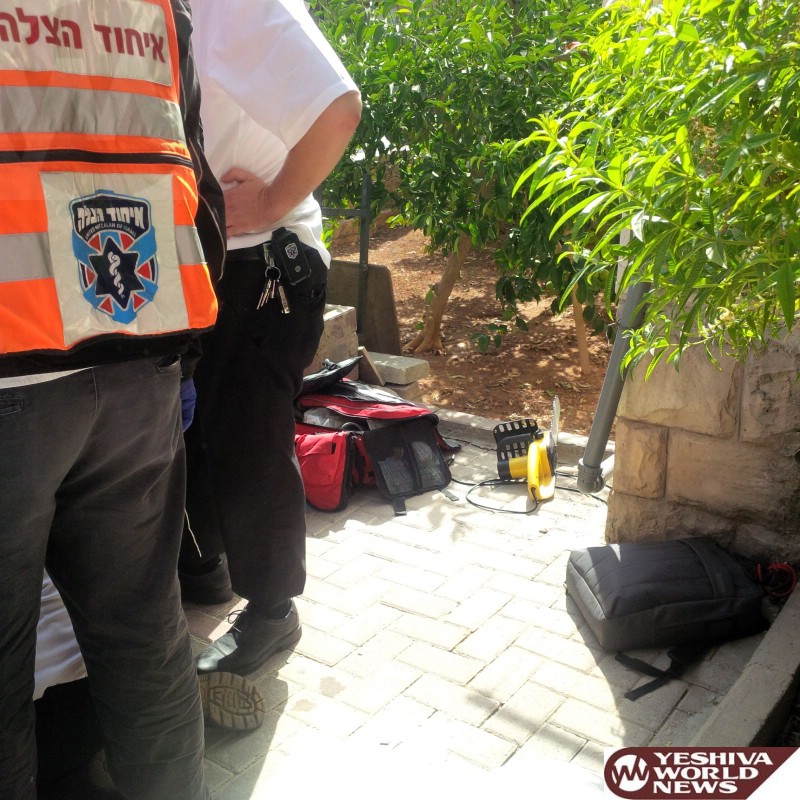 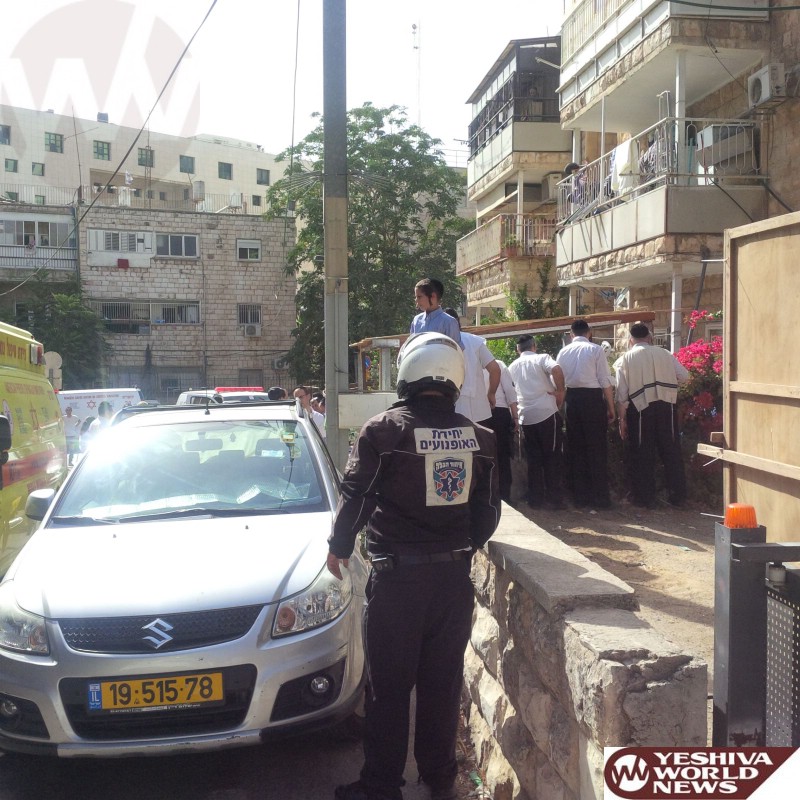