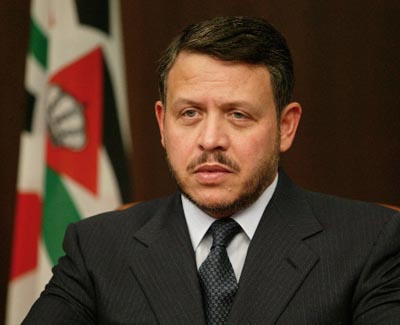 Despite recent statements to the media by Prime Minister Binyamin Netanyahu reassuring the international community that Israel is maintaining the status quo on Har Habayis, Jordan’s King Abdullah has taken his anti-Israel position to another level. King Abdullah has recently spoken out harshly against PM Netanyahu and Israel’s threats to al-Aqsa Mosque. The prime minister’s efforts to allay the monarch’s fears and reduce tensions between Amman and Jerusalem have failed as it is now reported King Abdullah is refusing to speak to PM Netanyahu until further notice.

The London-based Arabic al-Quds al-Arabi newspaper reports Jordan’s Foreign Minister has responded to the prime minister’s statements, rejecting them outright while labeling them being “misleading”.

Abdullah has openly launched his anti-Israel campaign surrounding the Har Habayis issue, telling British Prime Minister David Cameron during a recent meeting that relations with Israel will change if Jerusalem does not change its policy vis-à-vis Har Habayis.

In his condemnatory statements to Jordanian lawmakers earlier, King Abdullah explained that al-Aqsa is a place of worship and it cannot be shared with other religions.

The London-based Arabic newspaper al-Arabi al-Jadeed quotes a senior Jordanian official stating Jordan has already stopped importing goods from Israel is response to Israel’s policies. The reason given for rejecting potato imports according to the article is a defective crop.