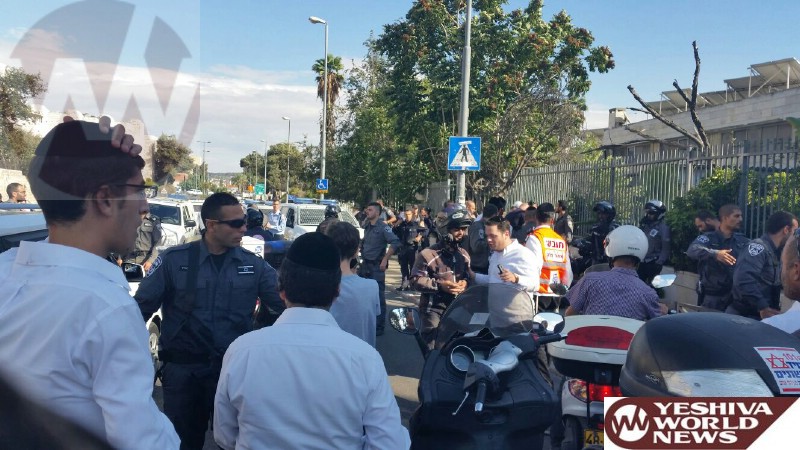 15:21: Emergency agencies are on the scene of an attempted stabbing attack at Shimon HaTzaddik Street in Yerushalayim.

Police are advising that one person in custody. Police are signaling a dispute at Shimon HaTzaddik and not an act of terror. No one is injured or worse B”H.