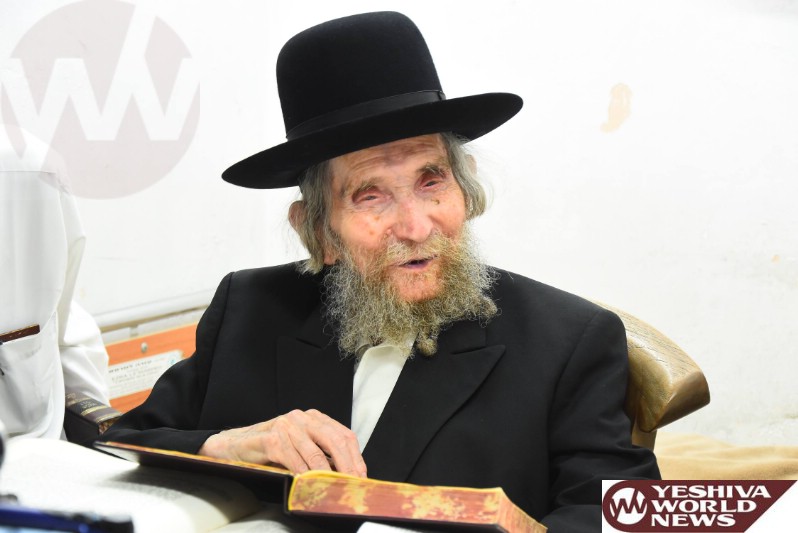 [The text here is a translation of the attached letter]

To the honor of my friend the gaon and tzaddik, R’ Don Segal may HaShem watch over him. Pleasant tidings on his right forever.

Since he has heard a widespread and continued report suggesting that I am in support of the idea of Nachal Charedi, that bochurim who are weak in Torah study or in Yiras Shomayim will benefit from being there and understandably such a thought would never enter my mind, what was discussed in the beginning was that bochurim who are mechallelei Shabbos and actually committing other grave transgressions for which the punishment is kareis. And the father wants to save the boy and to save the street from enduring damage that we do not have the power to withhold him but for sure it is an unforgivable sin if he were to persuade or entice in any possible way which might cause anyone who is not a mechallel Shabbos or committing other chayivei kerisos to be placed there.

And as a rule I refrain from replying about this issue because the way of some people even from those who are considered to be charedim for the word of HaShem is that they explain everything with all sorts of theories and they enjoy to cast blame on people, may HaShem forgive since perhaps their intention is for Heaven’s sake but since his honor and greatness is known to me that he isn’t chas v’shalom among those who seek to malign I am writing to you. We may hope to HaShem Yisborach that there be an increase of those who study Torah and of those who are servants of HaShem Yisborach which through their merit HaShem will have mercy on His nation and redeem us the eternal redemption.

his friend who respects him in his high esteem 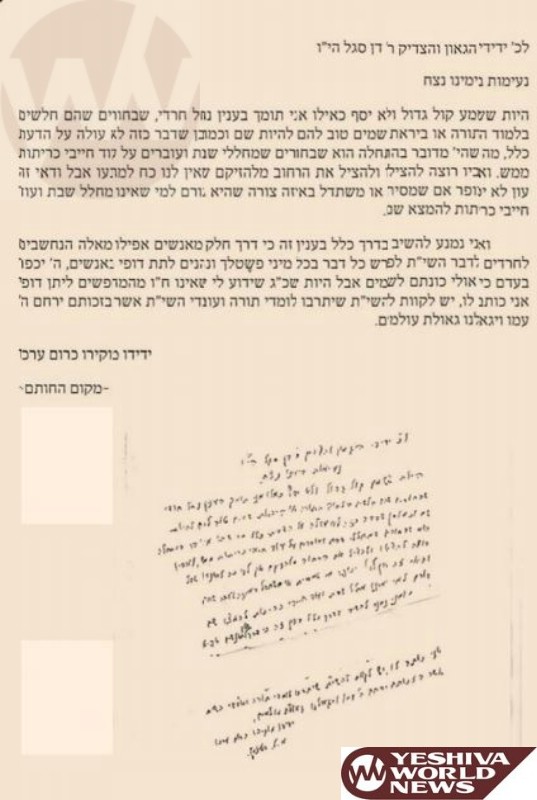