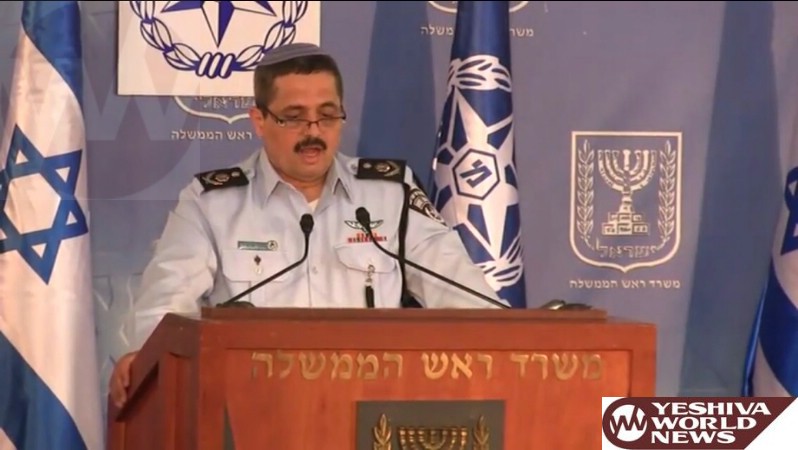 Prime Minister Binyamin Netanyahu and Public Security Minister Gilad Erdan were on hand to affix his ranks on his epaulets.

Alshich was scheduled to assume command a number of weeks ago but this was placed on hold when he sustained a fractured foot. Alshich will become Israel’s 18th Police Commissioner, taking leave of the ISA (Israel Security Agency – Shin Bet), where he spent his career, rising to the rank of Deputy Director. While he asked Sau to remain on as a deputy, the latter announced that he is disappointed he was not given the Commissioner’s post, and leaves the department with pride, gratitude and a sense of accomplishment after close to 40 years of service.

Alshich, 52, a member of the dati leumi community, is a resident of Givat Shmuel. He is a graduate of Netiv Meir High School in Yerushalayim and entered the IDF in 1981. 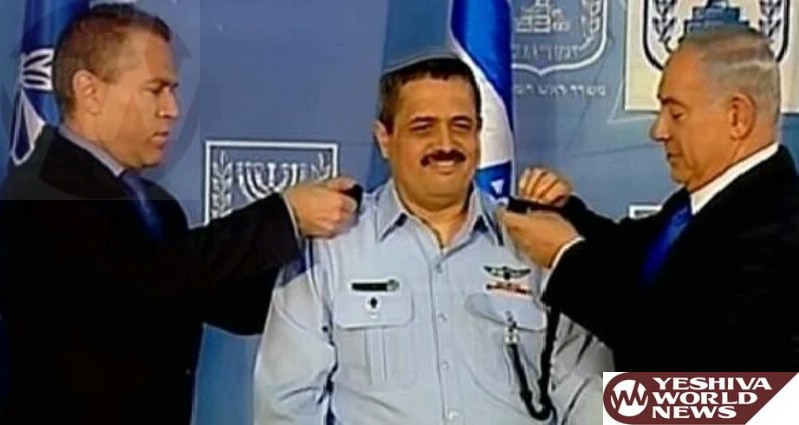