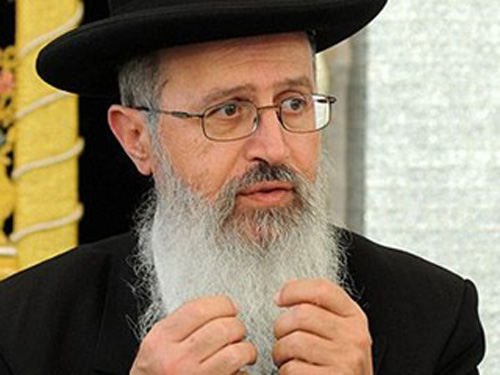 The State Prosecutor has filed a criminal indictment against Holon Chief Rabbi Avraham Yosef Shlita, who is alleged to have abused his position to advance the interests of the Badatz Beit Yosef hashgacha, a private hashgacha run by a brother, Rabbi Moshe Yosef Shlita. The charges against the rav include fraud and breach of trust.

YWN-ISRAEL recently reported that Rabbi Yosef was offered a deal, to step down from his post in exchange of avoiding a criminal indictment, but he declined.

A gabbai to the rav was quoted saying “The rabbi will not comply with the request, which in essence means abandoning his life’s work when essentially, he is untainted”.