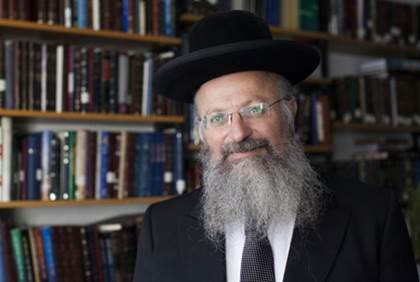 Rabbi Shmuel Eliyahu Shlita spoke with Galei Yisrael Radio regarding the infamous wedding during which misamchim danced while waving guns and praising the Duma arson.

The rav explained that the matter of this wedding has been taken way out of proportion and this is the reality. He adds “It is not out of the realm of possibility this was staged by the ISA (Israel Security Agency – Shin Bet). I have been at hundreds and hundreds of weddings and I never, absolutely never saw anything like this”.

The rabbi referenced Avishai Raviv, the infamous ISA agent provocateur that operated prior to the assassination of Prime Minister Yitzchak Rabin, who the rabbi pointed out went by the name Eyal, entrapping many individuals. After the assassination his identity and double role became known.

Needless to say the rav did not hesitate the condemn the arson attack in the strongest words, stating “It is clear such an attack is detestable and prohibited”.

He adds that it is absurd the entire country is speaking of the murders of three people in Duma as compared to those literally being slaughtered day in and day out in Jerusalem and around the country. “They are dealing with the victims and the victims are now [viewed as the] murderers.

He added the overwhelming number of these youths are building, involving in building homes and Eretz Yisrael as well as their families and such an act is very far from who they are.