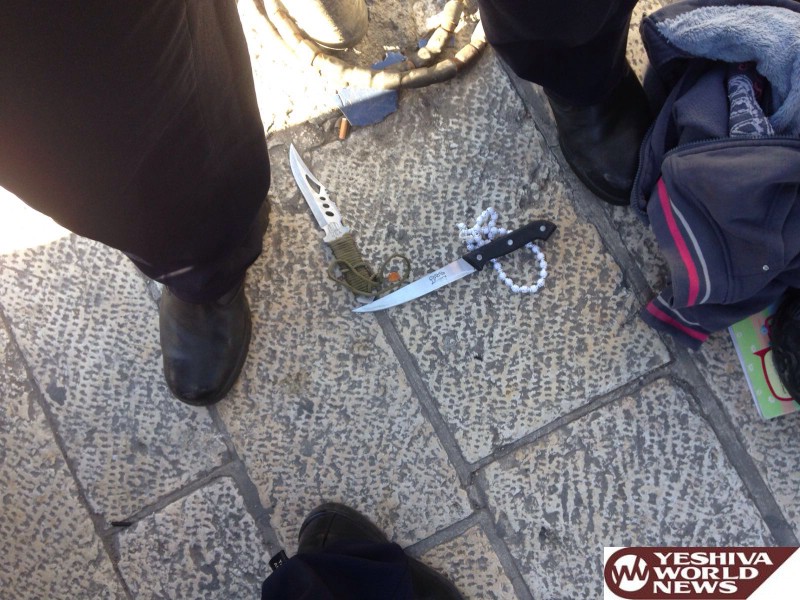 A female Arab terrorist on Monday afternoon 6 Adar I was neutralized when she tried stabbing police at Shar Shechem in Yerushalayim.

B’chasdei Hashem, no one was killed or injured in the failed attack.

The terrorist was taken into police custody. She was lightly injured. A chopper was called in to assist in locating a vehicle seen fleeing the scene, perhaps the vehicle that brought the terrorist to that location.

Reports stated that the terrorist was approximately 15-years-old.

On Sunday, two male terrorists arrived at Shar Shechem armed with machine guns. Thankfully, they too were shot and killed before begin able to inflict harm on innocent Israelis.