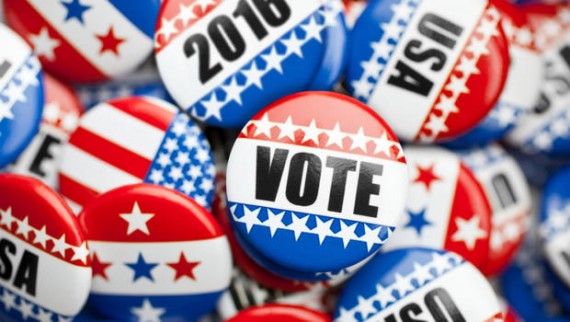 When Donald Trump came to St. Louis last month for a raucous rally with thousands, Missouri Sen. Roy Blunt was more than 130 miles away, announcing a Missouri Farm Bureau endorsement to a few dozen company employees and two news reporters.

The timing was mere coincidence, Blunt said. In fact, Blunt said, he didn’t even know the Republican presidential front-runner was in his home state.

Yet the dueling events may symbolize an intentional distance between Blunt and Trump — and the election-year dilemma facing GOP senators in some of the most competitive states. Like Blunt, Republican incumbents in Ohio, Pennsylvania, Wisconsin and elsewhere all have said they will support whoever becomes the GOP presidential nominee — but none of them have rushed to eagerly embrace Trump or his close competitor, Sen. Ted Cruz of Texas.

For the candidates, Trump’s frequently provocative comments pose a potential political risk by association rather than providing friendly coattails. And Trump’s campaign has been fueled by voters fed up with Washington incumbents.

“It’s going to be inevitable, it’s going to be relentless, and it’s going to be a real, real tough challenge for all the incumbent candidates down the line to figure out how they’re going to separate themselves from the party’s nominee, if Trump is the nominee,” said Dave Robertson, a political science professor at the University of Missouri-St. Louis.

So far, Blunt has largely avoided talking about Trump, Cruz or any other Republican presidential candidate. He has endorsed no one and has declined to divulge whom he voted for in Missouri’s March 15 presidential primary, which split nearly evenly between Trump and Cruz.

Asked by a reporter after another recent agriculture-related campaign event to describe the strengths and weakness of Trump and Cruz, Blunt responded: “I’m pretty sure I’m not going to that.” Then he shifted the conversation.

His response falls in line with a national strategy for Republican senatorial candidates this year: Stick to local issues, focus on what the individual candidate is doing, give short shrift to questions about the presidential race and move on.

In the final week before Wisconsin’s presidential primary, Republican Sen. Ron Johnson kept a fairly low profile. He endorsed no one and appeared with none of the Republican presidential candidates.

Johnson, who is in a re-election rematch with former Democratic Sen. Russ Feingold, has said he will support whomever gets nominated at the Republican National Convention.

Ohio Sen. Rob Portman, facing a re-election challenge from former Democratic Gov. Ted Strickland, said last week that he intends to support the eventual GOP presidential nominee, Trump included, “unless something crazy happens.” But when asked about Trump during a recent event, Portman replied: “I like John Kasich a whole lot better,” and offered lengthy praise for his home-state governor who is running for president.

The Democratic Senatorial Campaign Committee already is linking Portman and other vulnerable GOP candidates to Trump in an online ad that mixes candidates’ statements about backing the Republican nominee with video clips of apparent Trump vulgarities.

The strategy is similar to 2012, when Democrats linked GOP candidates to controversial remarks made by Republican Rep. Todd Akin, who was challenging Missouri Sen. Claire McCaskill. Asked by a TV reporter whether abortion should be legal for women who are raped, Akin responded: “If it’s a legitimate rape, the female body has ways to try to shut that whole thing down.”

GOP presidential nominee Mitt Romney, Blunt and other Republican leaders unsuccessfully urged Akin to drop out of the race. Other Missouri Republican candidates generally kept silent and stayed away from Akin.

Although Akin lost badly, Romney still carried Missouri, and Republicans gained seats in the state legislature. But Democrats won four of Missouri’s five executive offices on the ballot that year. Defeated GOP gubernatorial candidate Dave Spence cited the media storm spawned by Akin’s remarks “as one of the biggest influences on our race.”

Comparisons to Akin began circulating last week after Trump remarked that there should be “some form of punishment” for women who get abortions if the procedure is outlawed. Trump later backed off that remark under criticism.

But some Democrats may be walking a fine line in how aggressively they try to link Trump to other Republicans, lest they alienate some of the same voters both are courting.

In Missouri, which backed Republicans in each of the past four presidential elections, Democratic Secretary of State Jason Kander is seeking to unseat Blunt with an anti-Washington campaign theme that taps into many of the same frustrations that Trump supporters say they feel. Kander describes Trump as “unfit to be president” yet notes that many Trump supporters believe Washington incumbents “are not getting the job done.”

“I definitely think that there will be people who choose, for instance, to vote for Donald Trump who also will vote for me, because they feel that people like Senator Blunt are not doing a good job, and somebody who’s been in Washington is not part of the solution,” Kander said.