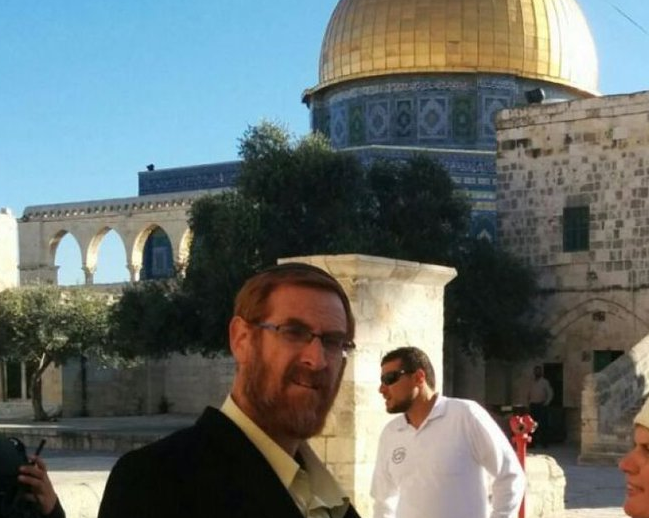 Glick, who survived an attempted assassination for his Har Habayis activities, was interviewed followed audible threats from Muslims to Jews to stay off of Har Habayis during Pesach.

Glick calls on religious leaders in the Muslim and Jewish camps to call for calm and adherence to the law. He explains “Har Habayis is the holiest site in the world and therefore, people must act accordingly. There must be mutual respect between us and visitors to the site must be respectful to all”.

Glick added “I am confident Minister of Public Security Gilad Erdan and Prime Minister Binyamin Netanyahu, whom have done a wonderful job to date, will continue doing so, protecting everything wishing to visit Har Habayis in the framework of the law”.

Does this mean you are halting your activities, calling on the masses to visit Har Habayis?

Where did you hear this in my words? Quite the contrary actually. Just like I call on Jews to continue coming to Gush Etzion, despite attacks, the same holds true regarding Har Habayis. I call on the other side to stop using Har Habayis to promote a political agenda.

It must be noted: According to the Poskei Hador one is absolutely forbidden to visit the Temple Mount, and there is an Issur Kares for one that goes there.

Six years ago on Sukkos, Israeli President Shimon Peres paid a visit to the Sukkah of Maran Hagon Rav Elyashiv ZATZAL, where Rav Elyashiv called on the President to prevent Jews from visiting Har HaBayis, stating it is an act that that is viewed as extremely provocative by the goyim. Maran stated everything possible must be done to avoid a religious war, and the provocateurs are playing with fire.

Maran is quoted as explaining to the president that Halacha forbids going onto Har HaBayis but today, it is more than this, it is an act that may lead to a religious war and bloodshed.