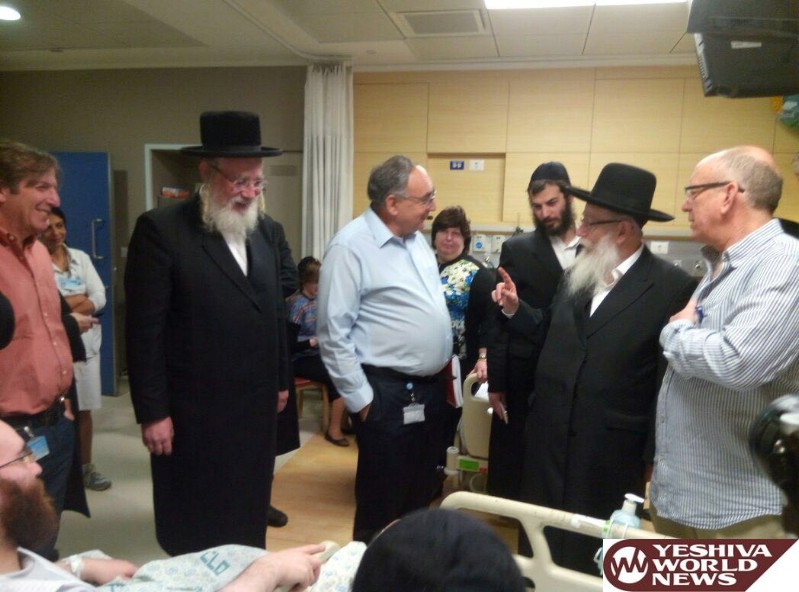 Health Minister Yaakov Litzman on Wednesday 12 Nissan visited victims of the Egged number 12 bus terror attack who are recuperating in Hadassah Ein Kerem Hospital. Four victims of the attack remain in the hospital.

The minister also visited with victims of the Brussels Airport terror attack who remains hospitalized.

The minister was briefed on the treatment of each victim of the bus attack recuperating in an ICU. Their wounds are primarily burns over areas of their bodies.

He then went to an orthopedic unit to meet with victims of the Brussels attack, speaking with Chaim Winternitz and Mendel Farkash, who were told by doctors they will be permitted to enjoy seder at home with their families. 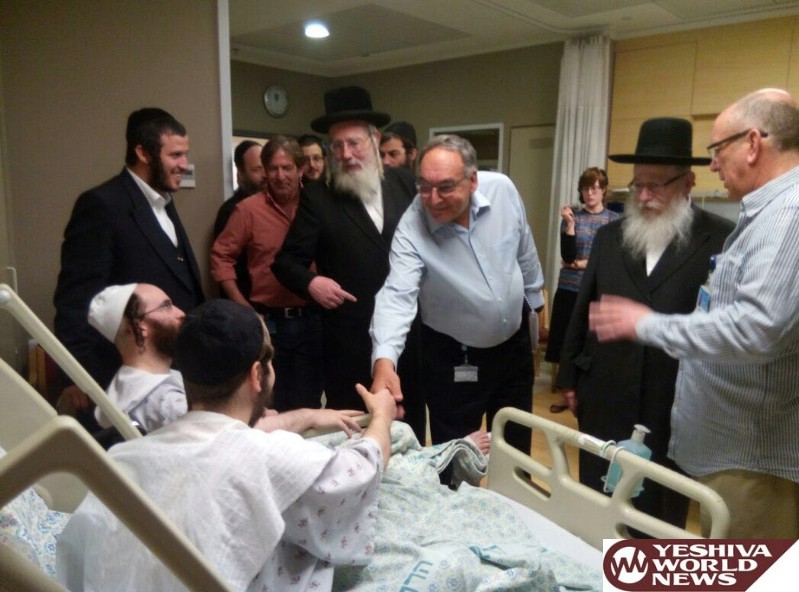