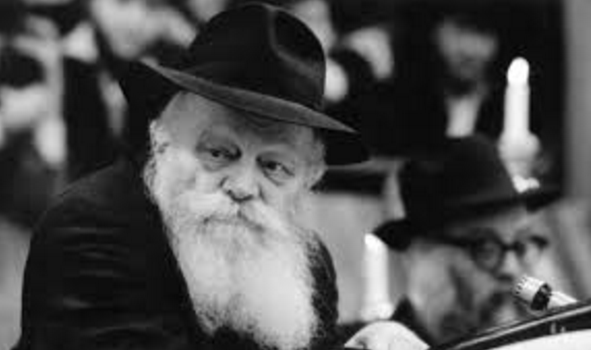 Rabbi Leibel Groner, who served as the Rebbe’s secretary for over 40 years, used unequivocal terms to shut down recent calls to construct an Eruv in the Crown Heights neighborhood in Brooklyn.

In written quotes sent to COLlive.com, Rabbi Groner says that “all Anash and Temimim should discard this idea,” citing the Rebbe’s opposition to the idea despite its conveniences.

“The Rebbe strongly opposed making an Eiruv in our community, and he reiterated on several occasions that no one has permission to make an Eiruv here,” Rabbi Groner wrote.

Rabbi Groner went on to warn: “All those who, Rachmana Litzlan, are considering making an Eiruv here that anyone who does so, Rachmana Litzlan, is starting up with the Rebbe, and he should recognize the effect it may have, G-d forbid, on himself and his family etc.”

He said that when an Eruv was being planned in Melbourne, Australia, Rabbi Yitzchok Dovid Groner, his brother and the Head Shliach, as well as the Chief Rabbi Chaim Gutnick asked the Rebbe how to proceed. 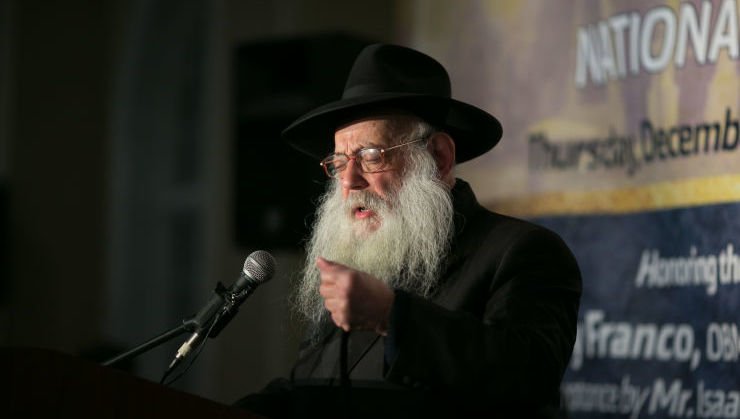 “The Rebbe’s reply was that they should oppose it fiercely,” Rabbi Leibel Groner says.

His statement follows a letter from 2 members of the Crown Heights Beis Din (Badatz) in which they stayed clear from the halachic ramifications of an Eruv or the Rebbe’s opinion on the matter.

In it, they quote the Rebbe that it is the responsibility of the local rabbis to determine what should be done in the neighborhood.

They added that the “thought and attempt” to erect an Eruv without their consent “borderlines destroying the religion, Heaven forbid.”

Rabbis Schwei and Braun concluded that if an Eruv is built without their involvement it would be halachically considered “invalid” and still “certainly forbidden to carry in the streets of the neighborhood on Shabbos.”

Last week, Rabbi Shalom Ber Levine, the Chabad librarian and a scholar of the Alter Rebbe’s teachings, disputed the notion that the Shulchan Aruch Harav would permit an Eruv in an area like Crown Heights.

His 10-page halachic dissertation in Hebrew was released following on an article by resident Dovber Schwartz that argued otherwise.

Discussion over construction an Eruv has long been brewing by younger segments of the community, hoping to roam more freely in the neighborhood on Shabbos. An anonymous GoFundMe campaign has so far raised $2,047 from 16 people and shared 350 times on social media. 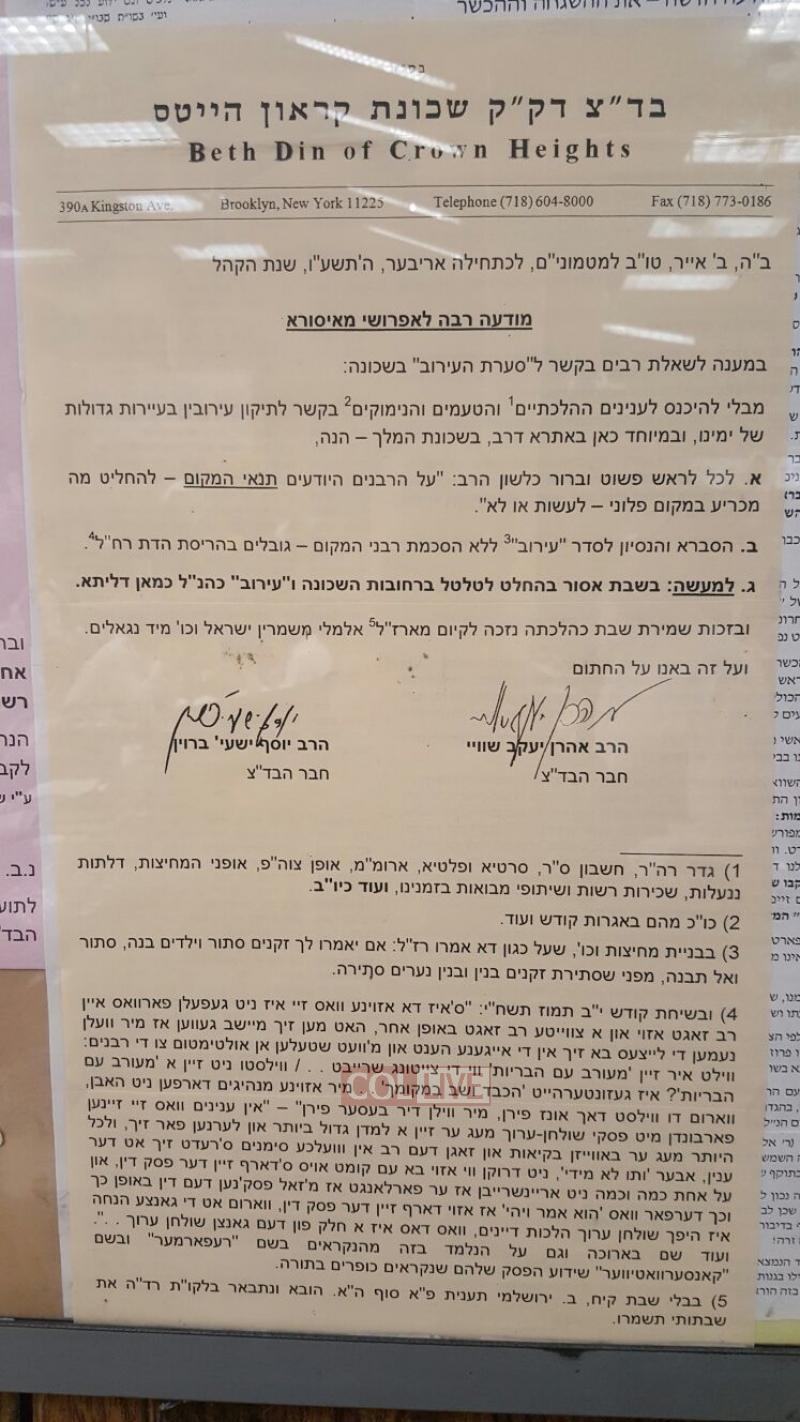