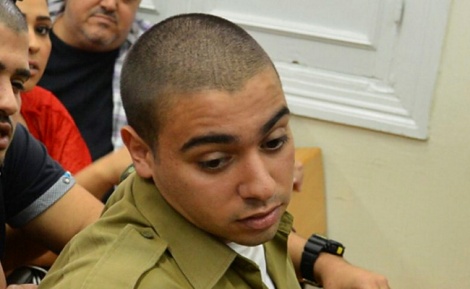 A number of high-ranking officers testified against IDF soldier Elor Azariya, the soldier facing manslaughter charges for shooting and killing a wounded terrorist in Hebron on Purim. The testimony of the top brass came in support of Major Tom Neeman, the Elor’s company commander who testified for the prosecution and then came under attack.

IDF Chief of Staff Lt.-General Gadi Eizenkott spoke out in support of Neeman following the criticism and attacks against him, as did Prime Minister Binyamin Netanyahu and Education Minister Naftali Bennett. Former Defense Minister Moshe Ya’alon also spoke out against the threats leveled against Neeman for testifying against Azariya.