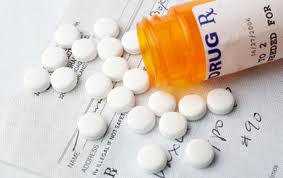 New York is limiting opioid drug prescriptions to seven days of painkillers following a patient’s initial visit to a doctor.

Gov. Andrew Cuomo, signing the new law Wednesday, said it’s among four significant measures that he and state lawmakers are enacting to address the opioid and heroin addiction crisis.

The changes also require insurers to cover initial inpatient drug treatment without prior approval; extend from 48 to 72 hours the time someone can be held for emergency treatment; and add 2,500 addiction-treatment slots statewide.

“It’s not just what people are going through today. What’s most frightening is the exponential increase in the numbers,” Cuomo told a gathering in Buffalo. “Ten years ago we had about six deaths. Now we have about 100 every year in Erie County.”

Overdose deaths have roughly matched the losses from the AIDS epidemic at its peak, Cuomo said. It’s a nightmare for families, especially parents trying to help a child who’s struggling and those whose children have died in “heartbreaking” situations, he said.

“I think probably the most unnatural pain in life is the loss of a child,” he said.

Opioid-related emergency rooms visits in the state increased 73 percent during the years 2010 to 2014, according to state health officials. There were 952 deaths in 2013, the most recent year for which figures were available.

He told the Buffalo group that his own daughter was prescribed a 30-day painkiller supply after having her tonsils out, far more than anyone needs for that procedure.

The law, effective in 30 days, limits initial prescriptions for acute pain to seven days, down from 30 days, with refills or renewals after further consultations. There are exceptions for chronic pain and hospice and palliative care.

It requires insurers to cover necessary inpatient services in their networks for detoxification and rehabilitation without pre-authorization or utilization review during the first 14 days of inpatient treatment, provided the company is notified within 48 hours of admission.

The state this year has budgeted nearly $200 million through the Office of Alcoholism and Substance Abuse Services to address heroin and opioid addiction, administration officials said. That includes $66 million for residential treatment beds with counseling and support services for about 8,000 individuals, $38 million for medication-assisted treatment for 12,000 clients in residential or outpatient settings, plus other programs.

The measure signed by Cuomo on Wednesday will allow for 270 more treatment beds and 2,335 additional program slots, according to the governor’s office.