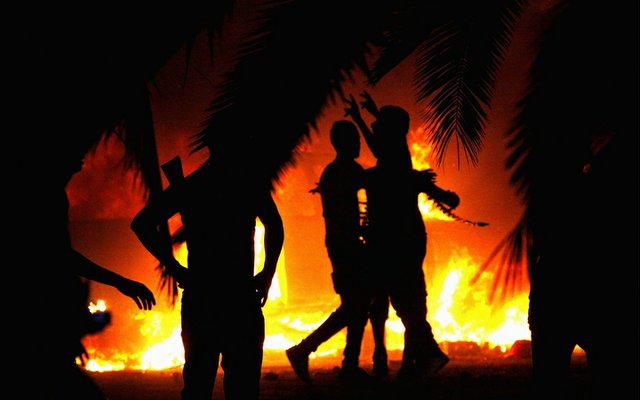 Evidence collected by the House Select Committee on the 2012 attacks in Benghazi, Libya confirms that Defense Department actions could not have saved the lives of four Americans killed, that then-secretary of state Hillary Clinton was actively “engaged” and responsive during the attack, and that no one in the Obama administration lied about what happened, according to a report issued Monday by committee Democrats.

The committee, the Democrats said, “obtained no credible evidence that any Administration official made intentionally misleading statements about the attacks.”

Over the course of the two-year investigation, the minority report said, the panel “squandered millions of taxpayer dollars in a partisan effort to attack a presidential candidate.”

Release of the 344-page Democratic report amounted to a preemptive strike against a majority version, following years of charges the GOP majority was using the committee to undermine Clinton’s presidential campaign.

Republican Chairman Trey Gowdy, R-S.C., has said he hoped to complete the committee’s work before this summer’s nominating conventions. The majority report is expected to conclude that the administration, for political reasons, intentionally misrepresented the facts of the attack on a diplomatic compound that killed U.S. Ambassador J. Christopher Stevens and a State Department official, and an assault hours later on a nearby CIA facility in which two American security contractors died.

“We know we were lied to,” Gowdy said before the investigation began.

In a campaign speech last week, presumptive GOP nominee Donald Trump repeated a claim he had made previously, saying that Clinton’s decisions as secretary of state “spread death, destruction and terrorism everywhere she touched. Among the victims was our late Ambassador Chris Stevens. I mean, what she did with him was absolutely horrible. He was left helpless to die as Hillary Clinton soundly slept in her bed.”

The committee inquiry, which followed investigations by an independent State Department panel and the Republican-led House Intelligence Committee, was marked by escalating partisan sniping and bad faith on both sides. Since early this year – as it became apparent they would not agree on a single report – the two sides have barely been on speaking terms, and have communicated through a series of increasingly nasty public statements.

Gowdy has charged the State and Defense Departments with withholding information and documents.

In the reports, the minority says that Republicans “excluded Democrats from interviews, concealed exculpatory evidence, withheld interview transcripts, leaked inaccurate information, issued unilateral subpoenas, sent armed Marshals to the home of a cooperative witness, and even conducted political fundraising by exploiting the deaths of four Americans.”

“In our opinion,” the report said, “Chairman Gowdy has been conducting this investigation like an overzealous prosecutor desperately trying to land a front-page conviction rather than a neutral judge of facts seeking to improve the security of our diplomatic corps.”

“Decades in the future, historians will look back on this investigation as a case study in how not to conduct a credible investigation,” it said. “They will showcase the proliferation of Republican abuses as a chief example of what happens when politicians are allowed to use unlimited taxpayer dollars-and the formidable power of Congress-to attack their political foes.”

The Democratic report includes transcripts of witness testimony, excepting that of former Clinton aide and confidant Sidney Blumenthal, the release of which it says Gowdy “continues to block.”

In addition to ranking member Rep. Elijah Cummings, D-Md., Democrats on the committee include Reps. Adam Smith of Washington, Adam Schiff and Linda Sanchez of California, and Tammy Duckworth of Illinois.

Findings of the Democrats are largely in synch with previous investigations. “Although the Select committee obtained additional details that provide context and granularity, these details do not fundamentally alter the previous conclusions.”

As have previous reports, the minority investigation concludes that the U.S. military was ill-positioned to respond quickly to the attacks, and says it “could not have done anything differently on the night of the attacks that would have saved the lives of the four brave Americans. ”

U.S. strike aircraft in Europe were not launched, then-defense secretary Leon Panetta said in committee testimony, that they would have made the situation worse. “Okay, yeah, so F-16s go in there and they drop a lot of bombs, but where is the Ambassador,” Panetta testifies. “Where are our people? What’s happening? You don’t just do that. You’ve got to have information.”

The report concluded that no one outside of Libya gave an order to “stand down” a rescue attempt. It also rejected claims by security contractors at the CIA annex that once the attack on the diplomatic facility started, they were ordered by superiors on the ground to delay launching a rescue attempt for Stevens and State Department communications specialist Sean Smith. Several of the contractor survivors later wrote a book, “13 Hours: The Secret Soldiers of Benghazi,” that was the basis for a movie released last year.

The committee interviewed the annex base chief, his deputy and the head of security at the facility. Notified that an attack was underway at the diplomatic facility about an hour away, the three of them talked quickly about how to respond. When asked if they should mount a rescue, the base chief said: “Absolutely.”

One of three told the committee: “Anybody writing any books or making movies, or whatever else, I can tell you none of those guys were in the room when that discussion occurred.”

The committee interviewed all the members of the annex security team members. “They generally agreed that it was reasonable to try to obtain additional security support, but some criticized the length of time that passed before the team departed,” the report said.

Former CIA Director David Petraeus told the committee the total amount of time it took to respond to the attack was “really pretty remarkable and speaks very, very highly, I think, of the sheer professional expertise of these guys, the readiness for this kind of mission, and, frankly, just the sheer determination and spirit to go to the rescue of fellow Americans.”

The report also indicates that one of the State Department’s Diplomatic Security agents who had been badly wounded stopped breathing on the flight to Tripoli after a local Libyan force eventually rescued those at the CIA annex. A Special Forces medic gave him CPR and “got him back breathing,” it says.

As did other reports, the committee minority concludes that security measures at the Benghazi diplomatic compound were “woefully inadequate,” and blames the State Department’s Bureau of Diplomatic Security for failing to respond to requests for additional staffing.

“Contrary to repeated Republican claims,” it says, “not a single witness we spoke to identified any evidence that Secretary Clinton personally denied security requests in Benghazi,” a charge it notes that five Republican House committee chairmen have made in the past.

While Trump and others have charged that Clinton went home to sleep while the attacks were underway, the report quotes numerous witnesses who described Clinton as pro-active and engaged until the rescue had been completed and Stevens was confirmed dead. The attacks began around 4 p.m. Washington time and the rescue took place at about midnight.