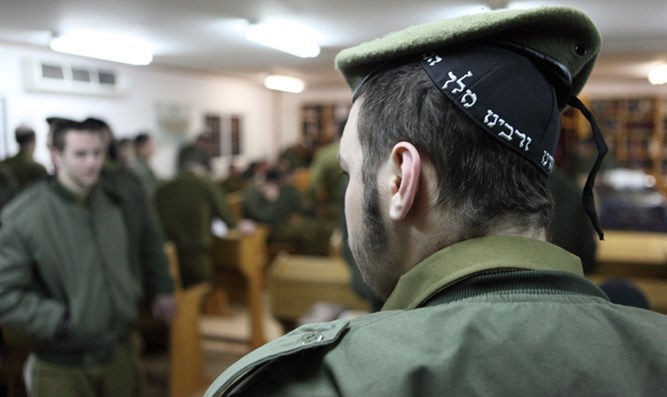 Chabad-affiliated rabbonim have confirmed a deal reported on Kol Berama Radio by which most Chabadnikim will serve in the IDF. According to the deal, 85% of Chabad males will serve in the IDF, inducted by the age of 26. The remainder will be permitted to continue learning. Those included in this 15% will receive a draft deferment to permit dedicating their time to limud.

The deal includes permitting the talmidim to travel to 770 for ‘Kvutza’ for a year and an additional year to study for semicha and prepare for shlichus. This is unique for at present, a draft-eligible male from age 18 who is abroad for over sixty days loses his limud Torah status and is immediately drafted. This agreement was tailored to the needs of the Chabad talmidim.

After the bochrim return from two years abroad, they are generally about 22-years-old and will be permitted to continue learning full time for an additional two years in kollel or yeshiva. One who wishes to may enter the IDF upon his return.

At the age of 24, the talmid will have to make a decision, to enter the military or continue learning. One opting to learn will be permitted to do so until age 26 and then he will have to enter the IDF. This deal is applicable to 300 bochrim who face induction today. Now they will be able to push off their service until the age of 26.

Among the audible voices of opposition to the deal is Rabbi Zalman Gopin of the main Chabad Yeshiva in Kfar Chabad. HaGaon HaRav Moshe Yehuda Leib Landau Shlita of Bnei Brak has in the past spoken out harshly against such a deal, explaining the Rebbe ZT”L was adamantly opposed to IDF service and as such, no Chabad rav has the authority to make such a deal.