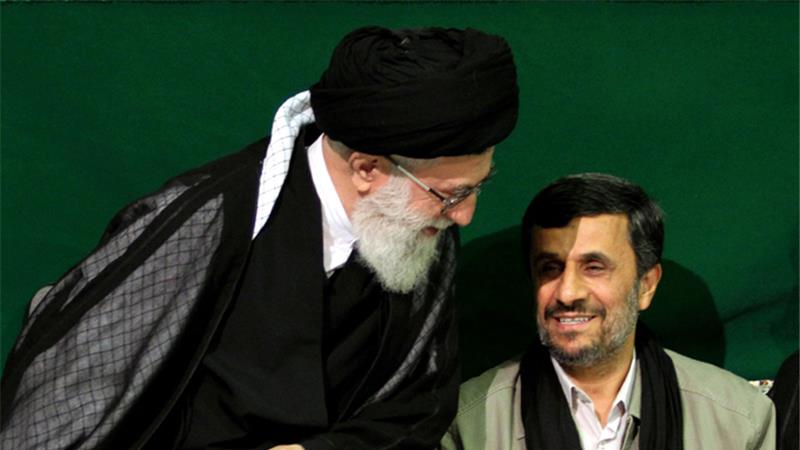 Close allies of Iran’s former President Mahmoud Ahmadinejad, whose presidency was marked by confrontation with the West, said Monday that the country’s supreme leader recommended he not run in next May’s presidential election because he is a polarizing figure among hard-liners.

Mohammad Reza Mirtajeddini, Ahmadinejad’s vice president from 2009 to 2013, and Gholamreza Mesbahi Moghadam, a former parliamentarian and influential cleric, confirmed the news to the website Khabar Online.

“If he doesn’t follow the state objection, he will defiantly lose many of his supporters,” Moghadam added.

During a meeting with clerics on Monday, Khamenei said he recommended that a potential candidate not run, without naming him. Khamenei warned that it would lead to a “polarized situation” that would be “harmful for the county.”

The supreme leader has the final say on all state matters in Iran. All candidates must be approved by the Guardian Council, a clerical body in which Khamenei appoints half the members.

Ahmadinejad has not announced any plans to run for re-election, but has made several speeches in recent months, prompting speculation. While Ahmadinejad previously served two four-year terms, Iranian law calls only for a one-term cooling-off period before he’s eligible to run again.

In August, the former president wrote a letter to President Barack Obama, asking him to “quickly fix” a U.S. Supreme Court ruling that allowed families of people killed in attacks linked to Iran to collect damages from some $2 billion in frozen Iranian assets.

During his eight-year presidency, Ahmadinejad repeatedly questioned the scale of the Nazi Holocaust and predicted the demise of Israel. He also greatly expanded Iran’s controversial nuclear program, prompting tighter international sanctions, which were eventually lifted under last year’s nuclear deal.

His disputed 2009 re-election saw widespread protests and violence. Two of his former vice presidents have since been jailed for corruption.