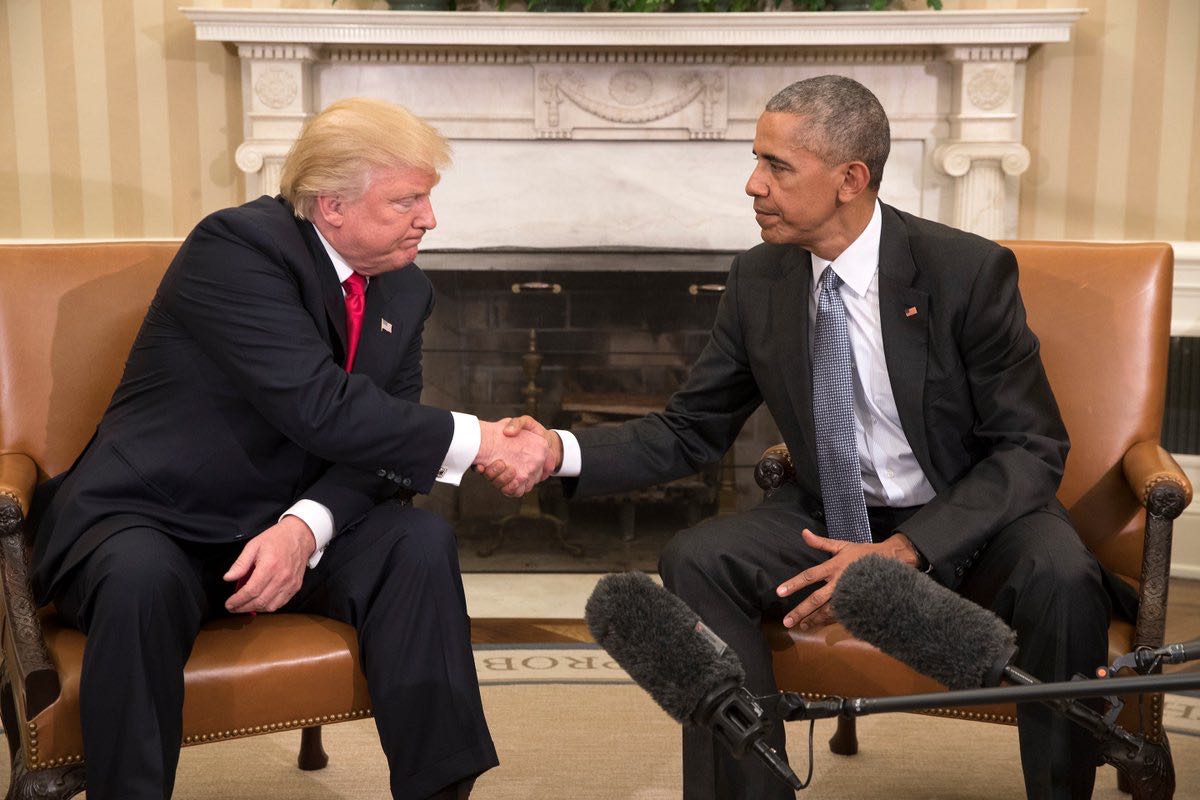 In a cordial beginning to their transfer of power, President Barack Obama and President-elect Donald Trump met at the White House Thursday. Obama called the 90-minute meeting “excellent,” and his successor said he looked forward to receiving the outgoing president’s “counsel.”

Afterward, Obama said to Trump, “We now are going to want to do everything we can to help you succeed because if you succeed the country succeeds.”

The two men, who have been harshly critical of each other for years, were meeting for the first time, Trump said. The Republican said he looked forward “to dealing with the president in the future, including counsel.”

Obama blasted Trump throughout the campaign as unfit to serve as a commander in chief. Trump spent years challenging the legitimacy of Obama’s presidency, falsely suggesting Obama may have been born outside the United States.

But at least publicly, the two men appeared to put aside their animosity. As the meeting concluded and journalists scrambled out of the Oval Office, Obama smiled at his successor and explained the unfolding scene.

If Trump makes good on his campaign promises, he’ll wipe away much of what Obama has done during his eight years in office. The Republican president-elect, who will govern with Congress fully under GOP control, has vowed to repeal Obama’s signature health care law and dismantle the landmark nuclear accord with Iran.

Trump traveled to Washington from New York on his private jet, breaking with protocol by not bringing journalists in his motorcade or on his plane to document his historic visit to the White House. Trump was harshly critical of the media during his campaign and for a time banned news organizations whose coverage he disliked from his events.

Also on Trump’s schedule were meetings with House Speaker Paul Ryan of Wisconsin and Senate Majority Leader Mitch McConnell of Kentucky to discuss the GOP legislative agenda. Ryan, who holds the most powerful post in Congress, was a sometime critic of Trump, was slow to endorse him and did not campaign with the nominee. Pence intended to join both meetings.

As scores of journalists waited to be admitted to the Oval Office to see Obama and Trump together, they saw White House chief of staff Denis McDonough walking along the South Lawn driveway with Jared Kushner, Trump’s son-in-law. A handful of Trump aides trailed them.

The anticipated show of civility at 1600 Pennsylvania Avenue contrasted with postelection scenes of protests across a politically divided country. Demonstrators from New England to the heartland and the West Coast vented against the election winner on Wednesday, chanting “Not my president,” burning a papier-mache Trump head, beating a Trump pinata and carrying signs that said “Impeach Trump.”

Republicans were emboldened by Trump’s stunning victory over Hillary Clinton, giving the GOP control of the White House and both chambers of Congress.

In an emotional concession speech, Clinton said her crushing loss was “painful and it will be for a long time” and acknowledged that the nation was “more divided than we thought.”

Still, Clinton was gracious in defeat, declaring: “Donald Trump is going to be our president. We owe him an open mind and the chance to lead.”

In Washington, Trump’s scant transition team sprang into action, culling through personnel lists for top jobs and working through handover plans for government agencies. A person familiar with the transition operations said the personnel process was still in its early stages, but Trump’s team was putting a premium on quickly filling key national security posts. The person was not authorized to discuss details by name and spoke on condition of anonymity.

According to an organizational chart for the transition obtained by The Associated Press, Trump was relying on experienced hands to help form his administration. National security planning was being led by former Michigan Rep. Mike Rogers, who previously worked for the FBI. Domestic issues were being handled by Ken Blackwell, a former Cincinnati mayor and Ohio secretary of state.

As president-elect, Trump is entitled to get the same daily intelligence briefing as Obama — one that includes information on U.S. covert operations, information gleaned about world leaders and other data gathered by America’s 17 intelligence agencies. The White House said it would organize two exercises involving multiple agencies to help Trump’s team learn how to respond to major domestic incidents.

If Trump makes good on his campaign promises, the nation stands on the brink of sweeping change in domestic and foreign policy. He’s pledged to repeal Obama’s health care law and pull out of the landmark nuclear accord with Iran. He’s vowed to build a wall along the U.S.-Mexico border and temporarily ban immigration from nations with terror ties.

It’s unclear whether Trump will embrace many of the traditions of the presidency. He’ll enter the White House owning his own private jet as well as a hotel just blocks away on Pennsylvania Avenue. 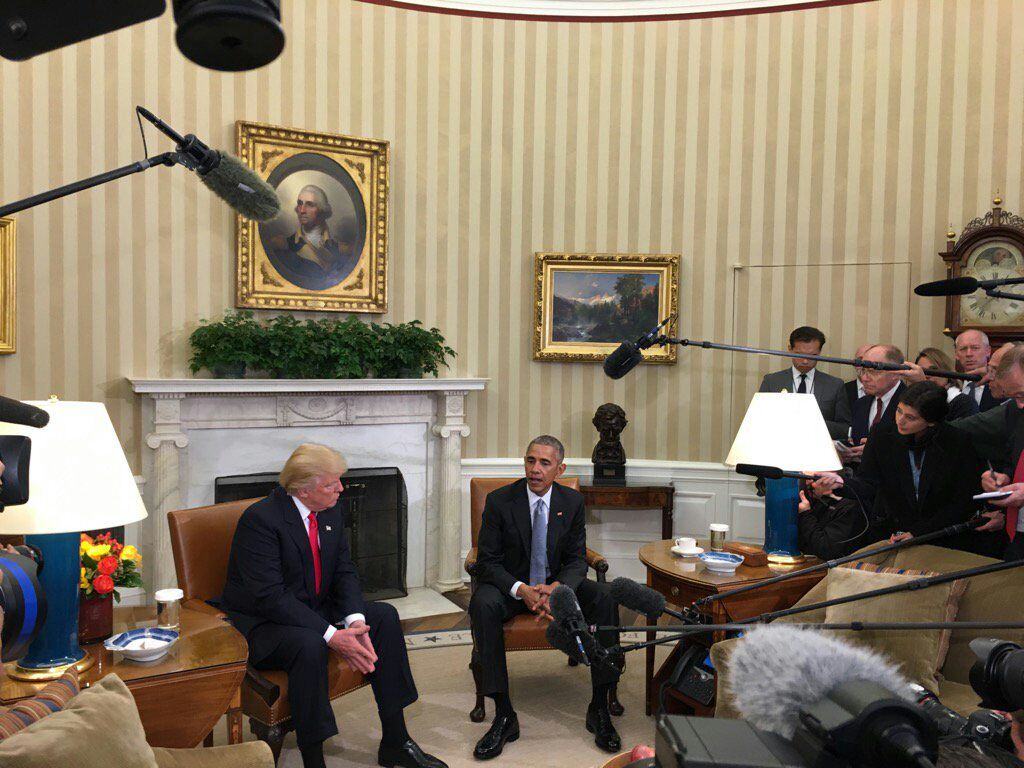