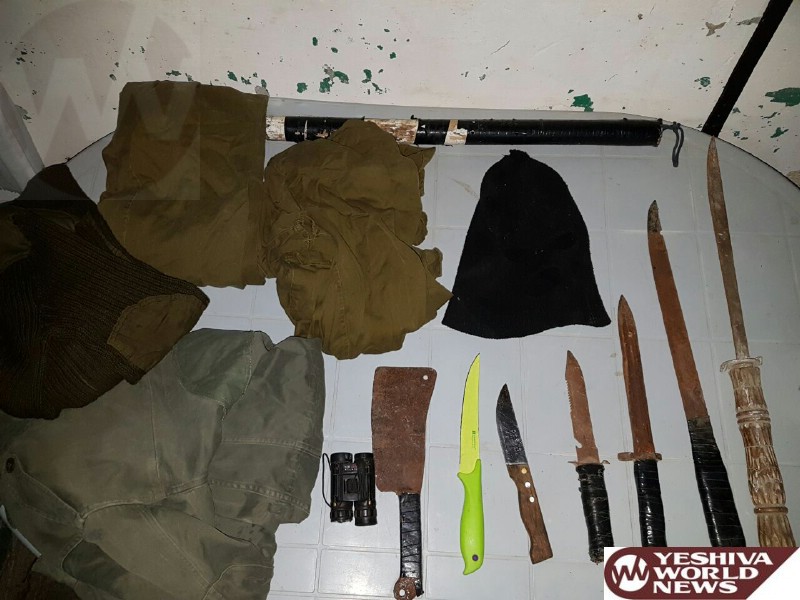 IDF forces during the night (Monday to Tuesday) of 28 Cheshvan continued counter-terrorism operations in areas of Yehuda and Shomron, working in tandem with the Shin Bet and making a total of 15 arrests including 8 suspects wanted for involvement in attacks and violence against security forces.

In one small PA (Palestinian Authority) village in the Binyamin regional of Shomron the force also uncovered uniforms and knives, which were all confiscated.