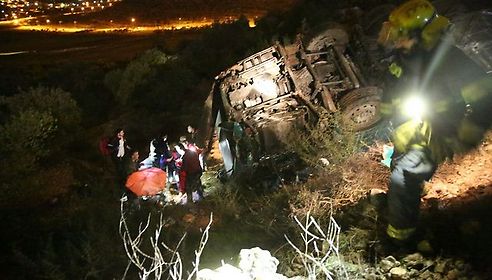 [PHOTOS & VIDEO IN EXTENDED ARTICLE] Emergency personnel are on the scene of a serious accident involving a Egged bus which reportedly overturned and rolled around 70 meters down a cliff.

The 461 bus reportedly left Yerushalayim headed to Maale Levona just southwest of Ariel in the Binyamin Regional Council. The incident happened while the bus was driving on Route 60.

Zaka is reporting that there are as many as 3 fatalities R”L and numerous victims in critical condition.

The IDF has multiple 669 Unit choppers on the scene evacuating the wounded.

United Hatzalah volunteers and MDA are operating with a large reaponse.

Further details will be published when they become available. 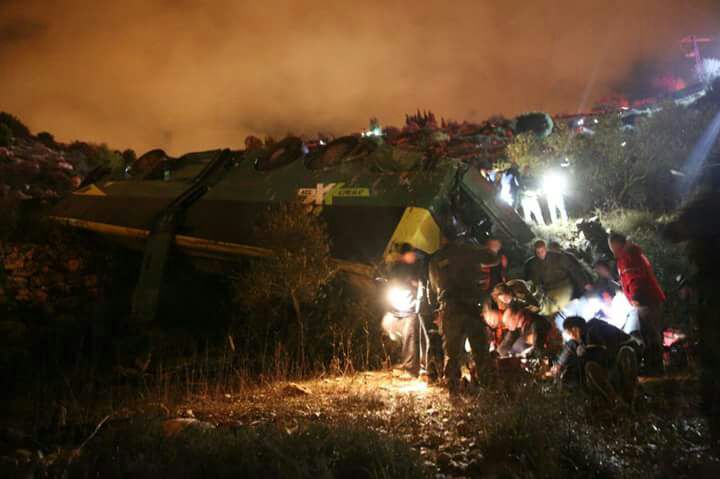