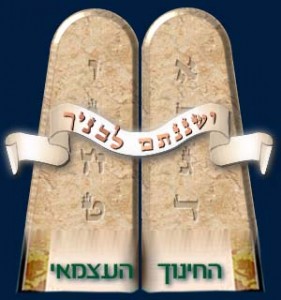 The Chinuch Atzmai system and the Emanuel Beis Yaakov are under enormous pressure as the 3 Tammuz High Court of Justice appearance date approaches. All efforts to reach an agreement have failed, despite the involvement of many prominent rabbonim, including Rav Tuvia Blau and even Rishon L’Tzion Rabbi Shlomo Amar Shlita, who has been approached as well in the hope of bringing the matter to a conclusion without the court’s interference.

Agudah officials met earlier in the week, expressing their unwillingness to accept any court ruling that will compel a compromise regarding chareidi chinuch. Deputy Minister Meir Porush has adopted a more militant attitude, and vowed if parents are sent to jail, he will move Agudah’s office to the prison gates and maintain a presence there if necessary.

There is also talk of shutting the school as a solution, but some fear the can of worms has been opened and it is too late, that the court’s involvement will be system-wide, impacting Chinuch Atzmai mosdos around the country, not just the beis yaakov in Emanuel.

It now appears that a number of notable Slonimer askanim are preparing a libel suit against Yoav Lalum, who stands at the helm of the Noar K’halacha organization and is responsible for bringing the entire Emanuel Beis Yaakov case to the court. The suit is based on an interview with Lalum on Kol Chai Radio this week, in which he stated that the Beis Yaakov and Slonim receive funds from the International Fellowship of Christians & Jews headed by Rabbi Yechiel Eckstein.

The askanim explain that unlike Lalum, they are not moving ahead with the lawsuit until their rabbonim shlita permit such a move, explaining they don’t just act on their own volition as it appears Lalum does.

Lalum in recent days has been interviewed quite a bit on radio, engaging in confrontations with opponents regarding the Beis Yaakov Emanuel.

Interestingly, the weekly BaKehilla, affiliated with Belz chassidus, reports it has received documents showing without a doubt that Lalum’s organization received hundreds of thousands of dollars in assistance from Rabbi Eckstein’s organization. Gedolim in Eretz Yisrael have prohibited accepting such funds, as has Yad L’Achim.

In a related matter, Agudas Yisrael leaders are also concerned regarding another petition filed with the High Court of Justice, by Prof. Uriel Reichman and others, seeking to have the court compel Chinuch Atzmai to include ‘core subjects’ in the curriculum. Leaders of Agudah met this week to decide how to address this suit, which may also place Chinuch Atzmai at odds with the nation’s highest court.