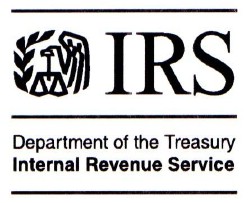 As part of the intensifying hunt for Americans who try to evade taxes by stashing money overseas, the Internal Revenue Service has been putting more of a focus on taxpayers who hold foreign bank or financial accounts that total $10,000 or more, even for a short time.

Taxpayers who hold those accounts are required to file a Foreign Bank Account Reports disclosure form with the IRS and also pay the appropriate taxes on those holdings.

The penalties for individuals who willfully fail to file the form are especially severe. Under the terms of the Patriot Act, which aims to stop the financing of terrorists, the maximum

fine for a violation is $100,000 or half of the amount in the account, per year. Even nonwillful violations can carry a penalty of up to $10,000 per year.

“The penalties are fairly draconian,” said David Barrett, a tax partner at the Buffalo accounting firm of Freed Maxick & Battaglia.

Beyond that, with Canada just across the Niagara River and thousands of foreign nationals attending local colleges and working in Western New York, the pool of residents who fall under the reporting requirement could be extensive.

“There are so many foreign nationals and people who are naturalized citizens or people who are here on visas,” said Teia M. Bui, a Clarence attorney who handles financial reporting cases. “There are a lot of individuals who have lingering foreign bank accounts.”

The guidelines for triggering the reporting requirement are structured in a way that they could trip up unsuspecting taxpayers, Bui said. For instance, the $10,000 minimum value on the accounts covers the total of all foreign accounts, so if a resident has $4,000 in one account and $6,000 in another, the rules require the disclosure report to be filed.

And the combined balance only has to hit the $10,000 mark at one point during the course of a year. So if a resident who owns a cottage in Crystal Beach briefly shifts $10,000 to their Canadian checking account to pay their real estate taxes on the summer property, the reporting requirement would be triggered, Barrett said.

“One thing that makes our area unique is the proximity to Canada, and the number of people who have summer places over there, or business dealings over there,” Barrett said.

Much of the attention over the reporting requirement has centered on Swiss banking giant UBS, which paid a $780 million fine last year and admitted criminal wrongdoing involving offshore services it sold to wealthy Americans through its private bank that allowed them to evade billions of dollars in taxes. The Swiss Parliament in June agreed to give the IRS details of 4,450 accounts held by wealthy Americans it suspects of evading taxes. Other banks, from HSBC to Credit Suisse, also have been linked to similar cases.

But Barrett and Bui said the rules — and the heightened enforcement of them — extends beyond the wealthiest Americans.

“People who may have very innocently failed to report these accounts — on a much smaller scale — are getting snarled up in this,” Barrett said. “The government certainly seems to be elevating it to the point where it’s a big deal.”

The efforts have prompted more taxpayers to file the required reports. About 550,000 taxpayers filed the reports last year, up nearly 60 percent from the year before, the IRS said.

The IRS last year offered a voluntary disclosure program for taxpayers who had run afoul of the reporting requirements, but that initiative ended in October. The deadline for filing reports this year was June 30.

But Bui advises taxpayers who missed those deadlines not to ignore the issue and hope the IRS won’t notice.

“They should just come forward, get clean,” she said.