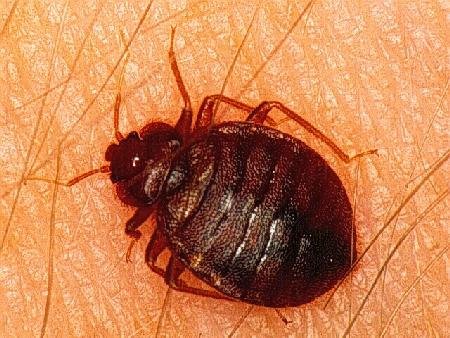 Bedbugs are taking over New York.

A new Daily News-Marist poll suggests that The City That Never Sleeps is probably too busy itching: One in 10 New Yorkers has now battled bedbugs in their home.

That’s twice as many as the city estimated were plagued by the pests in 2009.

The poll results suggest that more than 800,000 New Yorkers have had bloodsucking bedbugs crawling in their sheets.

From swanky glass lofts to creaky tenement walkups, the plague of parasites appears to have spread fairly evenly across the five boroughs.

But money makes a difference: Twice as many people who made less than $50,000 a year had bedbugs, compared with those with higher incomes. Only 2% of Republicans had bedbugs, while 12% of Democrats did.

Though infestations at downtown hotels and boutiques get most of the attention, Manhattan is the borough with fewest workplace bedbugs, according to the survey conducted by the Marist poll for the Daily News.

Ten percent of respondents in Queens, Staten Island and Brooklyn reported bedbugs at work, as did 8% of Bronx residents, but just 3% of Manhattanites were afflicted.

Bedbugs are hard to see and hard to kill. The size of a rice grain, they only move around at night and can go many months without feeding. They spread by hitching rides on clothes, luggage or used furniture.

Nearly eradicated by DDT in the 1940s, they are back – and extra pesticide-resistant.

The city recently allocated half a million dollars in anti-bedbug funds and is considering naming a bedbug “czar” so New Yorkers can sleep tight.

The News poll found half the city doesn’t think officials are doing enough to stamp out the bloodsuckers.

The poll also found 67% of New Yorkers think the best way to discover bedbugs is to see their bites. But scientists say only 50% of people are allergic to bedbug secretions – the rest never develop visible bites.