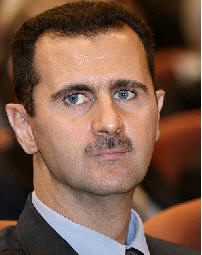 On the same day that Egypt has suspended online activity, Syria has also blocked internet service.

Syria is known for a tight control of the internet, which was tightened further after the unrest in TUnisia, reports Reuters. Now, Al Arabiya is reporting that internet services have gone down completely in the country.

Egypt’s online services have reportedly been down since last night as the country’s deadly protests geared up for what was planned as the largest day of protests so far.