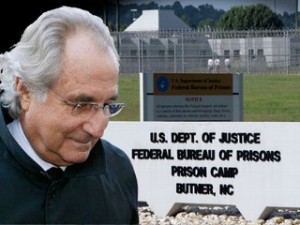 Imprisoned US Ponzi scheme fraudster Bernard Madoff alleged that some senior executives at J.P. Morgan Chase & Co. “knew what was going on” and that all the banks were given sufficient account information to detect any suspicious activity, the Financial Times reported Friday.

In an interview from his North Carolina jailhouse, Madoff claimed, “I am not a banker, but I know that $100 billion going in and out of a bank account is something that should alert you to something … There were senior people at the bank who knew what was going on.” He did not elaborate.

Irving Picard, the trustee liquidating Madoff’s firm, Bernard L. Madoff Investment Securities, filed a lawsuit in December 2010 against J.P. Morgan alleging that the bank was “willfully blind to the fraud” and “complicit in it.”

Madoff also claimed that HSBC Holdings and UBS, which were also being sued by Picard, were “going to have big problems.”

J.P. Morgan, HSBC and UBS all denied any wrongdoing, the FT reported.

Madoff, now 72, confessed in 2008 to operating a $65 billion Ponzi scheme that destroyed the life savings of some 2,300 people. He was sentenced to 150 years in jail and was imprisoned in Butner Federal Corrections Complex in Butner, N.C.