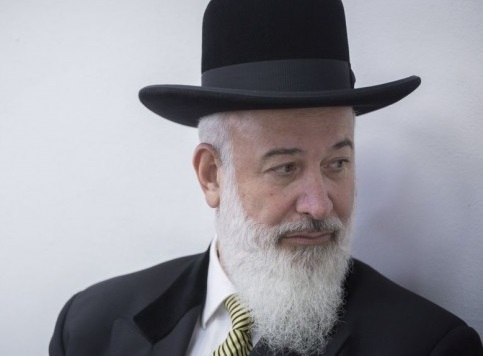 The state prosecutor on Thursday 10 Nissan expressed support for a plea bargain agreement with former Chief Rabbi of Israel Rabbi Yonah Metzger. The agreement was presented to the High Court after a district court had rejected the deal earlier, sentencing the rabbi to 4.5 years imprisonment for his conviction of an plethora of white collar charges. Under the plea bargain, his sentence is 3.5 years, of which he will only have to serve 2 years, Walla News reports.

The prosecution told the High Court it has learned that there were errors in presenting the original plea bargain deal, errors the court called “cardinal”. Attorneys Tal Gabbai and Yehuda Fried told the High Court the deal had been accepted at the highest levels of the State Prosecutor’s Office and one of the reasons was to encourage public servants to admit to their actions and sign such agreements. The prosecution also explained there are difficulties regarding the integrity of the state’s main witness, Rabbi Metzger’s former driver and personal assistant.

In addition, Rabbi Metzger addressed the fact the district court stated he has not expressed remorse, standing before the High Court in tears, seeking the court’s mercy. “I was asked by Justice Moshe HaKohen if I had anything to add. I was unaware I was expected to express remorse before the court. I am stating now that I transgressed, sinned and broke the state laws. I do not have to be punished more. I have accepted responsibility for my actions” he told the High Court.

The rabbi is expected to begin serving his prison sentence on May 3, 2017. In addition, he has been fined NIS 5 million.