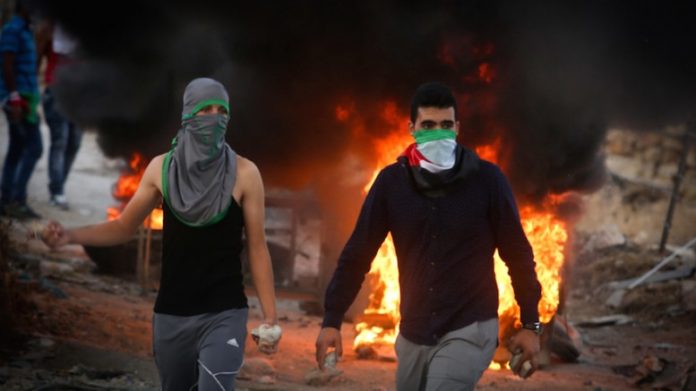 On Tuesday night Arab assailants threw four Molotov cocktails at a home in the Jewish neighborhood of Ma’aleh Zeitm located on the Mount of Olives in east Jerusalem. The house attacked is known as Beit Moskovitz and it is suspected that the attack was an attempted arson aimed at killing the residents.

Three of the four firebombs landed in the courtyard of the house and exploded causing localized fires. Community spokesperson Josh Wander confirmed that there were no injuries. The fourth firebomb landed but did not explode.

Police responded to the incident and are searching for the perpetrators who fled immediately after launching the explosives. An ongoing investigation is being conducted by the police regarding the incident.