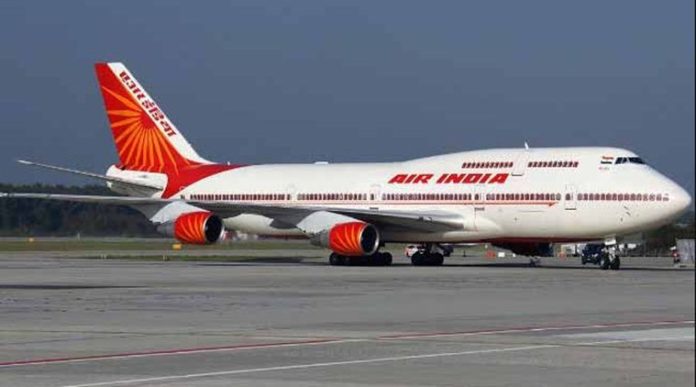 In cooperation with the Tourism Ministry and for the first time, Air India landed in Israel on Thursday, 7 Nissan.

Air India launched its direct flight from New Delhi to Tel Aviv, with the grant from the Tourism Ministry. The route opened following the marketing efforts of the Tourism Ministry that included a grant for marketing the new route, the opening of an Israel Government Tourist Office in India and dedicated campaigns that resulted in a steady increase in the numbers of tourists from India. In 2018, the upward momentum in tourist traffic from India has increased, with a 33% increase in incoming tourism in Jan-Feb 2018 on the same period last year and 54% on the same period in 2016.

In 2016, Tourism Ministry Director-General met in India with the CEO of Air India, presenting him with the business potential inherent in opening a direct route to Israel. Today, it is possible to point to the beginnings of the realization of this potential, with a 47% increase in tourist entries from India in 2017 as opposed to 2015. More than 50 million Indians hold passports.

The Tourism Ministry’s Inbound Tourism Survey shows that the Indian tourist stays an average of 6.2 nights in Israel, spending on average $1,066. According to a market survey that the ministry carried out, more than 350 million people, some of whom surf the internet, view Israel as the Start-Up Nation and a leading destination in culinary, wine and lifestyle tourism.

Incoming tourism from India to Israel:

Having identified the significant potential in incoming tourism from India, the Tourism Ministry increased its marketing budget in India and, four years ago, opened a tourist office in Mumbai to promote Israel as a tourism destination. The ministry is working to bring 80,000 – 100,000 tourists from Indian within the next few years.

Outgoing tourism from India is the fastest-growing in the world, with significant tourism potential. Today, India is the second largest source country in the Far East for incoming tourism (after China). There are about 300 million middle class Indians and about 34% of Indians prefer to spend their disposable income on travel and vacations.

Tourism Minister Yariv Levin: “I am pleased that the great efforts we made with Air India over the last two years are bearing fruit and a direct route from New Delhi to Israel has now opened. The new route will contribute to an increase in tourist traffic from India, which is enjoying significant upward momentum. The opening of the route is part of the marketing revolution that I am leading in the ministry, that has brought record numbers of incoming tourists to Israel.”