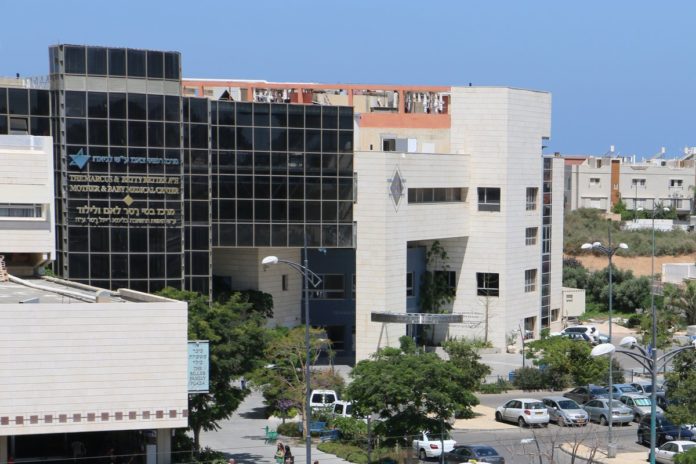 Last Tuesday was the happiest day of D.’s life and that of C, chareidim in their 20s from Netanya. At seven in the evening, in Laniado Hospital, the held their daughter for a first time, born ten months after the couple’s marriage. Two days later, their simcha turned to concern, as a nurse informed the mom their daughter was transferred to a preemie ward because she was not responding. On Thursday afternoon, the parents were told the child’s condition was not good and she had to undergo resuscitation.

The husband, a member of a Netanya kollel, spoke with Kikar Shabbos News, explaining the situation was outrageous. He explains they ran to the ward and his wife was crying, begging them to resuscitate her again. They told the mother “We tried”, instead of showing some humility and remain silent in front of a young panicked woman”.

“At this point, I insisted we see the doctor. He told us they found the baby dead and tried to resuscitate her. It is classified as crib death. This is how we were told, without a social worker which is required in such cases”.

The mother’s dad also spoke with Kikar News. He explains he received a call that they should come to the hospital. He described how his son-in-law briefed him on their way to the hospital. “I arrived and saw my daughter falling apart. I asked where the social worker was. They began to make excuses. They only called her about a half hour later”.

The family maintains the death was the result of negligence, adding the birth was normal and the child was perfect, weighing 3kg. shortly following the child’s death, she was checked again and there was nothing remarkable to report. The dad asks hospital officials are now avoiding them all. They feel the baby choked and there was no one to respond as should have been the case. When they found her, it was too late, as she was cold and blue.

They add that only after receiving an inquiry from Haaretz health correspondent Roni Linder-Ganatz, who broke the story, did the hospital ‘remember’ to update the Health Ministry of the death of the infant. This was to have been done immediately as per protocol.

The father of the infant is angry, and feels they were taken advantage of because they are chareidi. He explained the attitude of the hospital led him to understand how the Yemenite children were taken from their families.

Hospital officials deny the accusations of negligence. They admit the case is tragic, but the care given was not compromised. They insist the notification to the family was done by the unit chairman, with a social worker present and that the Health Ministry report was filed in a timely fashion as required.