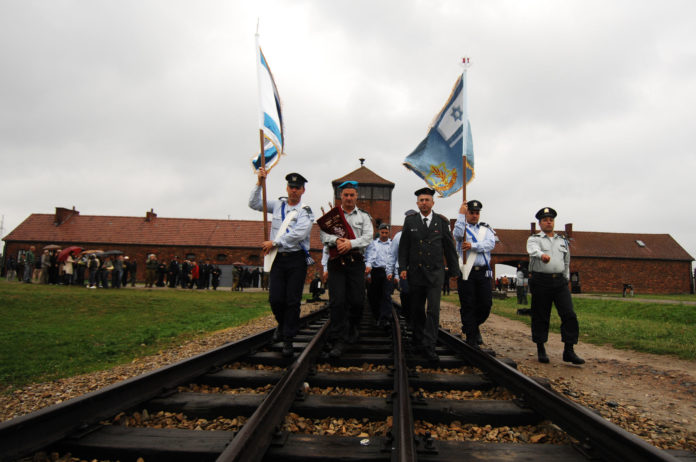 An IDF officer serving in the reserves, created a bit of a storm when he displayed a sign written in Polish “You were also responsible” during their visit to the Auschwitz death camp. The officer was a part of the Witnesses in Uniform program of the IDF, bringing officers to the camps to get a first-hand look at the atrocities. This reservist however felt compelled to send a clear message after Poland recently passed its law distancing itself and its people from responsibility for the atrocities which occurred.

According to the Galei Tzahal (Army Radio) report, this occurred last week as a delegation of Witnesses in Uniform arrived at Auschwitz. The local guards filmed the officer’s actions and his sign and demanded that he cease. He was not taken into custody. IDF officials are probing the incident, confirming it occurred during a group photograph.

It is added the IDF promises to seriously discipline the reservist responsible for the incident.