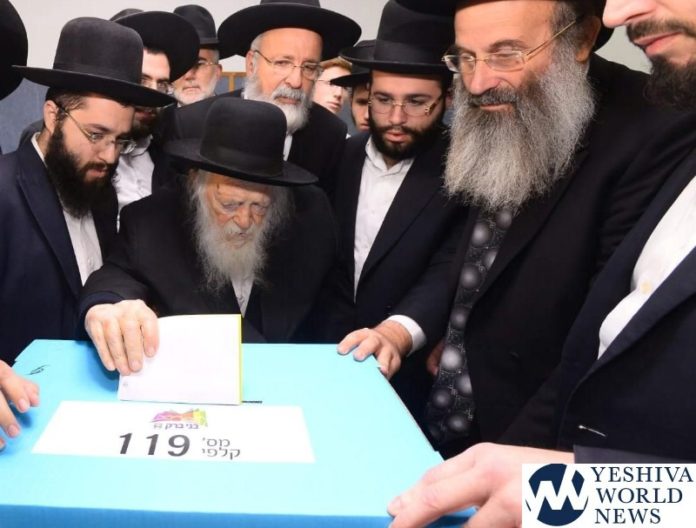 Israelis are voting in municipal elections across the country.

In the closest watched race Tuesday, four candidates are hoping to become the next mayor of Jerusalem.

If no one captures 40 percent of the votes, the top two finishers will advance to a runoff.

Jerusalem is a diverse city, with a Jewish population divided between secular residents, modern Orthodox and ultra-Orthodox. In addition, about one-third of the population is Palestinian.

There are 6,653,808 eligible voters nationwide. There are 11,00 polling stations in 251 cities, regional and local municipalities. There are 3,400 lists of candidates and 863 persons running to become mayor or head of a local council. Polling stations opened at 7:00AM and close at 10:00PM. In communities with fewer than 350 individuals, polling closes at 8:30PM. Public Security Minister Gilad Erdan reports 16,000 uniformed and plainclothes policepersons assigned to polling stations and other areas to ensure the day passes without incident. 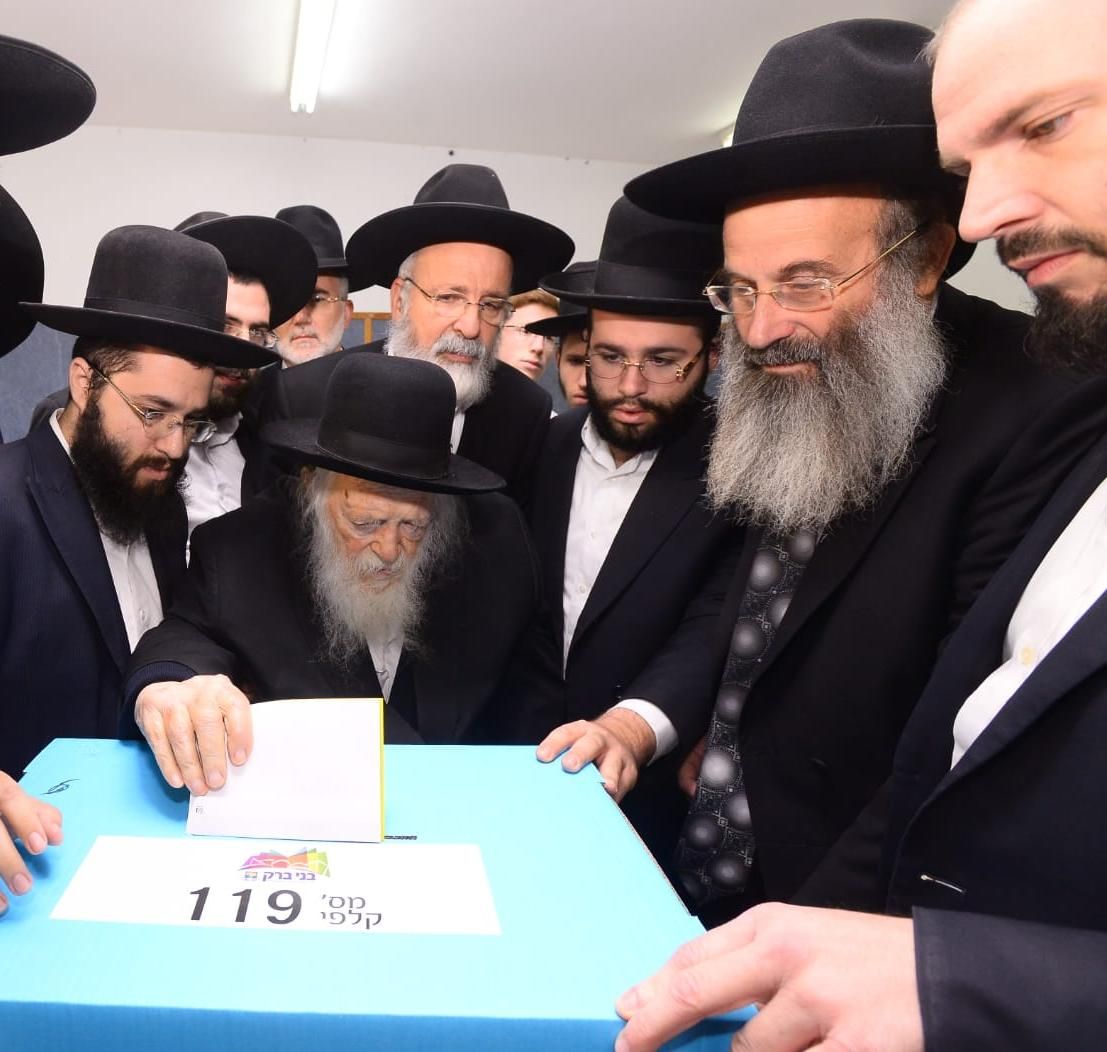 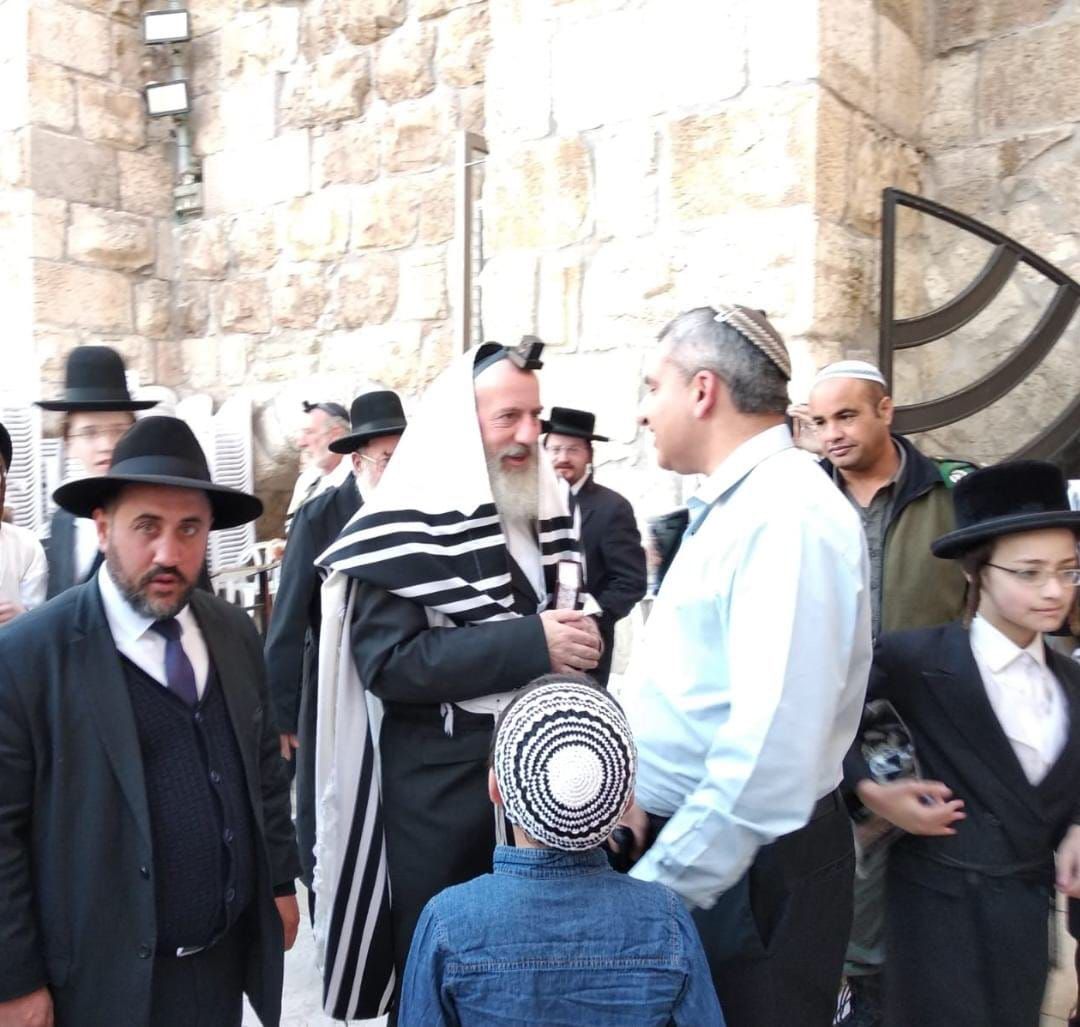 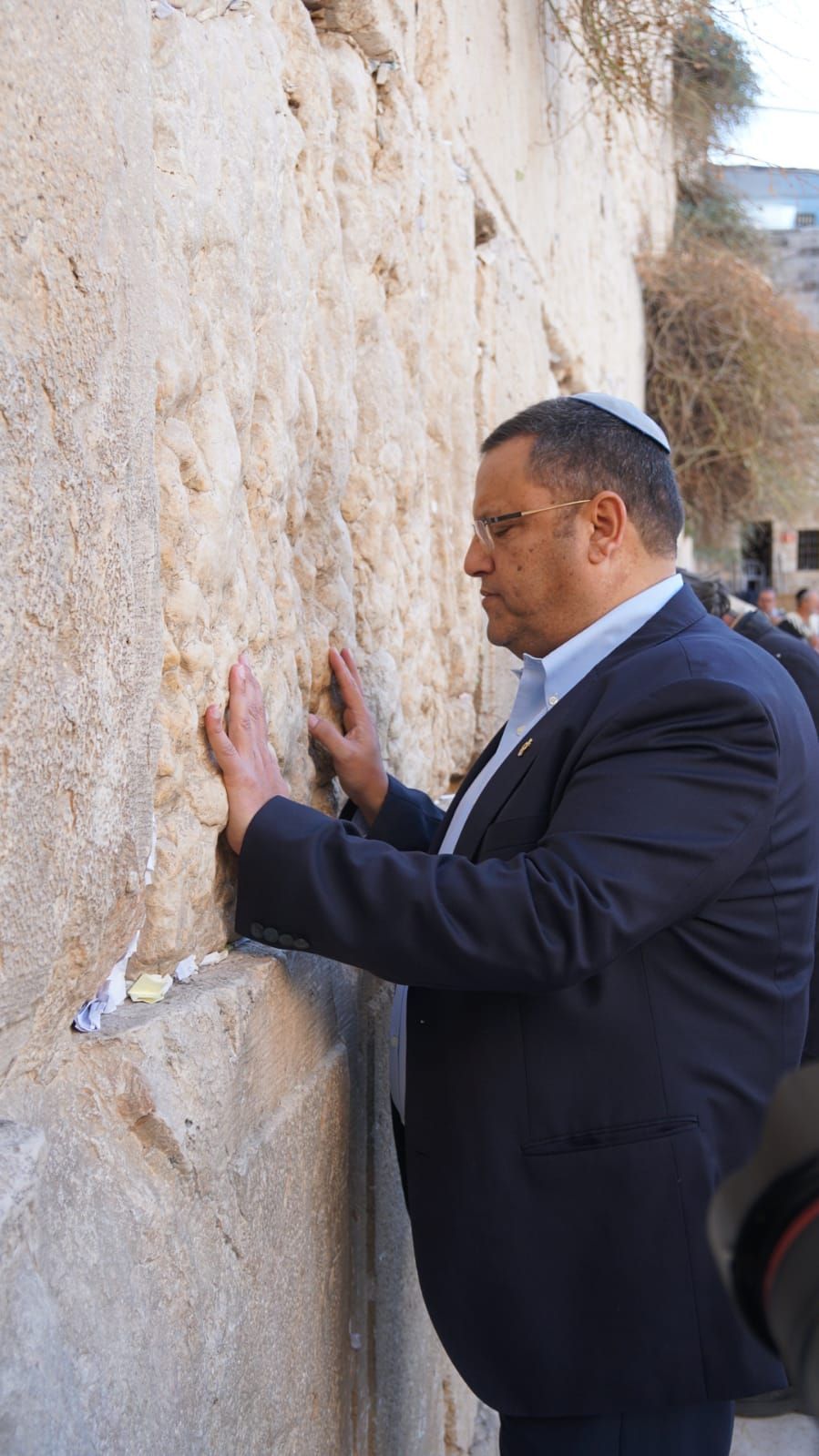 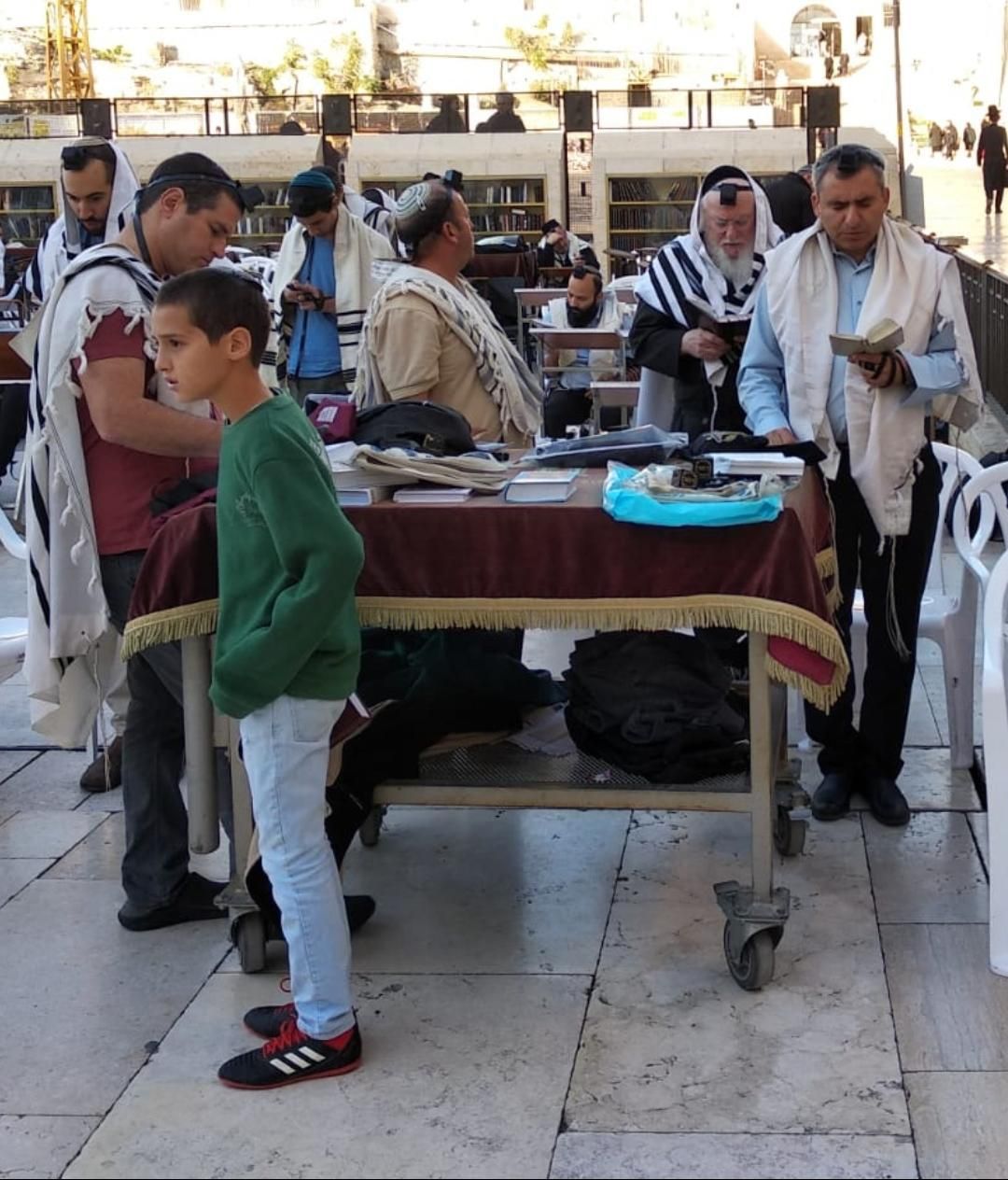 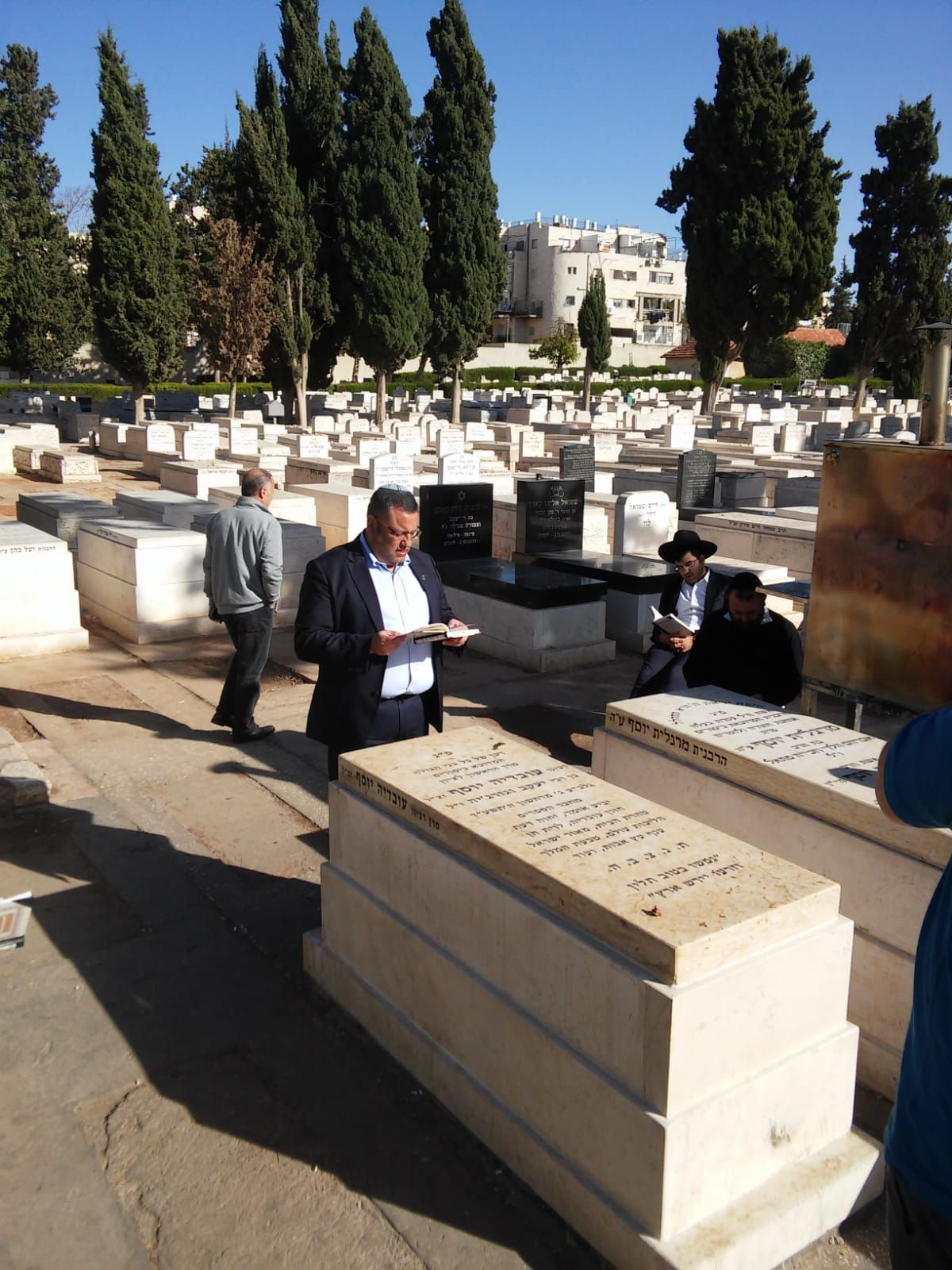 MK Moshe Gafne voting
He explains it is a mitzva to vote in line with instructions from Gedolei Torah Shlita. 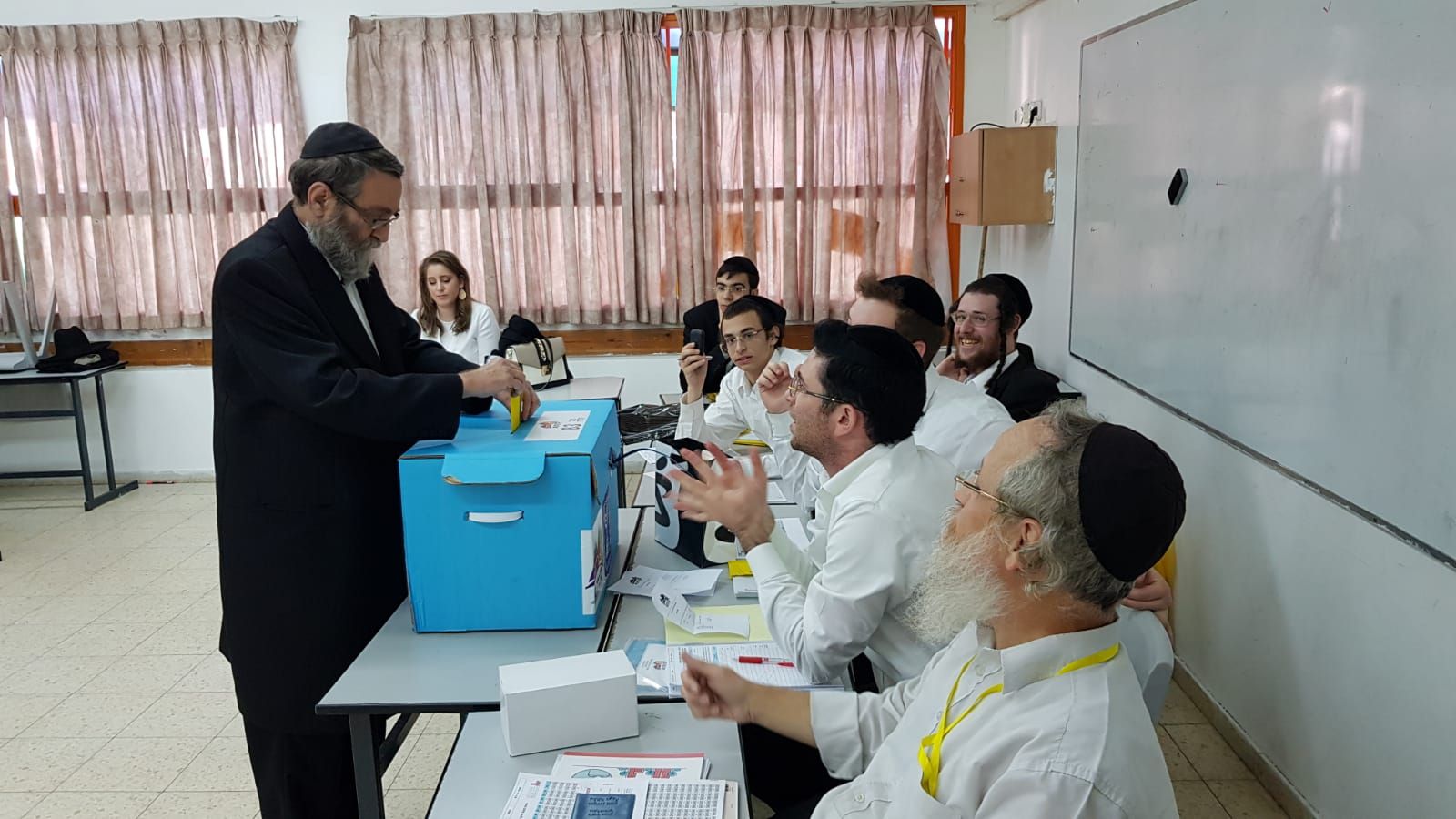 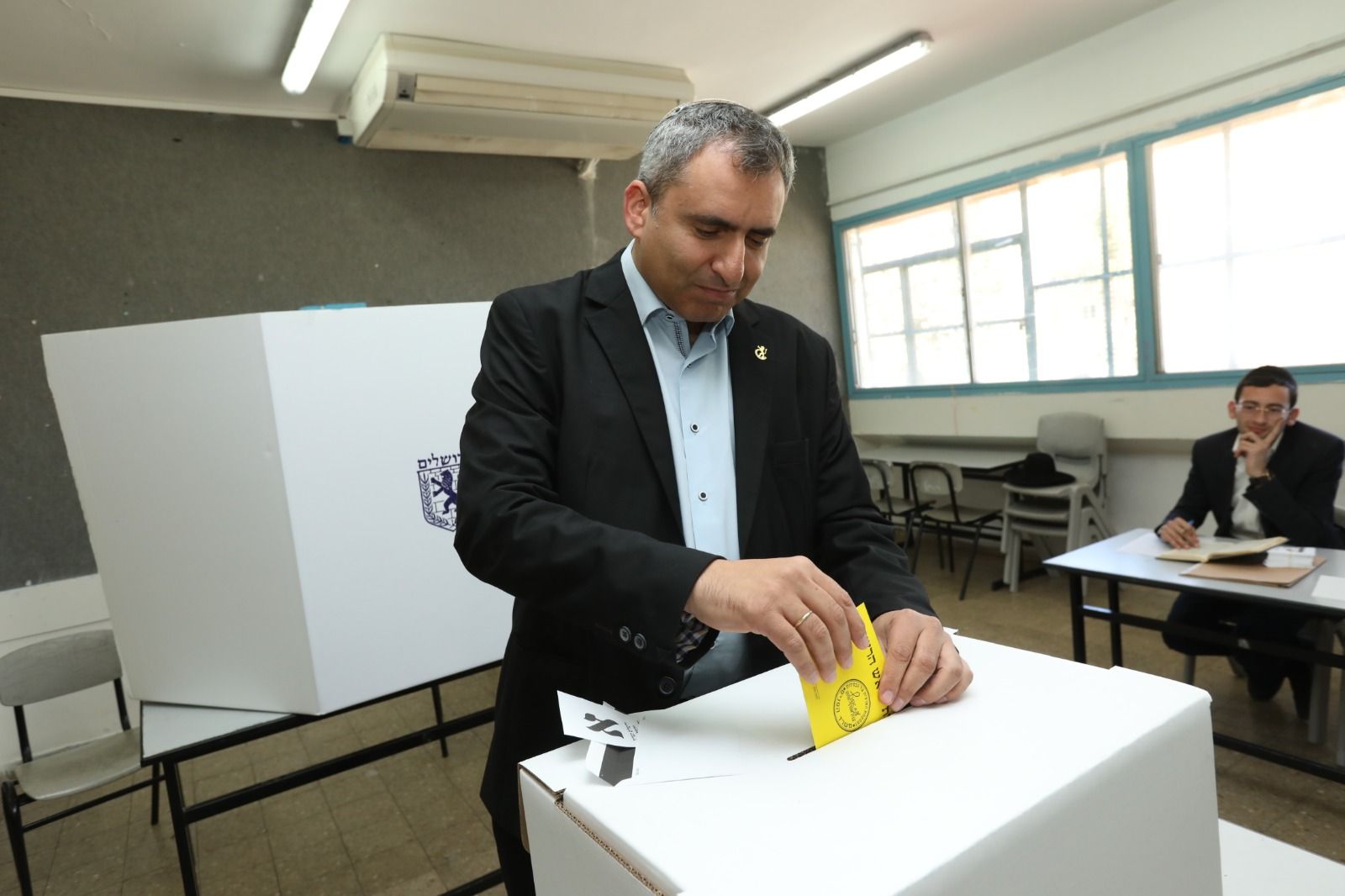 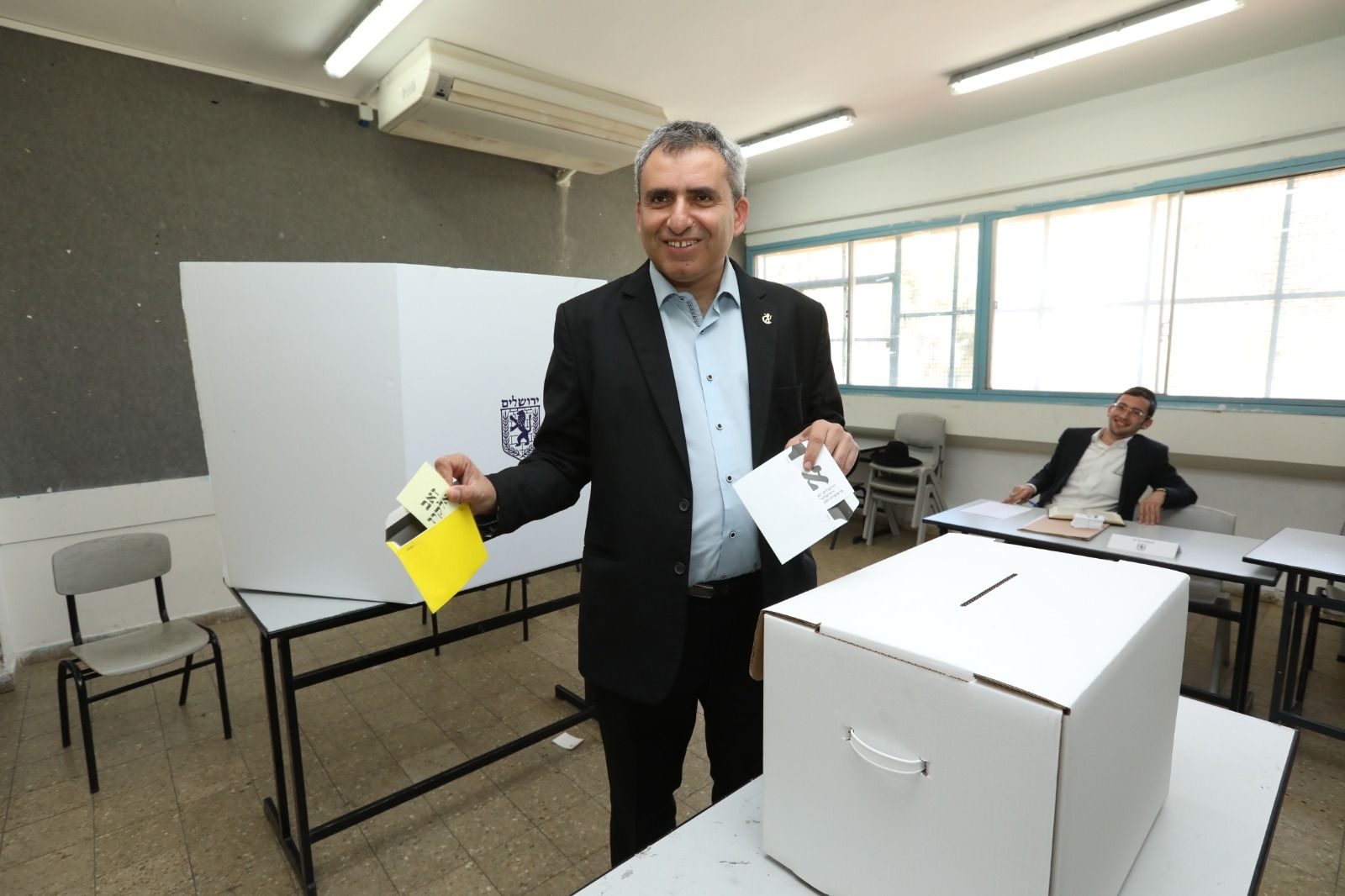 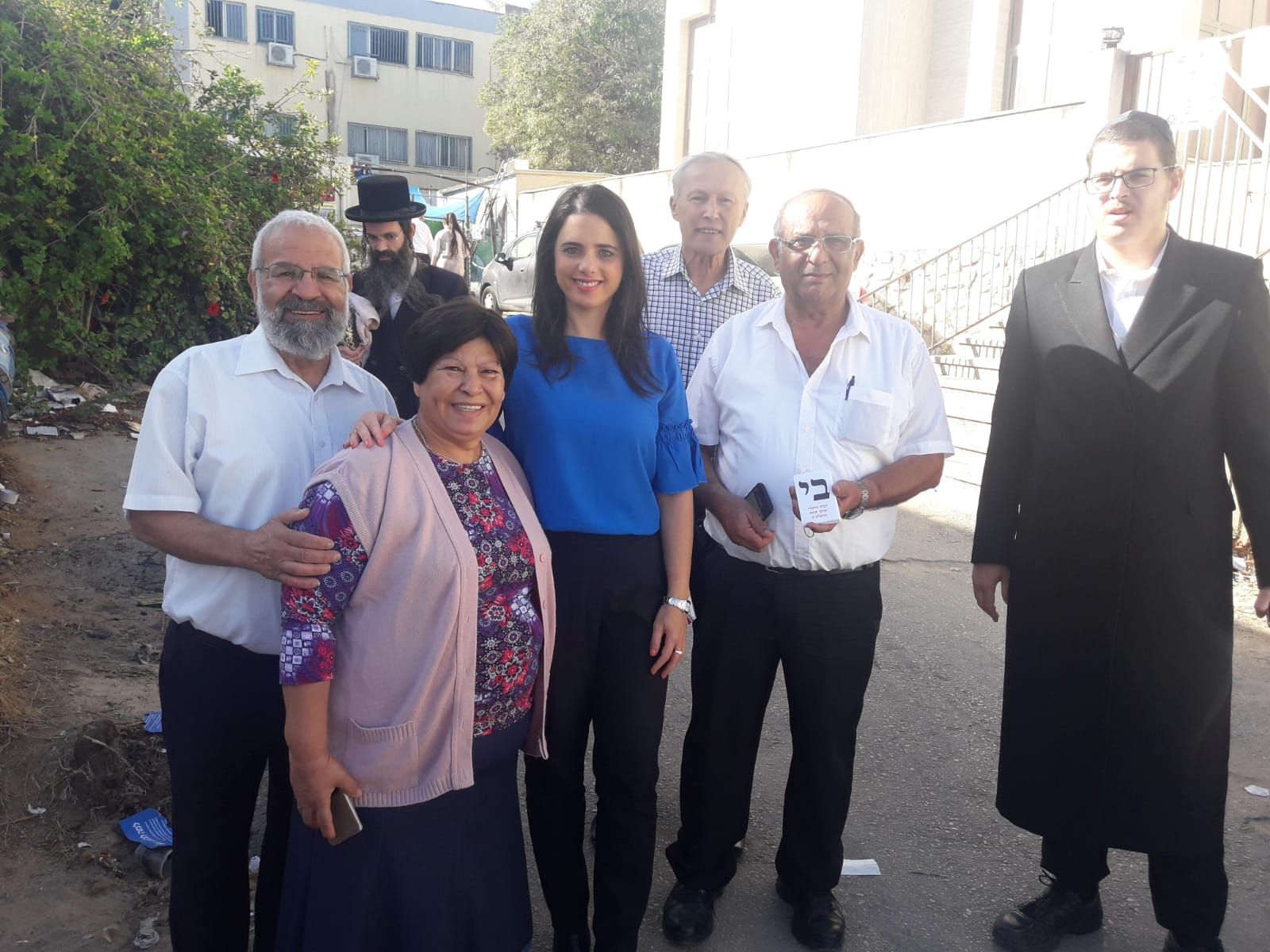 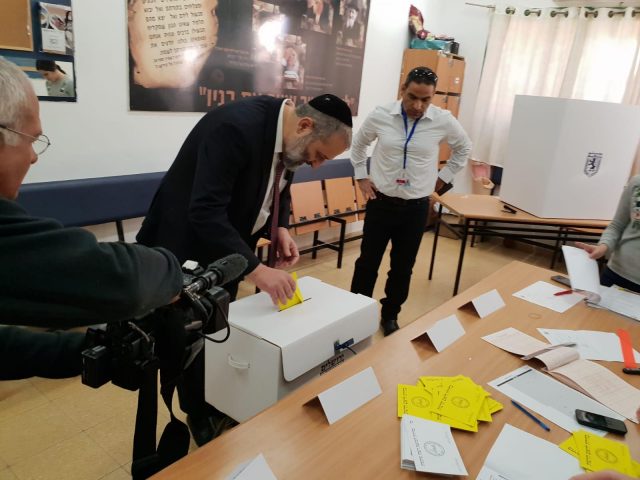 Yossi Deutsch: Get Out and Vote
Yossi Deutsch explains that he did his best and citizens must “Get out and vote” to determine the character of Jerusalem in the coming five years.

Ofer Berkowitz & Wife Voting
One of the leaders in the Jerusalem mayoral race, Ofer Berkowitz, voting in the Nachlaot neighborhood with his wife. Most surveys show one of the other candidates will have to oppose him in a second round of voting. 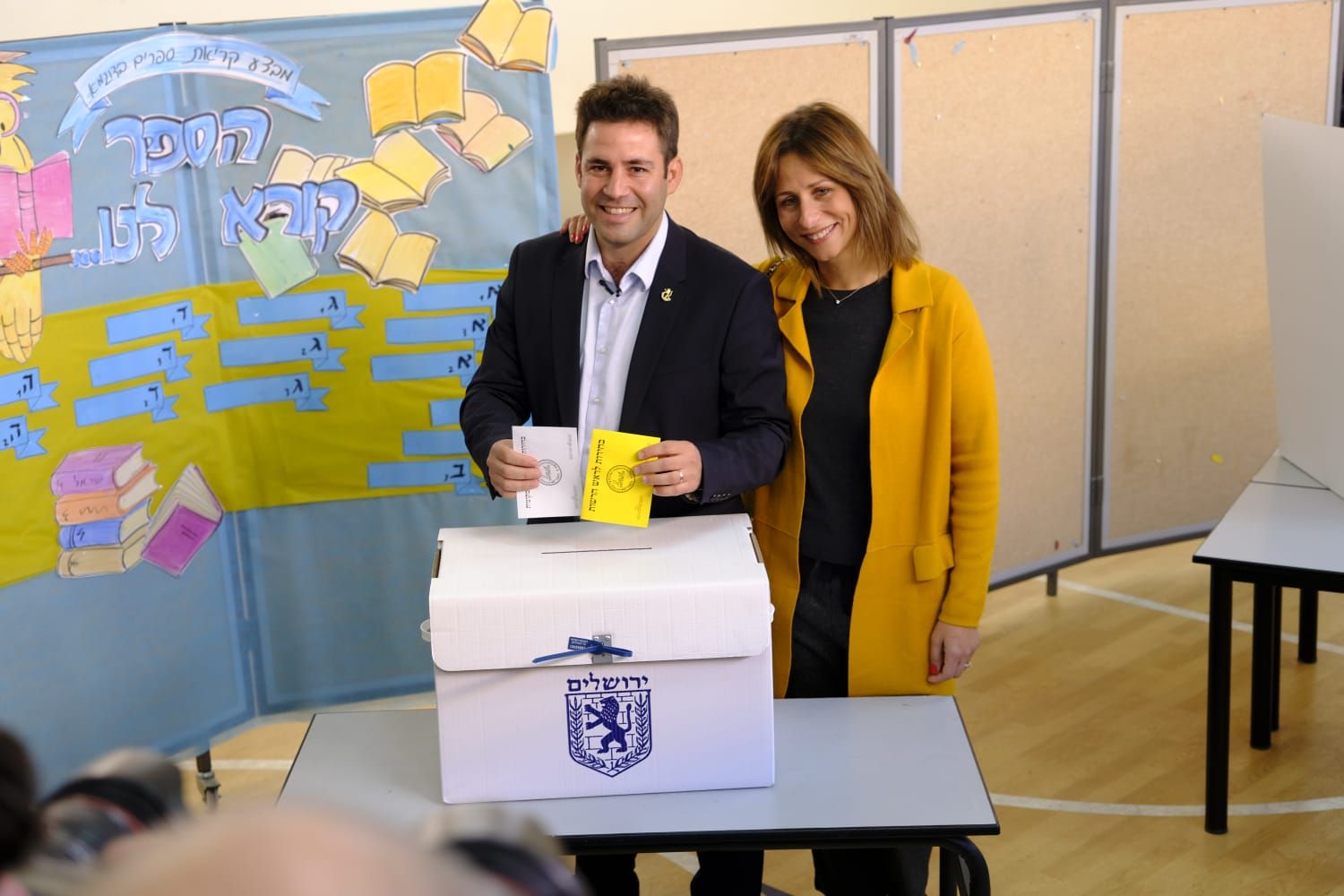 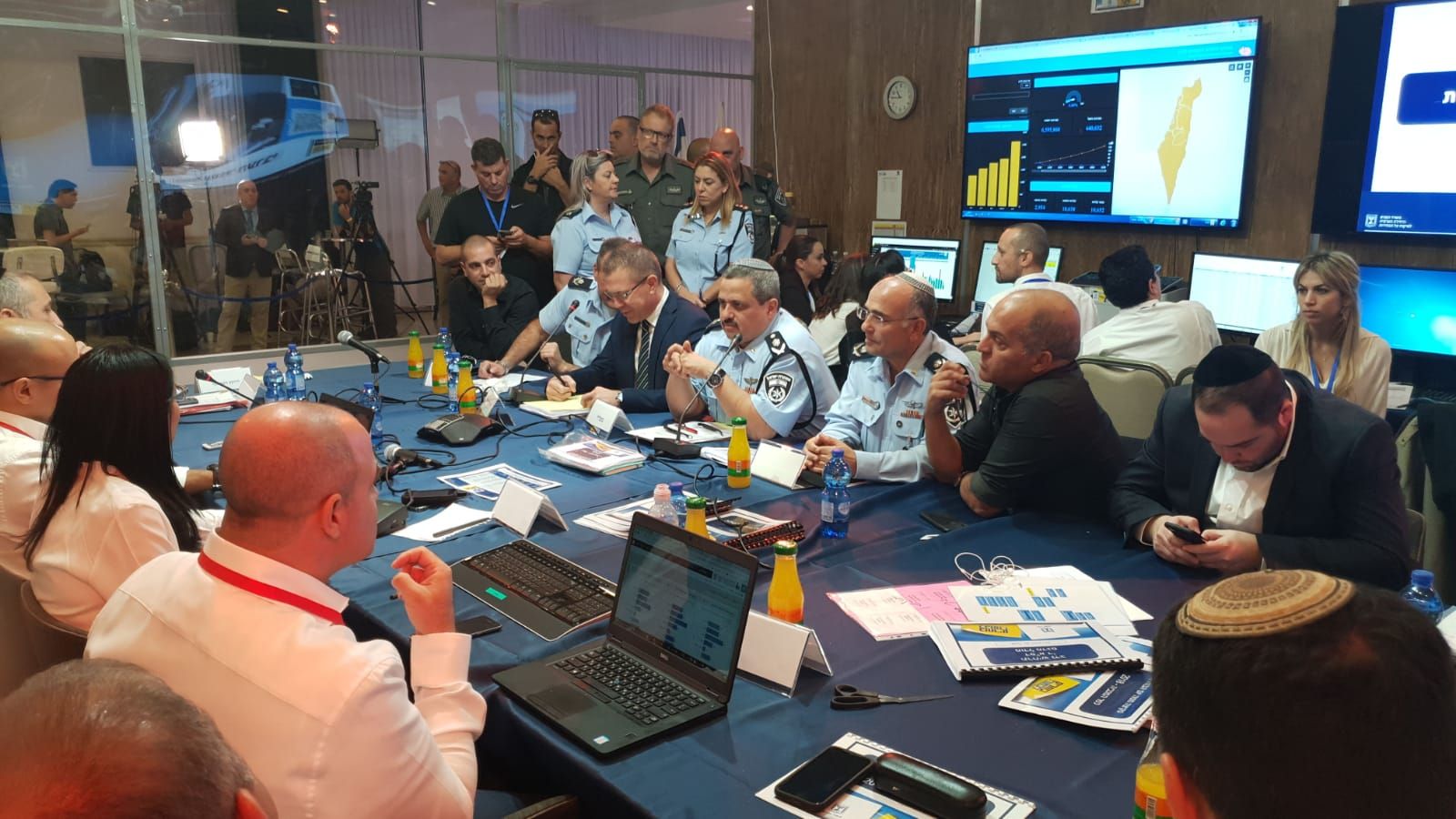 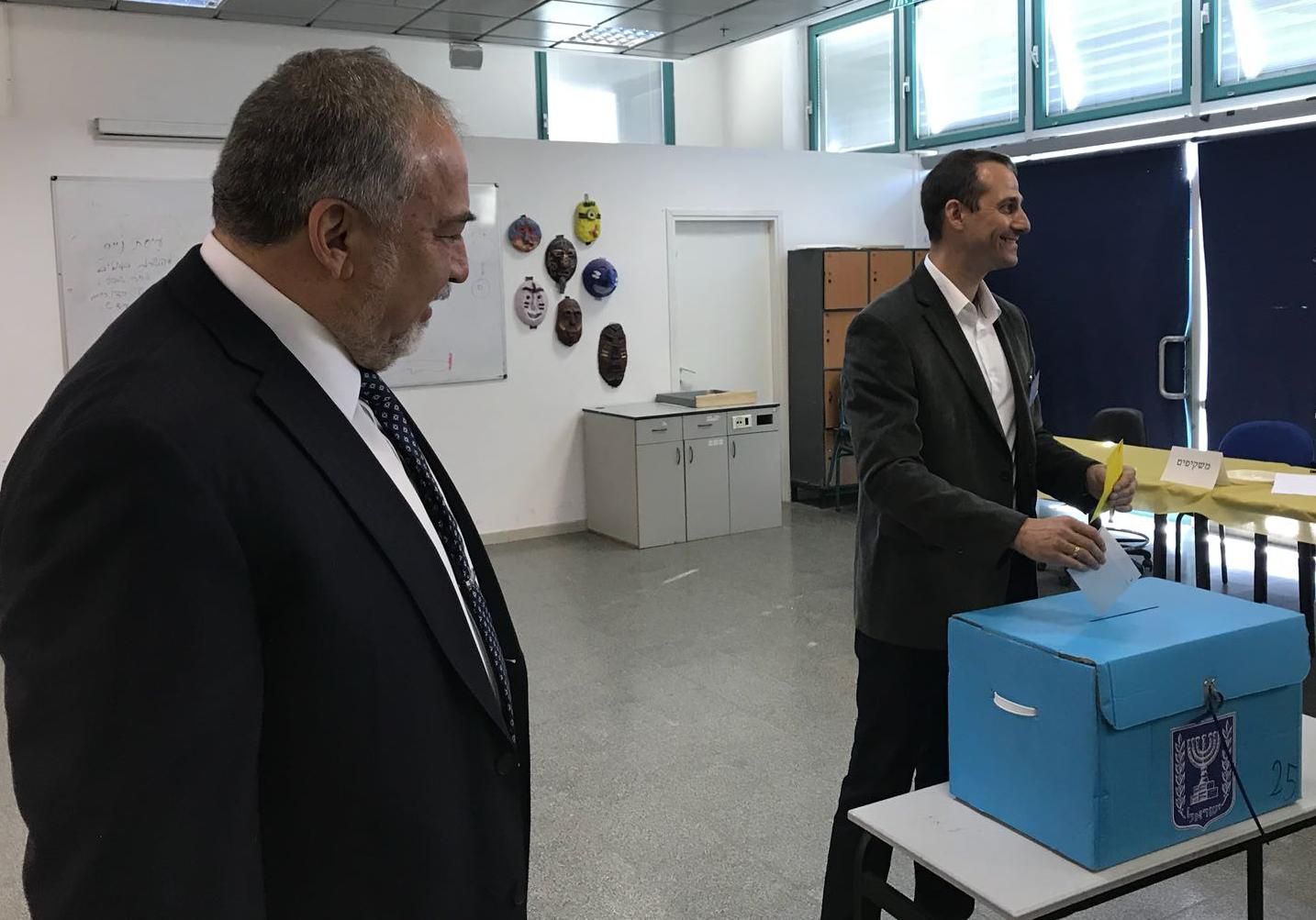 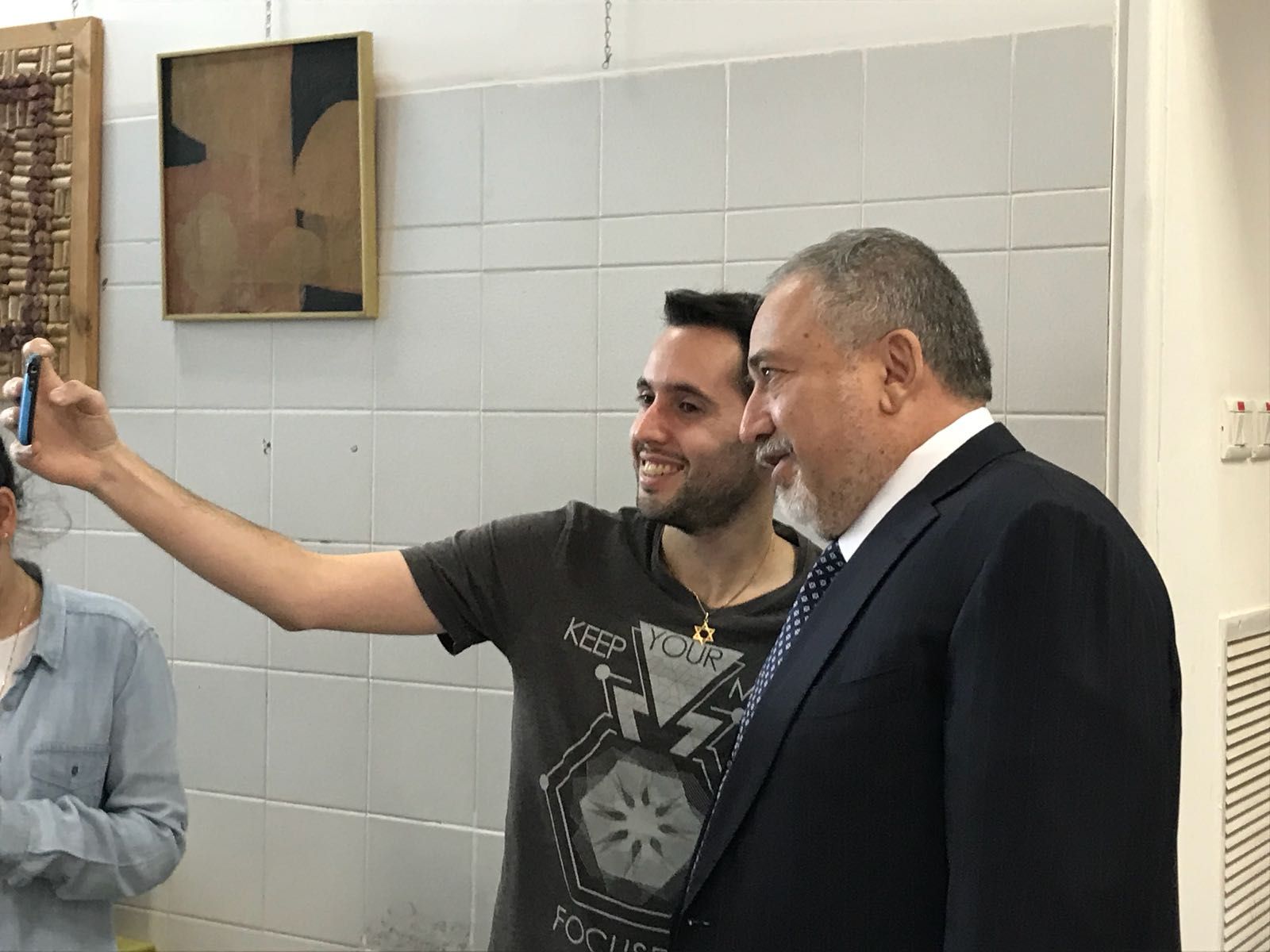 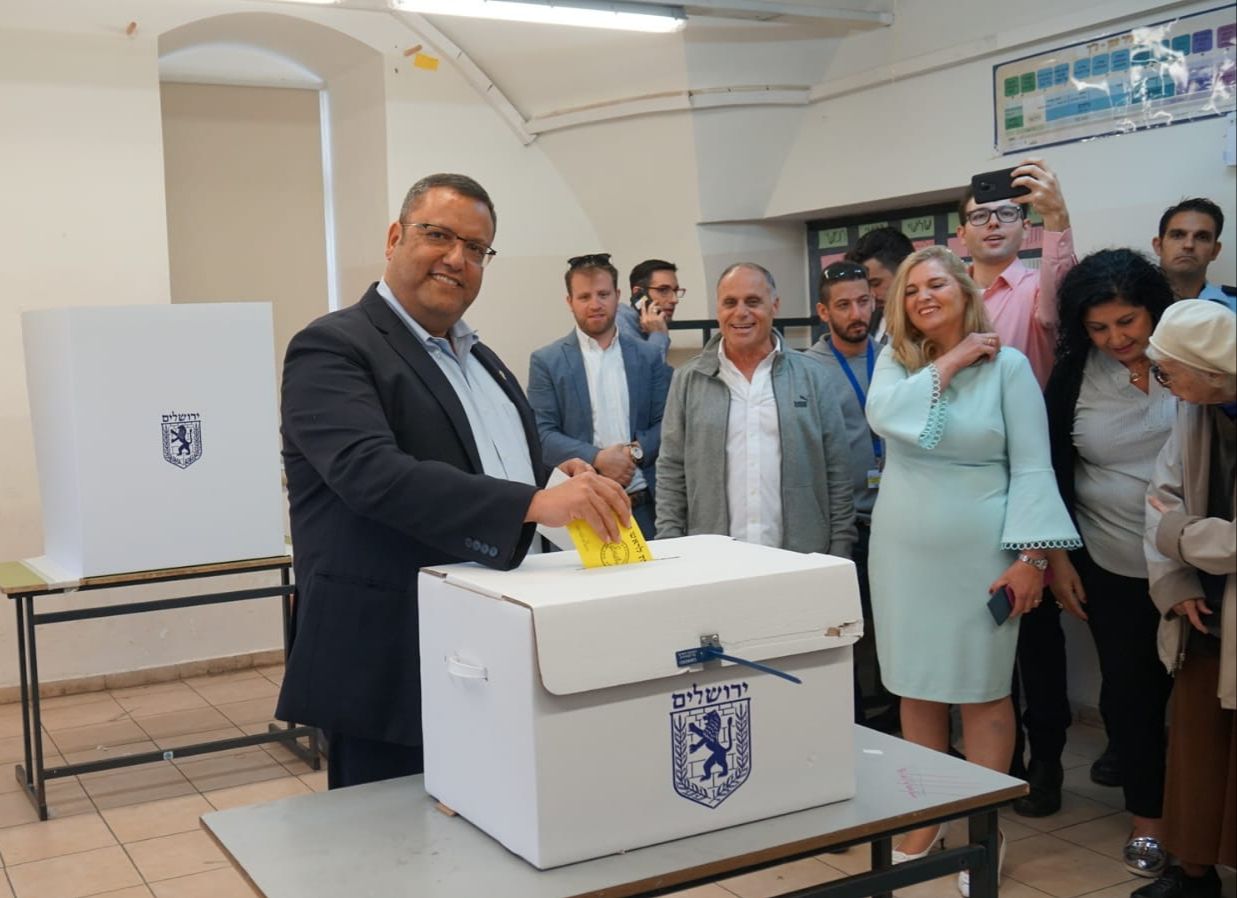 A Photo of Voting HQ – Situation Room
The is the Election Day situation room, where polling stations are monitored and all reports of any and all incidents are received. Interior Minister Aryeh Deri can be seen checking up on events. 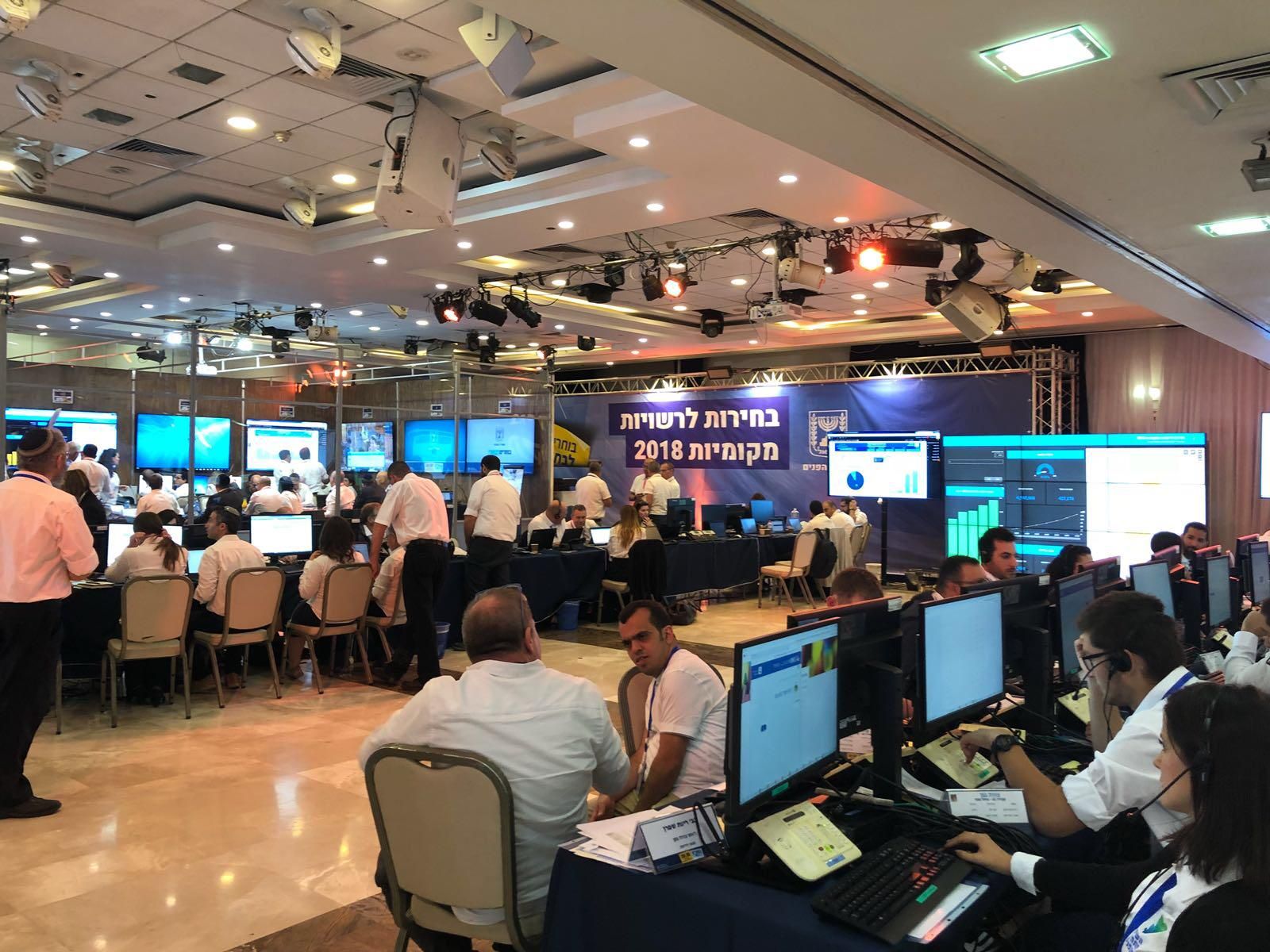 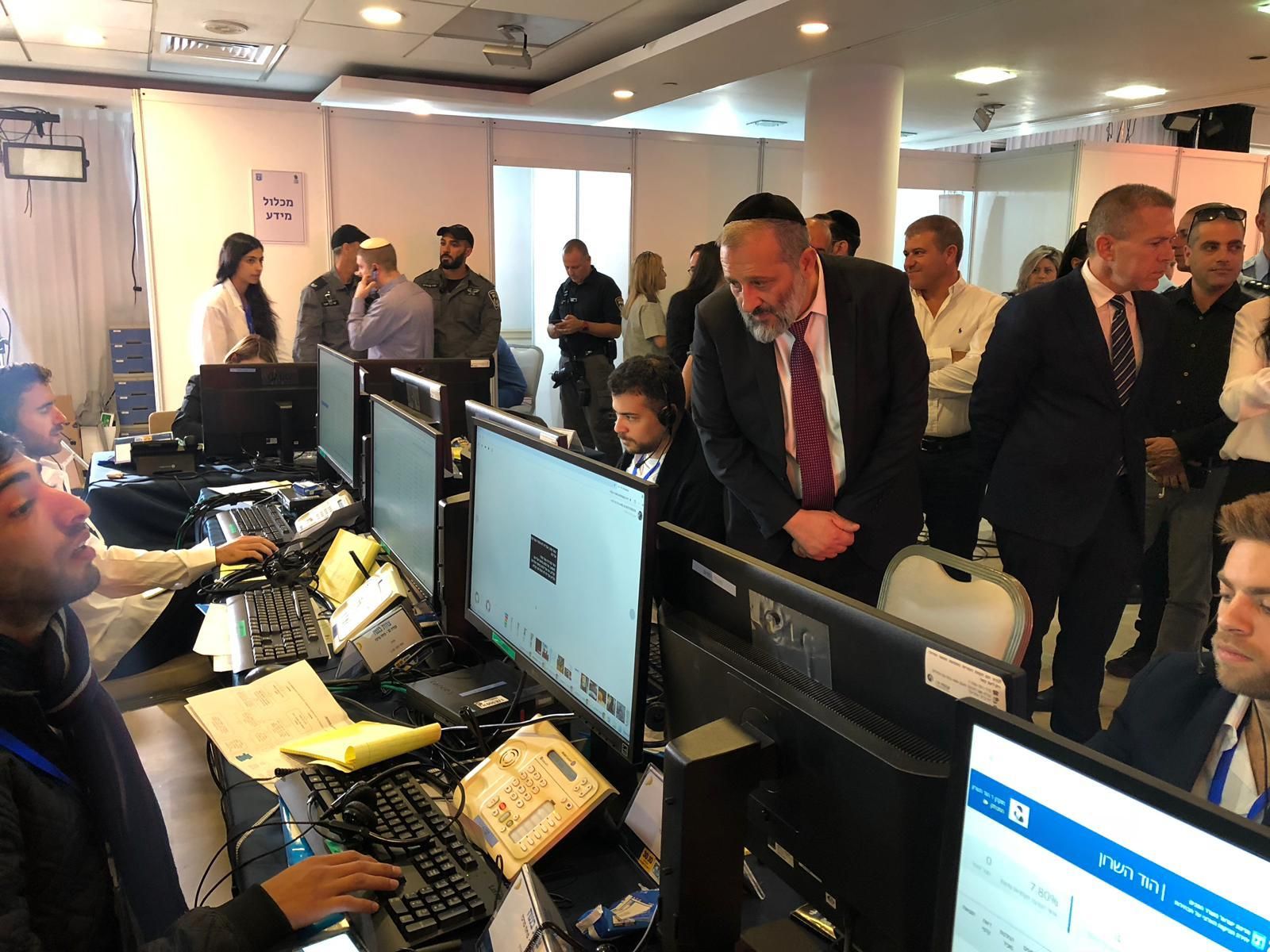 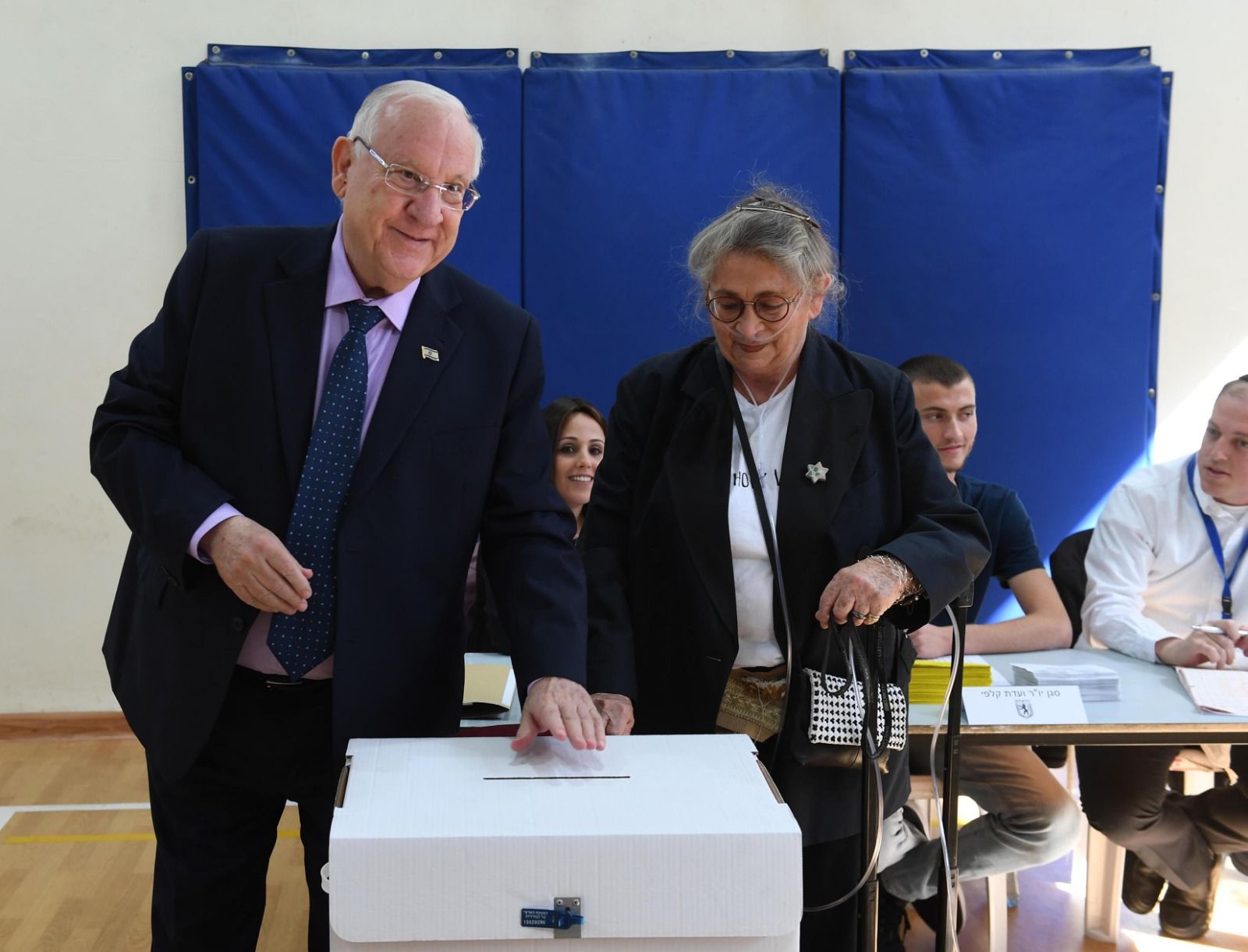 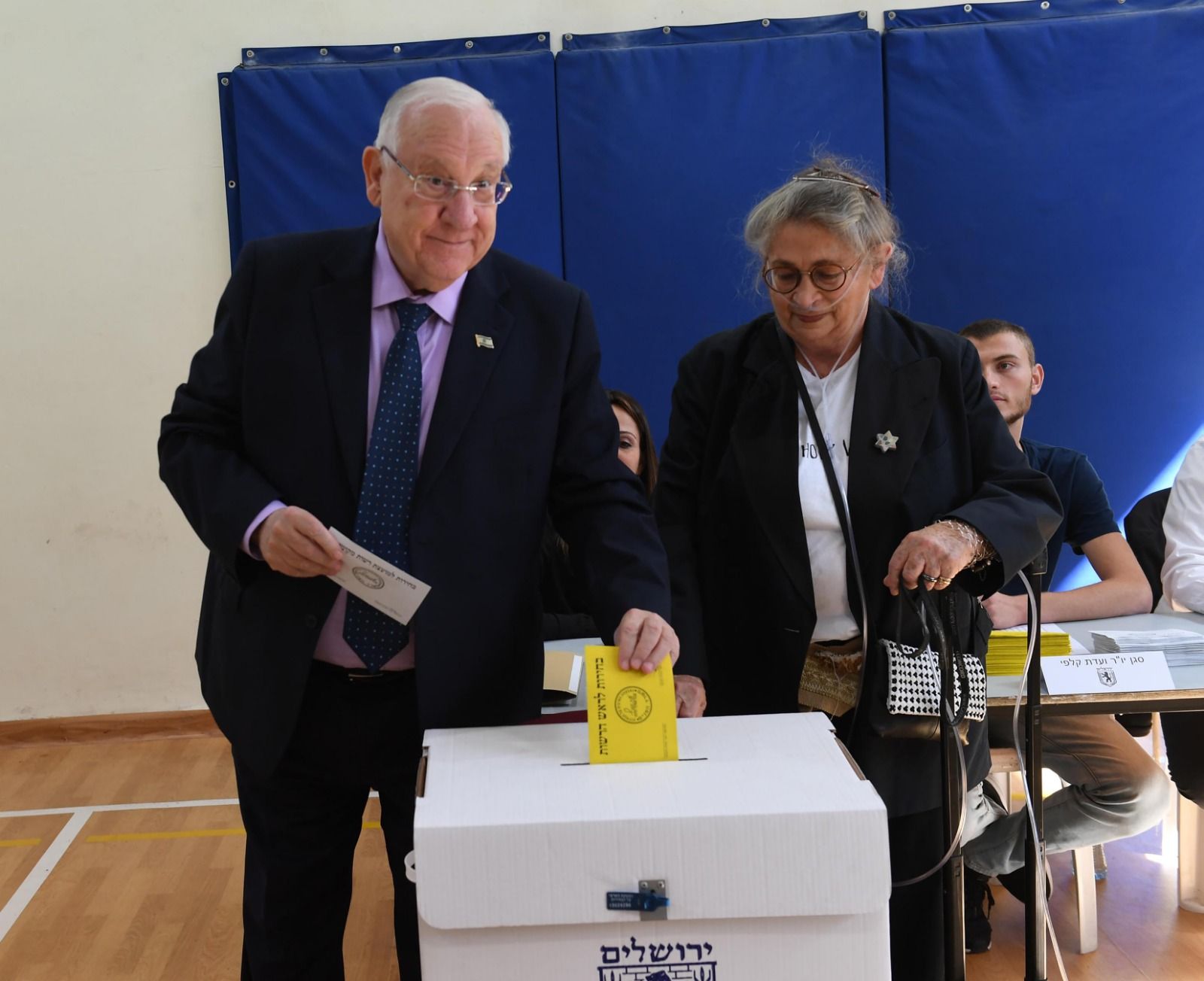 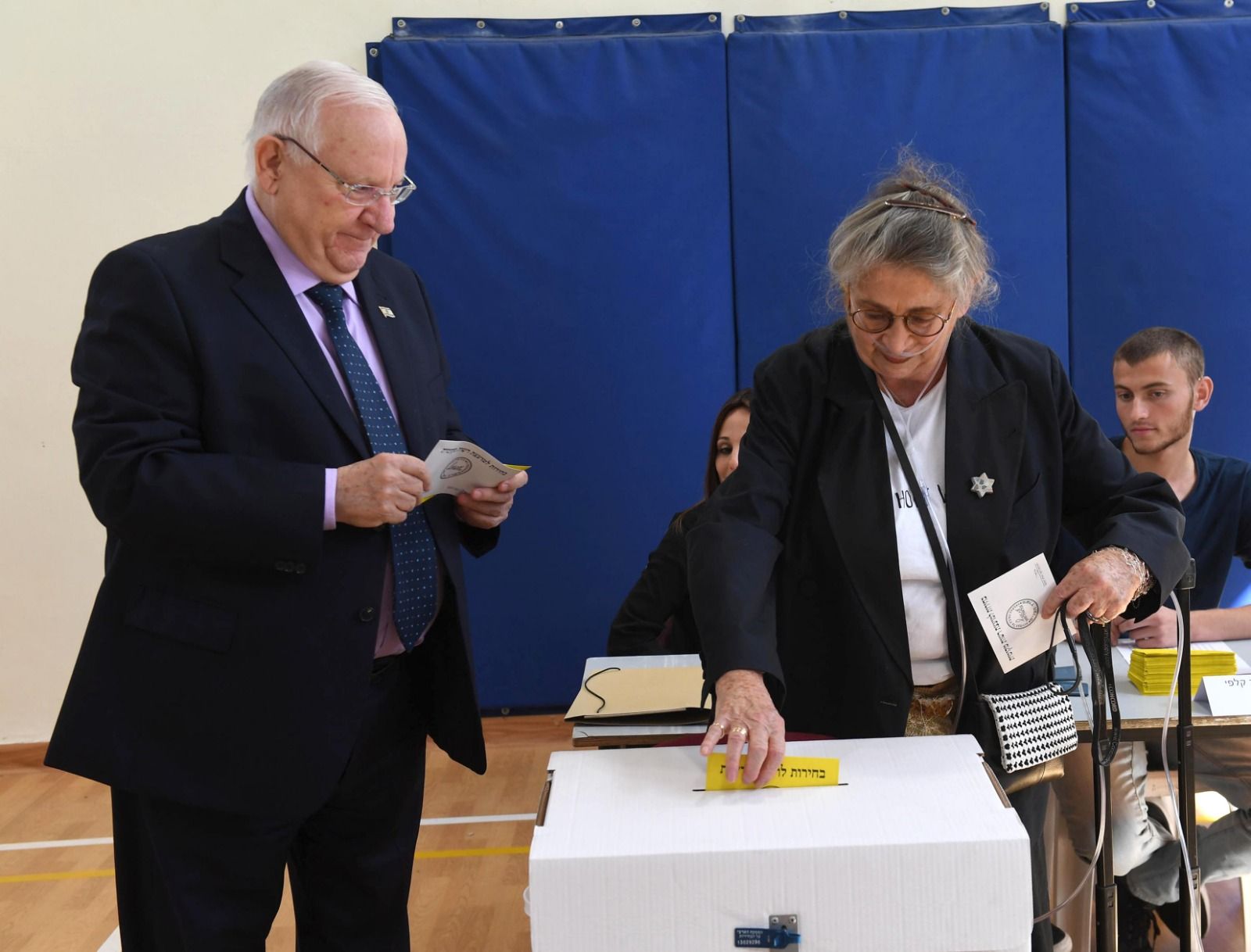 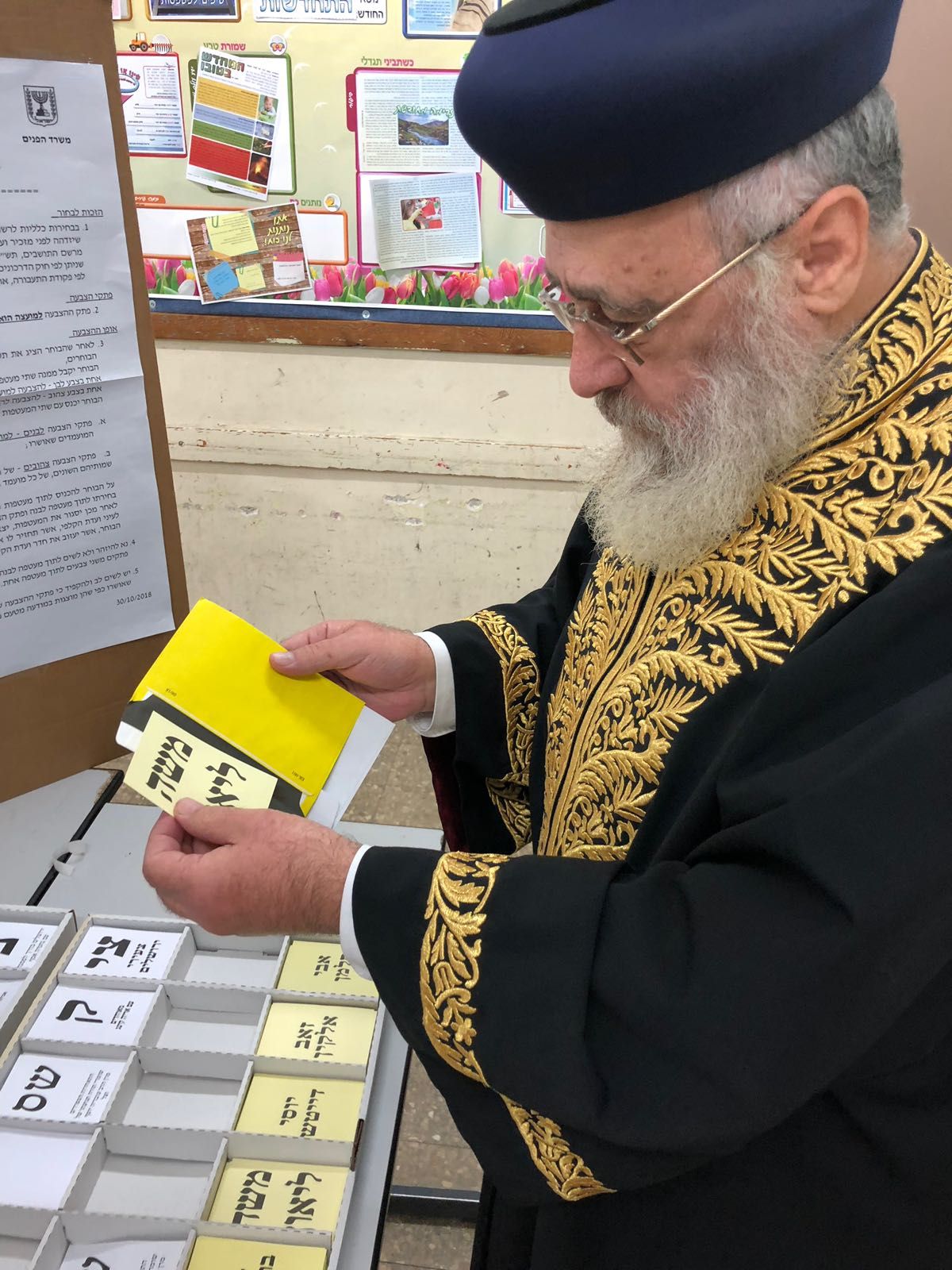 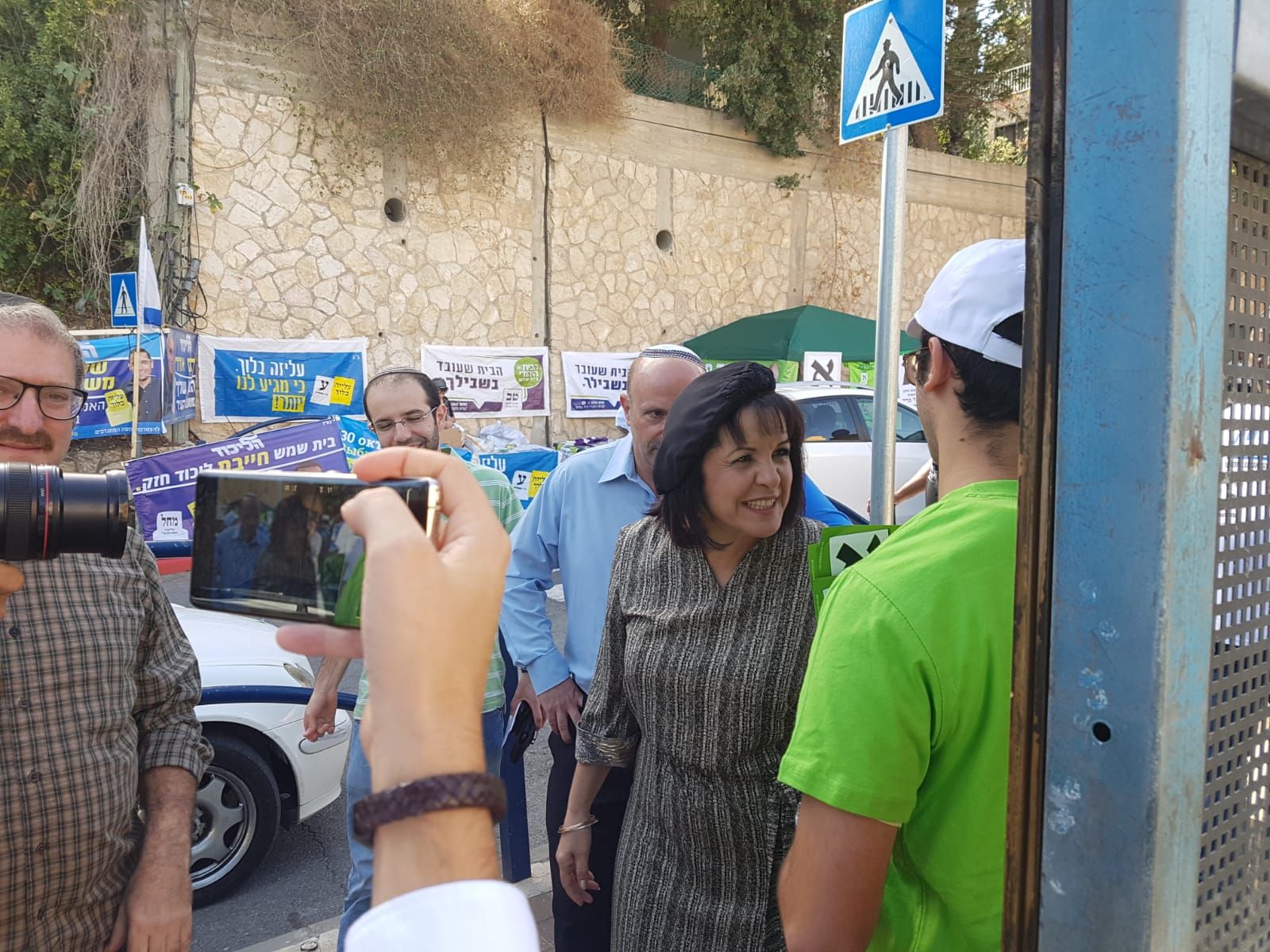 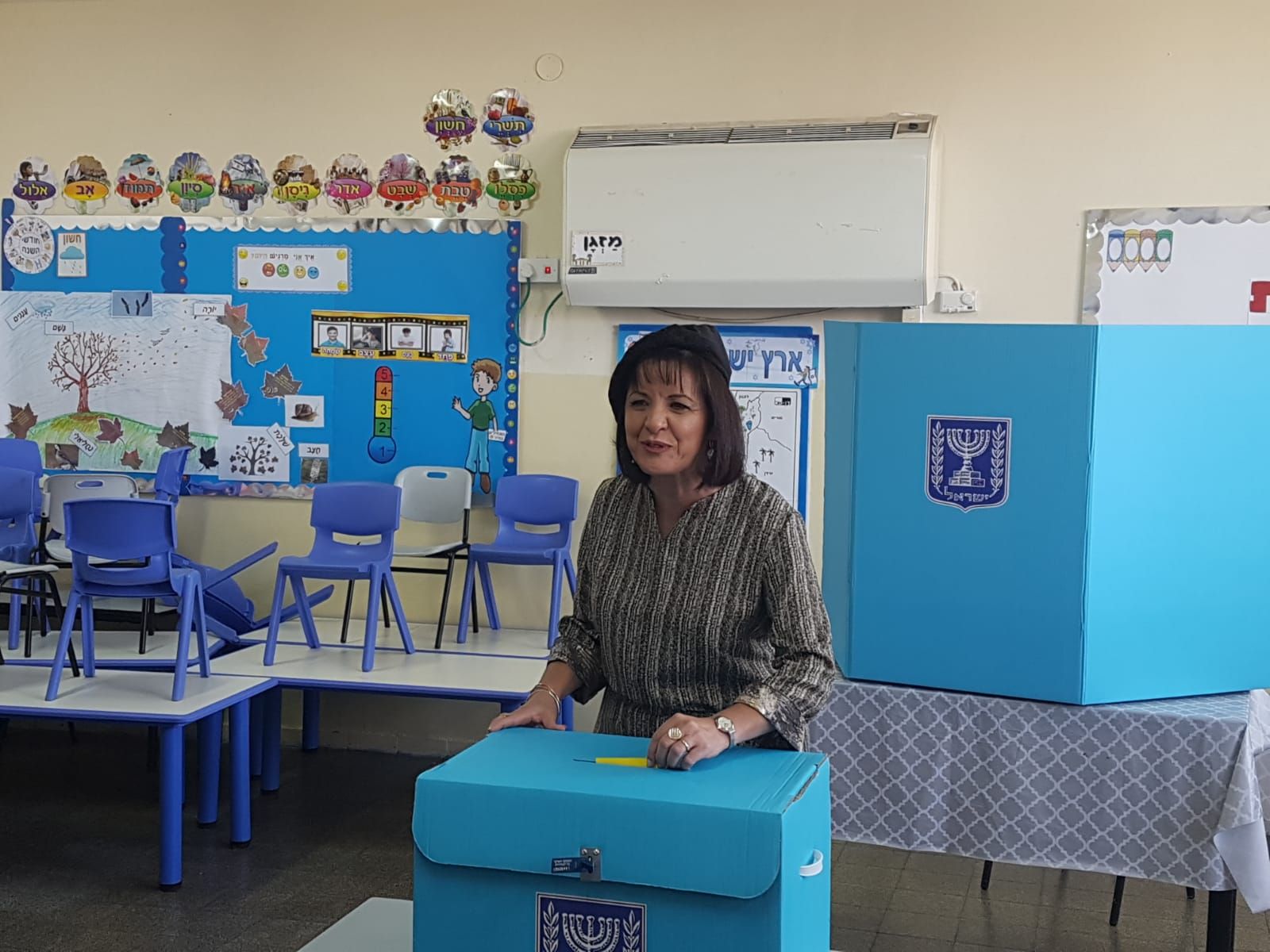 Bogus Circular in the Name of Degel Hatorah
The flyer below was circulated in Yerushalayim during the morning hours in the name of the chareidi party.

It states that there have been reports of incidents and as such, it has been decided to exert energy on having voters cast a ballot for Degel Hatorah for city council, “דת”, and to cease efforts towards the election of Moshe Leon for mayor. Voters are instructed to consult with their rav regarding which candidate to support for mayor. 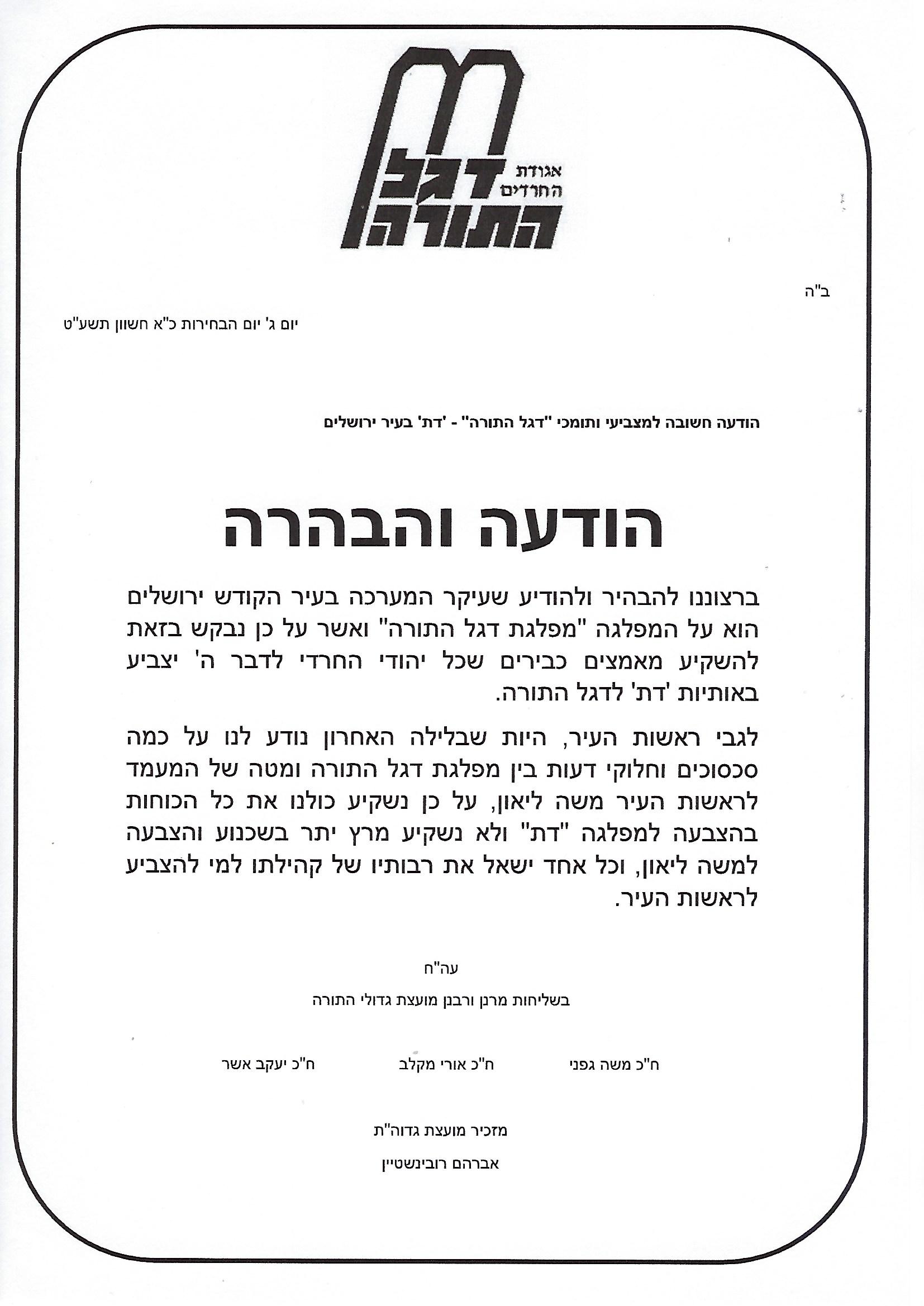 Degel officials announce the flyer is bogus and obviously, an attempt to sabotage Leon’s bid to become mayor of Jerusalem. 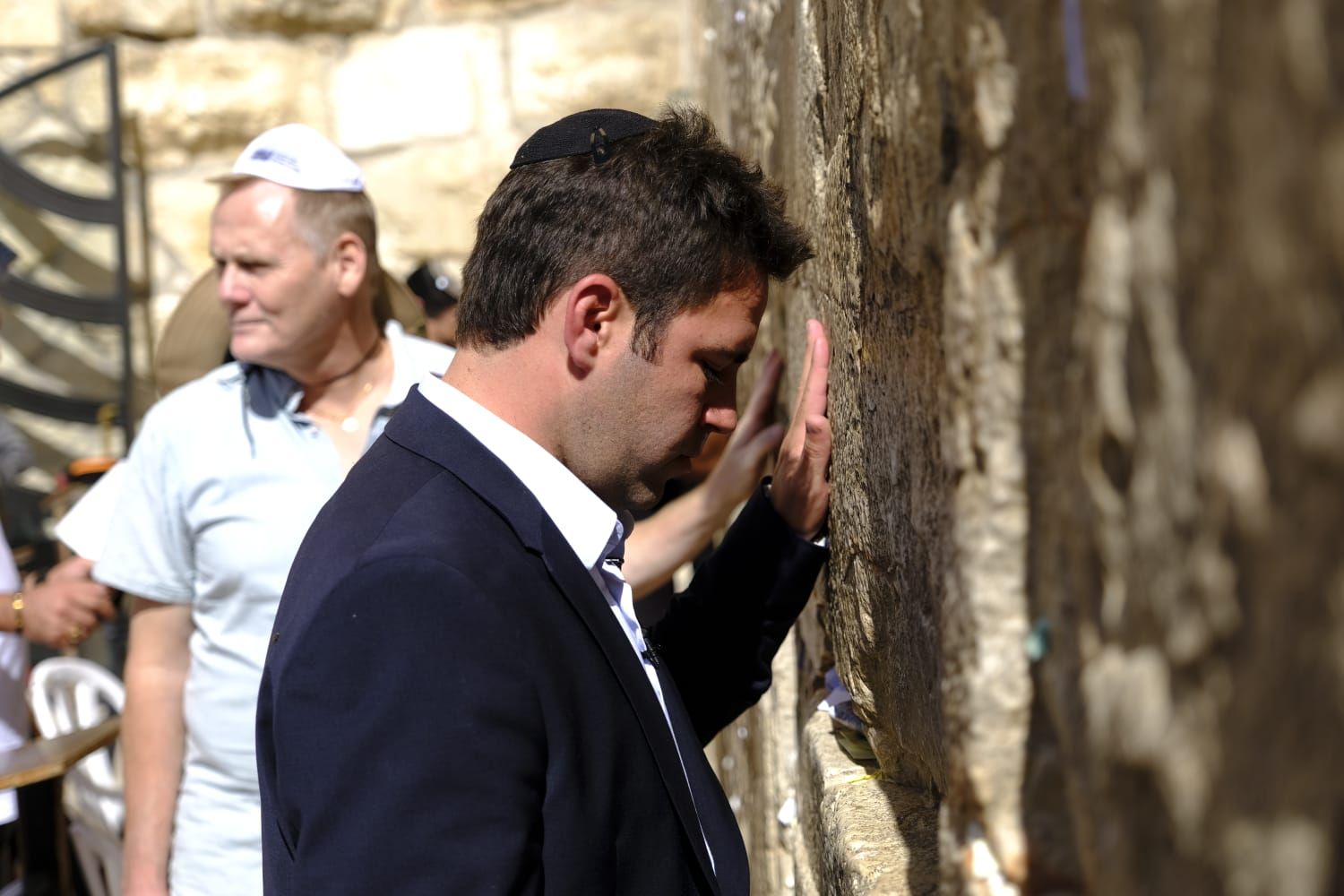 Why is Moshe Leon’s Ballot Slip in a Large Font?
There are already persons questioning why the ballot slip for Jerusalem mayoral candidate Moshe Leon the only one written in a large, easily identifiable font? One is reminded that Leon is the Shas party candidate and the chairman of the party is Interior Minister Aryeh Deri, who oversees the elections.