A driver who appeared to be distracted by his cellphone caused a horrific fiery crash in Israel on Tuesday morning that left a family of 8 R”L dead in the vehicle he struck.

According to Magen David Adom, two vehicles collided head-on on Route 90 in the Dead Sea area, with one bursting into flames.

Paramedics and EMTs responded, finding the left parents and their 6 children trapped in the burning vehicle.

The victims have been identified as the Atar family, Frum residents of Psagot, a Yishuv in the Binyamin Regional Council of Shomron with about 300 families.

Yariv was employed in a high-tech firm and Shoshi was involved in special ed for a NGO, Keren Ohr in Yerushalayim.

The family was returning home from vacation in their Renault van. According to the preliminary police report, the driver of the vehicle of the survivors, a Toyota SUV, veered into the other lane, striking the Atar family’s vehicle, which exploded in flames. According to News 13, police say the driver of that vehicle immediately ran to the car in flames in an effort to extricate the family, albeit, without success. Emergency responders quote the driver saying “I murdered an entire family! I will never drive again!”

In the meantime, officials in Beersheva’s Soroka Medical Center are treating the survivors of the second vehicle. There is a mother, a woman in her 50s, and her 12-year-old daughter. The mom is in light condition and the daughter is listed in moderate condition with non-life-threatening head injuries. They were transported to the hospital in an MDA chopper. The father, who was in light condition in Soroka, was transported by ambulance. He has since been discharged and is being questioned by police.

[DRUGS SUSPECTED: Driver Who Caused Crash That Killed Family of 8 May Have Been High on Marijuana]

The investigation to determine the cause of the fatal MVA continues but according to the experts, it appears the surviving male was distracted for one reason or another as road and weather conditions were optimum. Police believe he was engaged with his mobile phone.

A senior police official told News 13 evening news that it is likely he will face a criminal indictment. The driver is reportedly in a most difficult mental state, well aware of what his actions caused.

In a letter released this evening by Avi Roeh, head of the regional council, social workers on Wednesday will be visiting the classrooms of the schools the victims attended to assist the children in dealing with the tragic and sudden loss.

Levaya details to be announced.

ZAKA Chief Yehuda Meshi-Zahav made an impassioned appeal to motorists to stop busying themselves with smartphones while driving, including texting and any other action that compromises one’s attention from the road and operating a motor vehicle, for too many persons have been killed and injured from such actions, which are preventable, and it is in out hands to effect change. Meshi-Zahav pleads with the tzibur to leave the texting and WhatsApp alone while driving and realize what can occur in seconds of taking one’s attention off the road. 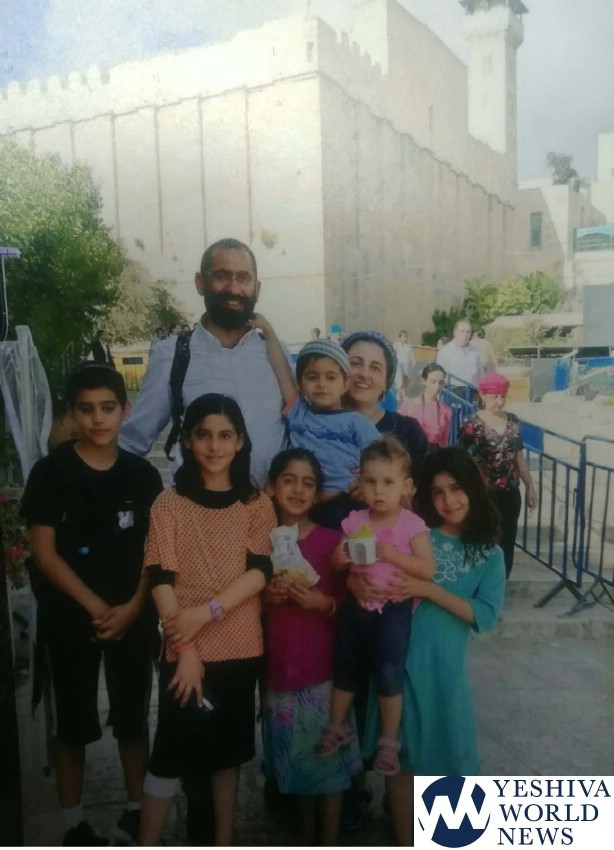 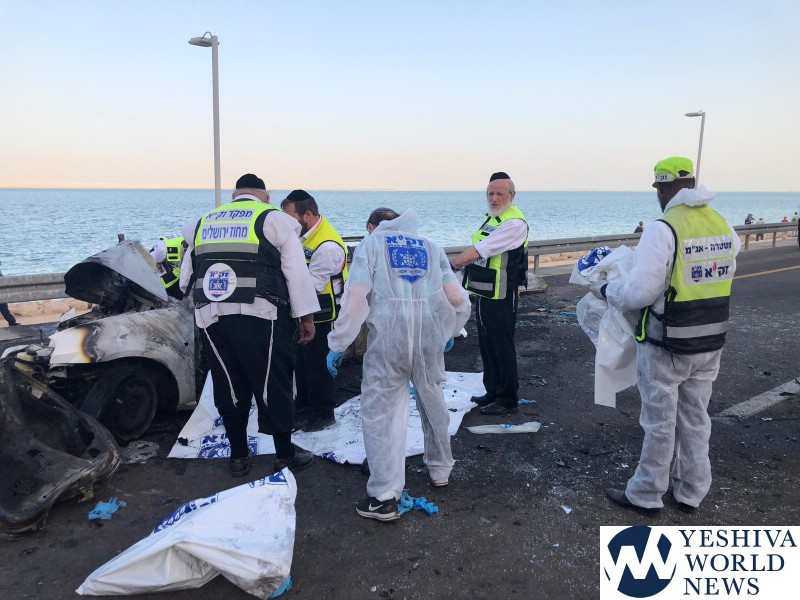 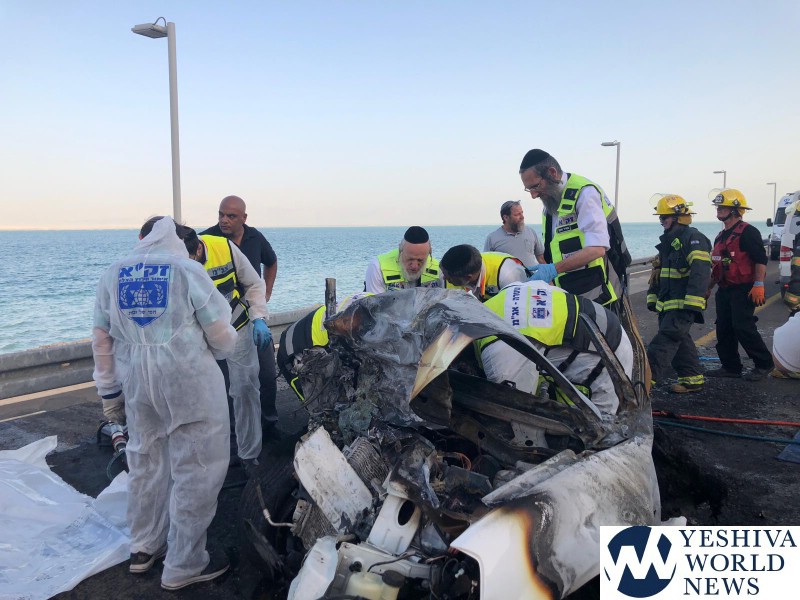 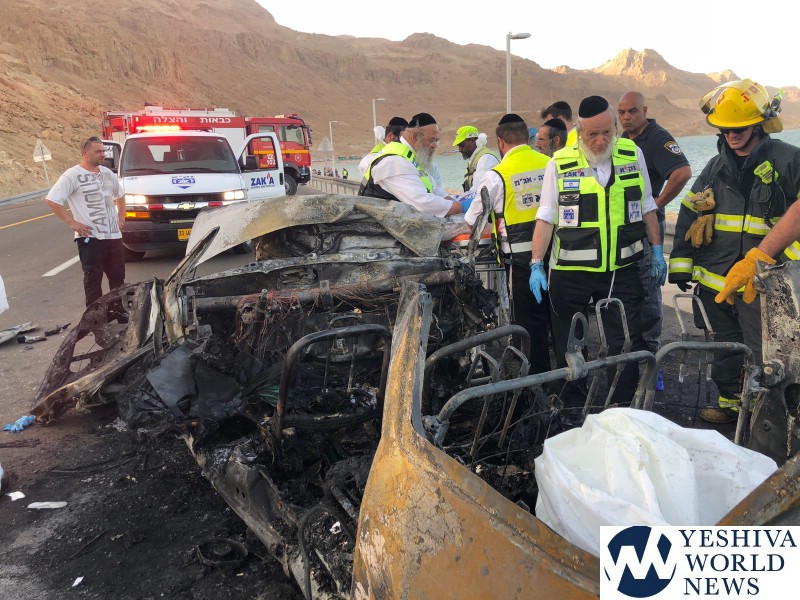 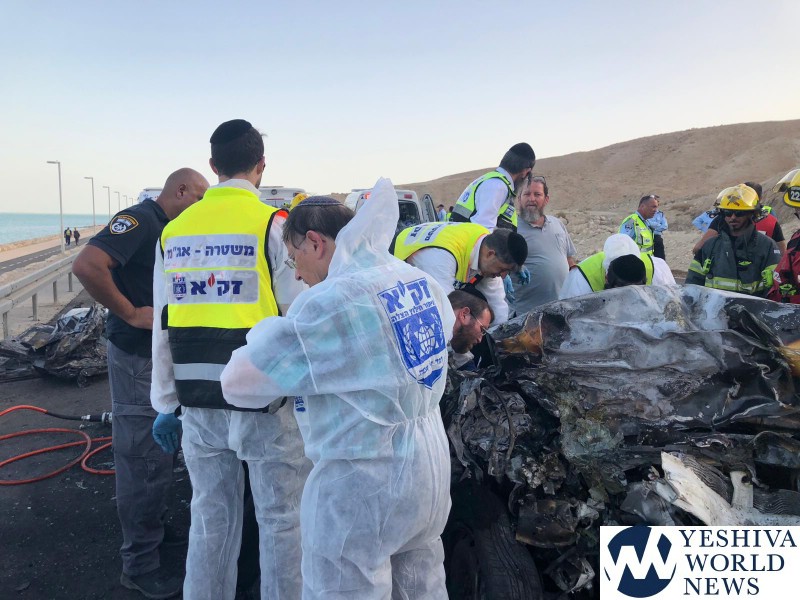 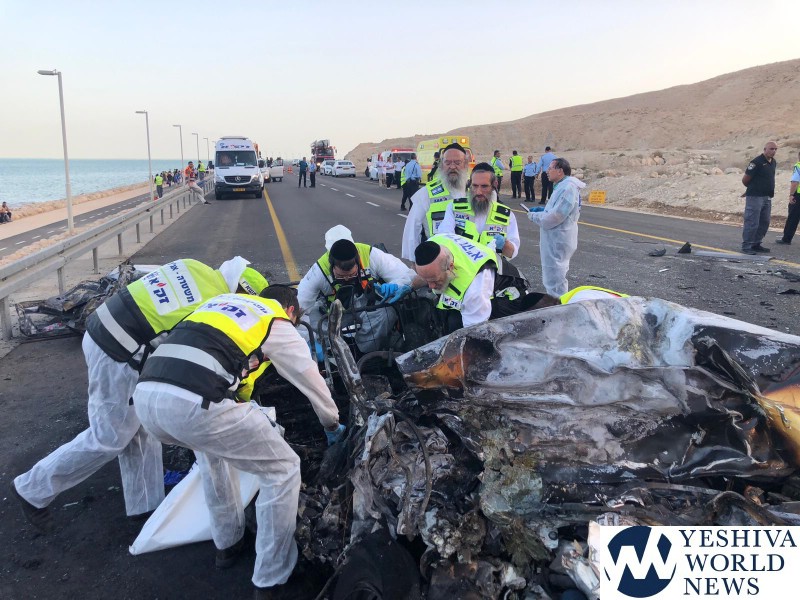 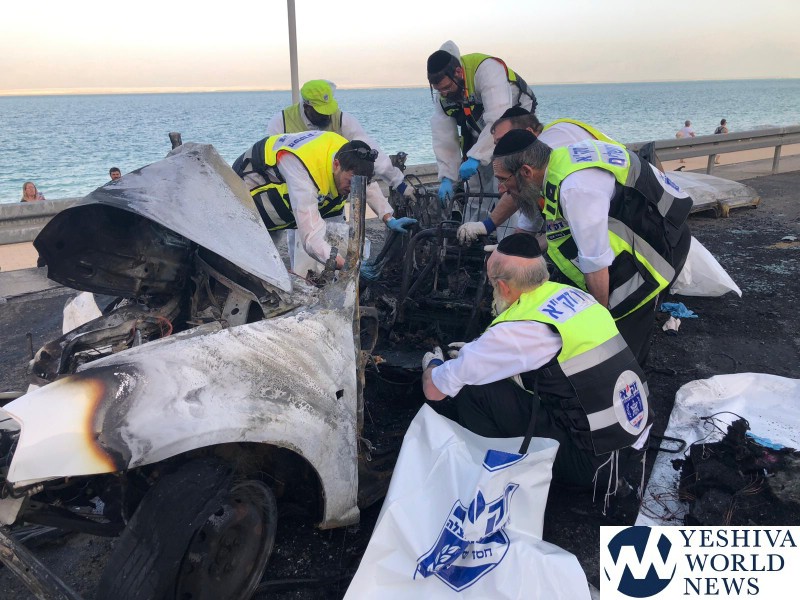 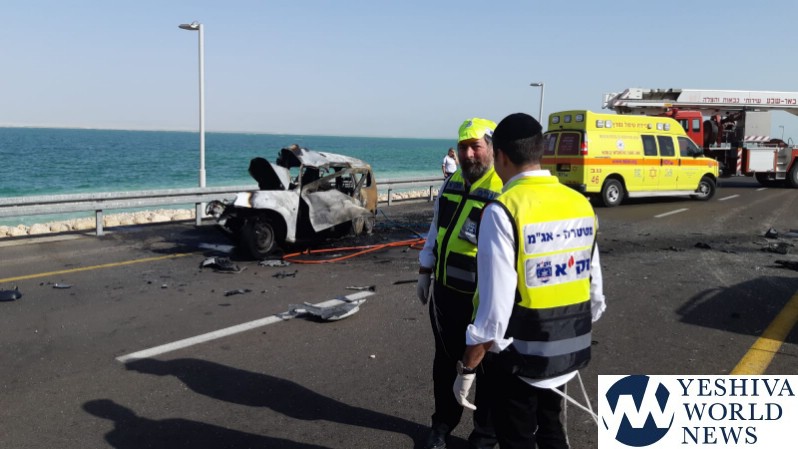 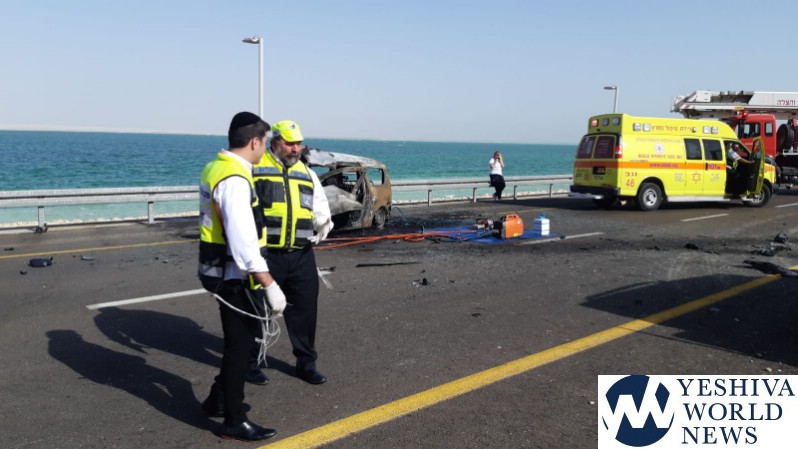 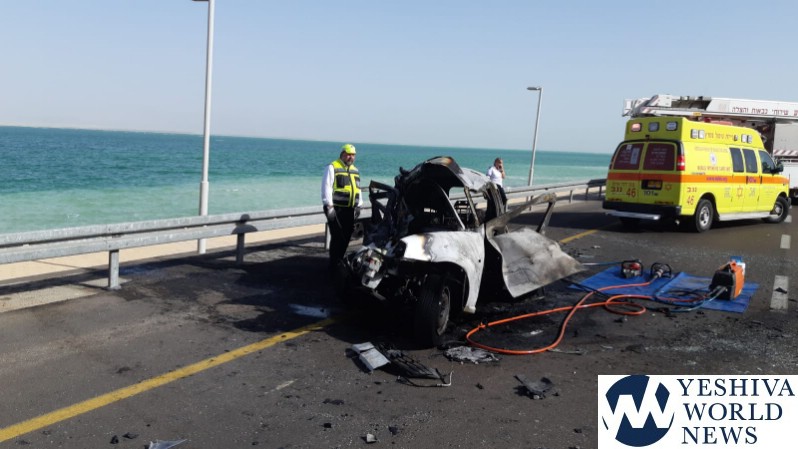 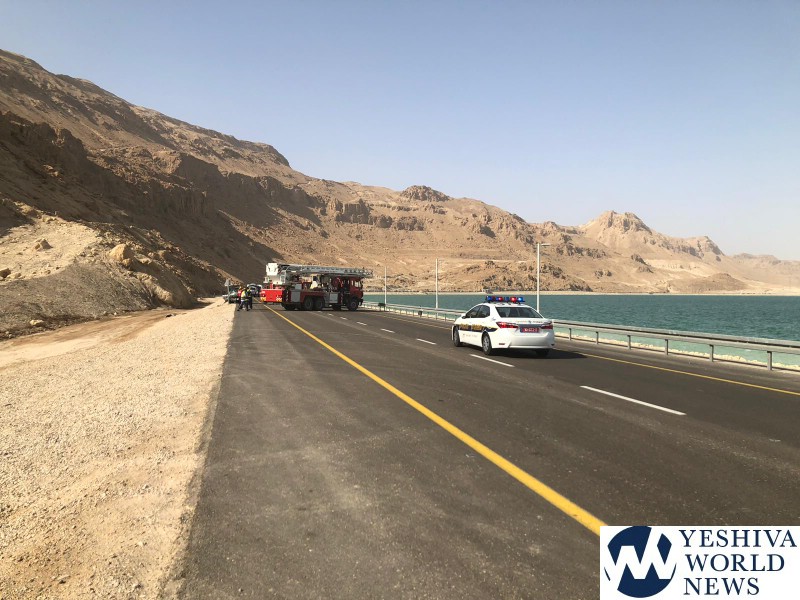 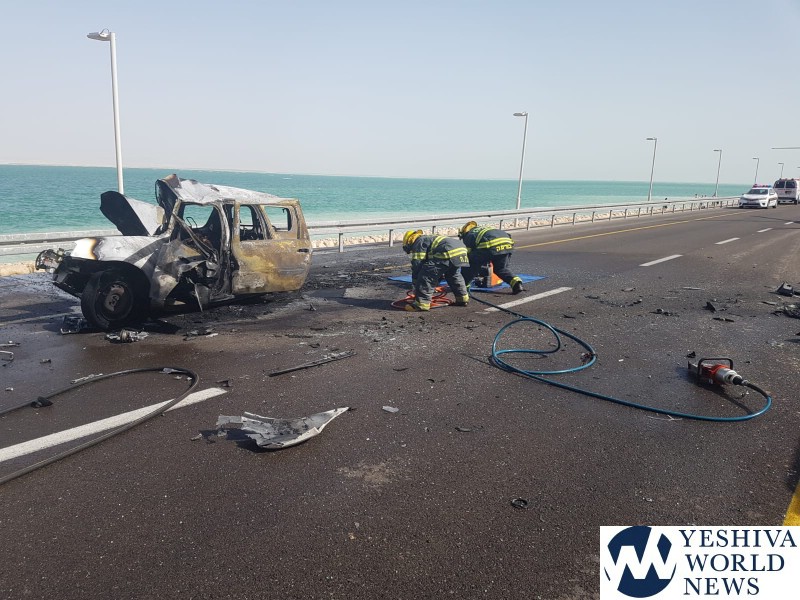 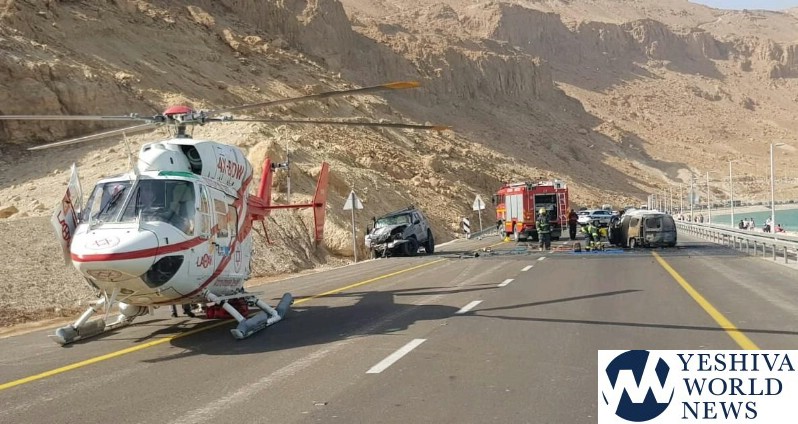 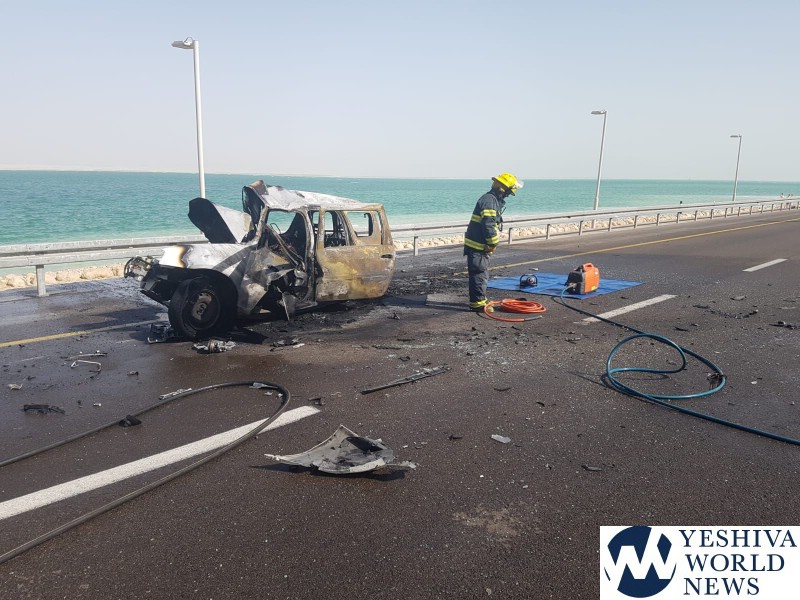 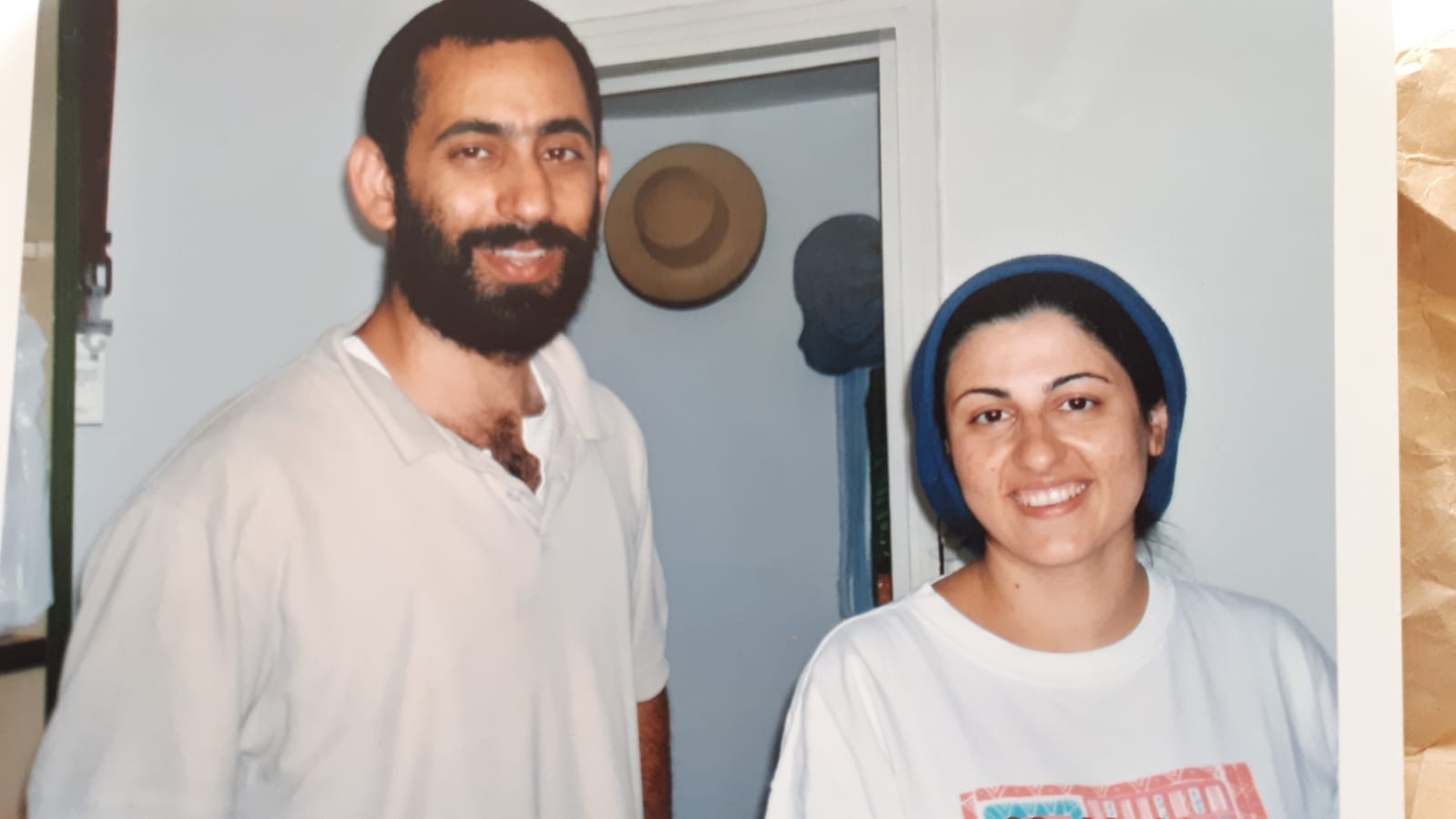