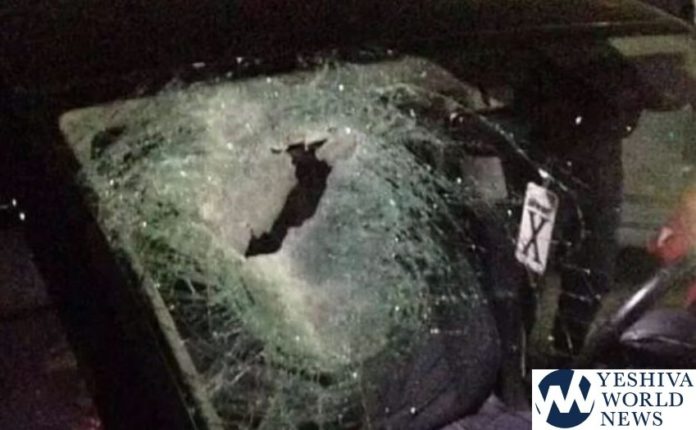 A Jewish vehicle was attacked as it passed through Shfaram on Tuesday, 21 Marcheshvan, sustaining damage as seen in the accompanying photo. A couple with their infant were attacked while passing by the Galil community. A rock pierced the windshield and only B’chasdei Hashem, did it miss striking the infant, which could have resulted in a fatal outcome chas v’sholom.

The incident occurred on Route 79 between the village of Bir el-Machsur and Shfaram. A police vehicle responded, and a formal complaint was filed.

The couple explains they were heading to Tzipori and traveled past the Arab when they were targeted with the rock.