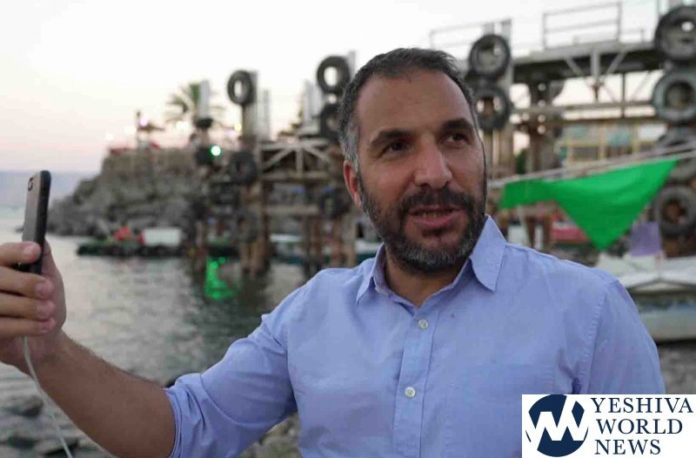 It is nothing less than brazen hate and discrimination, as Tiveria Mayor-elect Ron Kobi, an anti-chareidi candidate whose career has blossomed, told Galei Tzahal (Army Radio) “I want the chareidim to continue to grow – outside of Tiveria. Today, the chareidim comprise 22% of the city and they must not be permitted to reach 30%”.

Kobi spoke with radio host Rino Tzror, and he continued his anti-chareidi diatribe as was the case during his successful election campaign. Painful as it may be, the chareidim must see the reality, that the candidate who was openly showing his venomous opinion of chareidim received almost 50% of the vote. His campaign was run live on Facebook, and he used the platform to speak out regularly against the chareidim.

His opponent, Yossi Ben-David, was backed by Prime Minister Binyamin Netanyahu, who spoke out on his behalf numerous times, yet Kobi won, with his anti-chareidi position. At one point during his election campaign, he said, “It is preferable to have and Arab city than a chareidi one”, so his landslide victory should send a worrisome message to the chareidi leaders in the city.

Once again, an enemy of the chareidim is elected due in some part at least due to the chareidi split. Shas and Degel Hatorah backed the incumbent along with PM Netanyahu. The followers of Mekubal Rav Dov Kook backed the candidate Dudik Azoulai, who did not have a chance, but they took votes from the other candidate, thereby assisting Kobi.

MK (Agudas Yisrael) Menachem Eliezer Moses responded to Kobi’s anti-chareidi statements, calling them “a disgrace”, adding “Tiveria was chareidi long before you were born! Gedolei Rabbonim lived there! Would you dare speak out about the Ethiopian tzibur or the Russians? Your words are anti-Semitic and shocking”.

Both the heads of the Yesh Atid and Machane Tzioni parties responded too, both criticizing the anti-chareidi rhetoric.