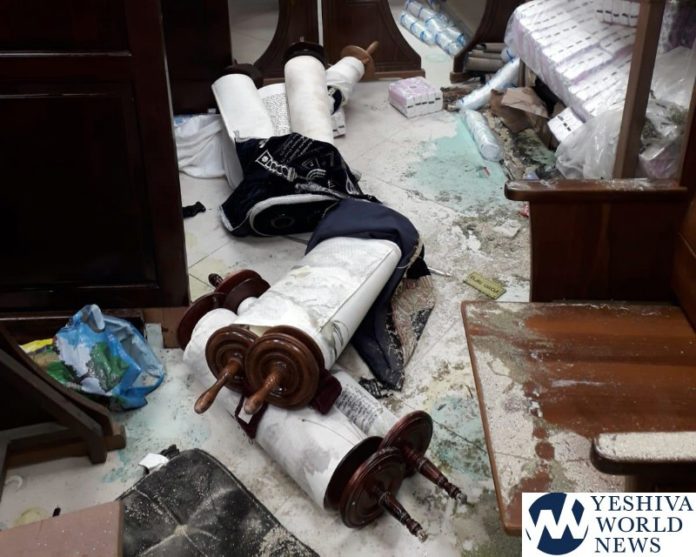 The SIach Yisrael Shul in the Kiryat Yovel section of Yerushalayim was found desecrated and vandalized on Tuesday morning, in images reminiscent of Kristallnacht R”L. At least four Sifrei Torah were found strewn about on the floor, with the Aron Kodesh vandalized, and signifigant damage done to the Shul.

Reactions were heard from many rabbonim and political leaders alike after the horrific photos were released on Tuesday morning, January 29, 2019, showing the extent of the damage and desecration in the Shul.

One can see the trouble the vandals went through to commit the horrific acts, as the Aron Kodesh is a steel safe and they cut through the side to get access to the Sifrei Torah R”L.

The vandalism was discovered when mispallalim arrived on Tuesday morning, realizing what had occurred during the night. Police forensic experts arrived on the scene to gather evidence while the work began to pick up the Sifrei Torah and sifrei kodesh and begin restoring the shul to its state prior to the attack. 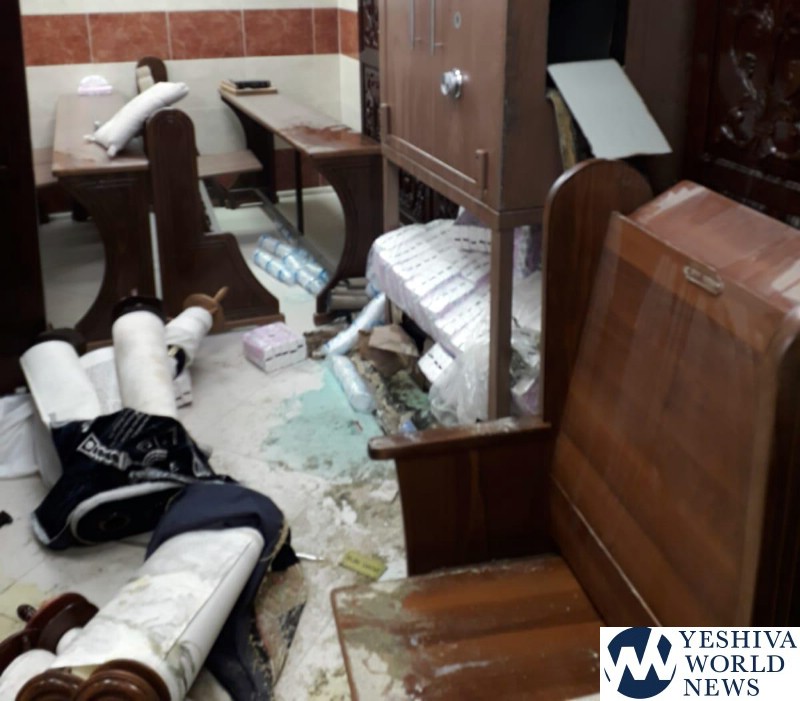 Chief Rabbi of Israe HaRav Dovid Lau and Rishon L’Tzion HaGaon HaRav Yitzchak Yosef commented: The Jewish heart is horrified at the sight of Sifrei Torah, which are profaned in a terrible disgrace caused by the scoundrels inside the shul. The authorities must turn every stone, reach out to the criminals and take full advantage of the law to prosecute them.

“Those who were exposed to the atrocity should accept a fast on themselves or redeem it via tzedaka, and every Jew whose honor of Torah is dear to him, will take upon himself a day of Torah study with a taanis dibur to increase and strengthen the Torah’s glory”. 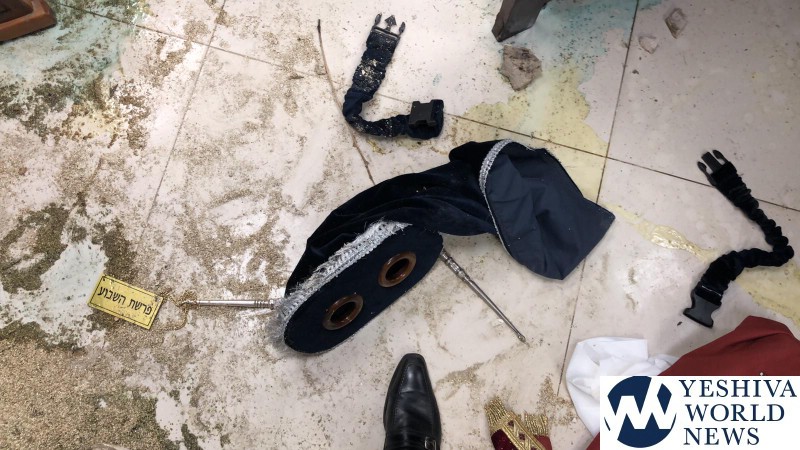 Jerusalem Chief Ashkenazi Rabbi HaRav Aryeh Stern stated, “We were shocked to hear about desecration of the shul in Kiryat HaYovel in Jerusalem. We have no information as to who the criminals have been and who have desecrated the sacraments in an unbelievable way! And an answer will certainly be received from the police investigators.

“But it is incumbent on all of us to protest against the perpetrators of the heinous crime we have seen in the difficult years of the Holocaust by the Nazis. Now we must explore our actions and strengthen our atmosphere of unity, of the people living in Tzion. 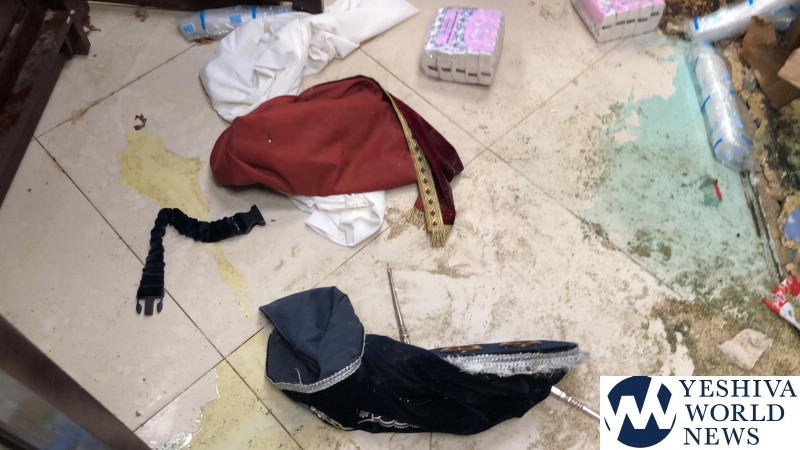 “We all hope that the Hashem Yisborach will forgive us, and even those who hurt the shul will come and ask forgiveness from HKBG and all of Israel.

President Reuven Rivlin reacted to the horrific attack, stating, “difficult painful pictures from the Kiryat Yovel shul this morning. I am certain that the Israeli Police will reach those who desecrated the shul and bring them to justice soon, in order to ensure that such sights do not occur.”

Prime Minister Binyamin Netanyahu responded: “I am shocked by the desecration of the shul in the Kiryat Yovel neighborhood of Jerusalem, and the police must immediately find those responsible to bring them to justice.”

Jerusalem Mayor Moshe Leon called on police to act sternly and swiftly to bring the responsible parties to justice. The mayor added that this is among the most difficult sights that he has seen, one that is reminiscent to the dark days of Jewish history.

“These are harsh scenes that remind us of dark validity in the history of our people, and I call upon the enforcement authorities to do everything necessary to locate the perpetrators immediately and put them on trial.”

Chairman of the Hisorarus Movement and Jerusalem Opposition Leader Ofer Berkowitz said following the break-up and destruction of the shul in Kiryat Yovel: “I was shocked by the terrible act of harming the holy sites of Israel. This is a difficult event and the pictures from the place remind us of dark days that frighten every Jew wherever he is.

“I call on the Israel Police to act immediately and to allocate all the necessary resources in order to catch the vandals and bring them to justice soon”.

Shas party chairman Minister Aryeh Deri, MK Betzalel Smotrich, Minister Naftali Bennet, Deputy Minister Yaakov Litzman and many others were among the voices of outrage and condemnation from the political community. 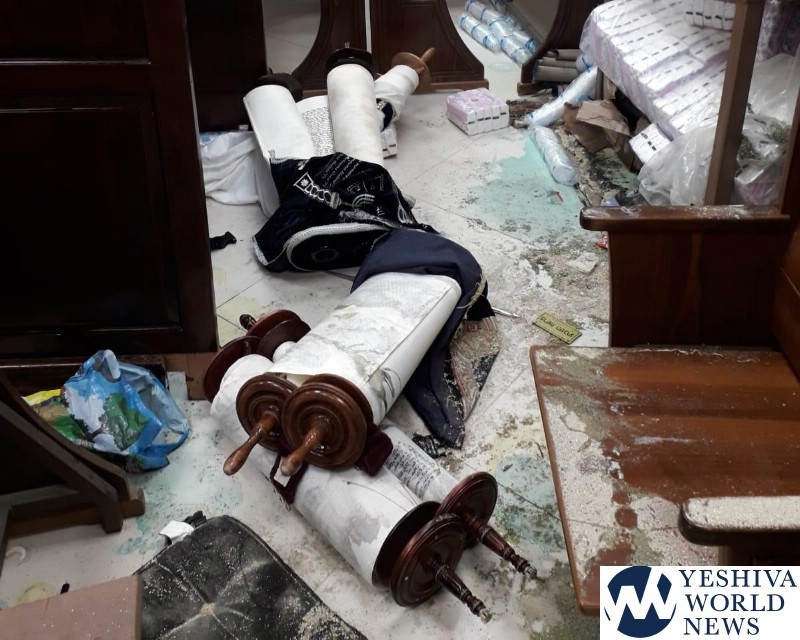 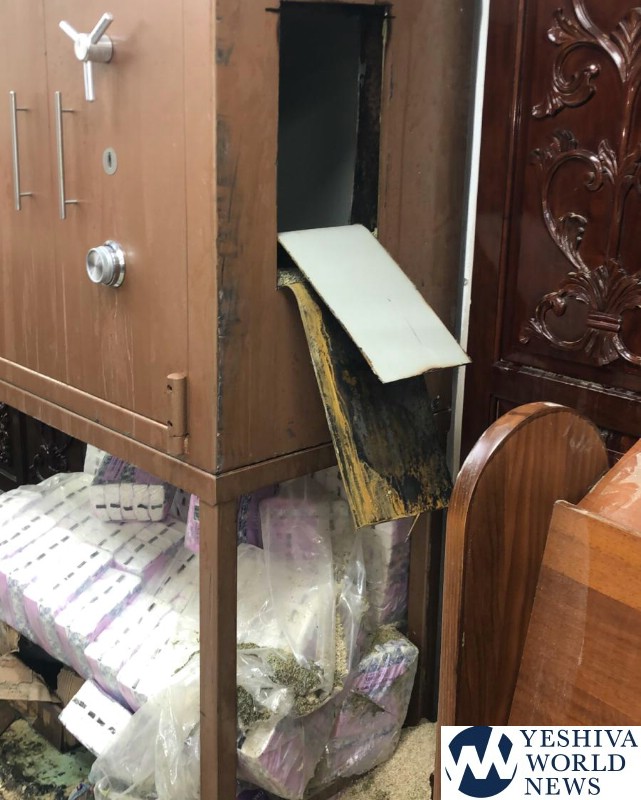 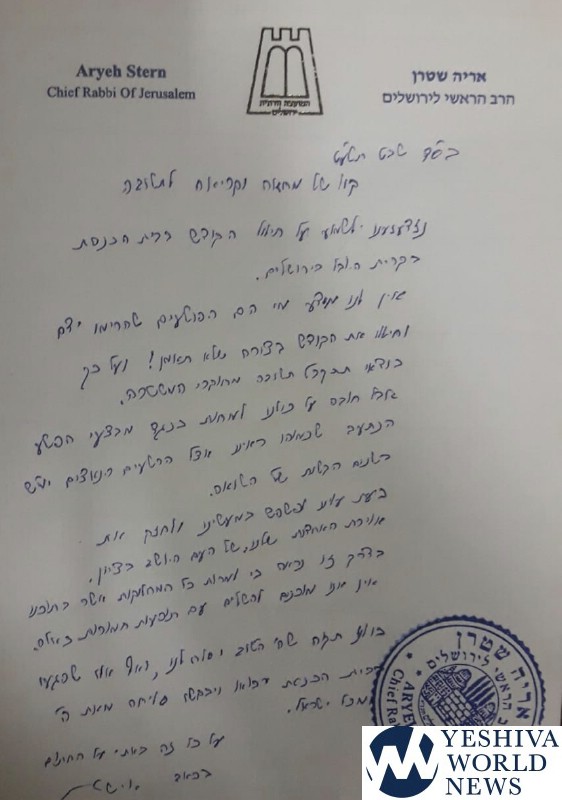 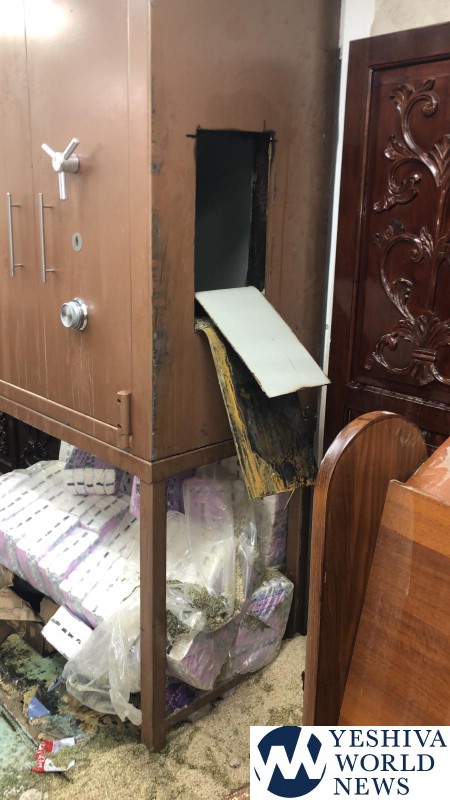 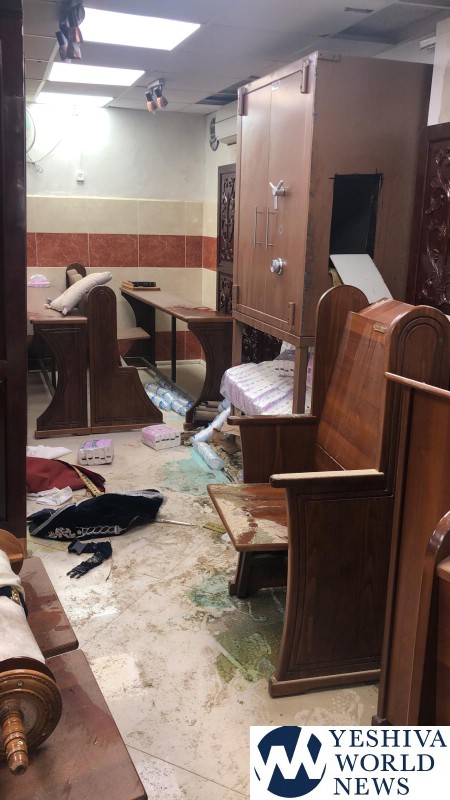