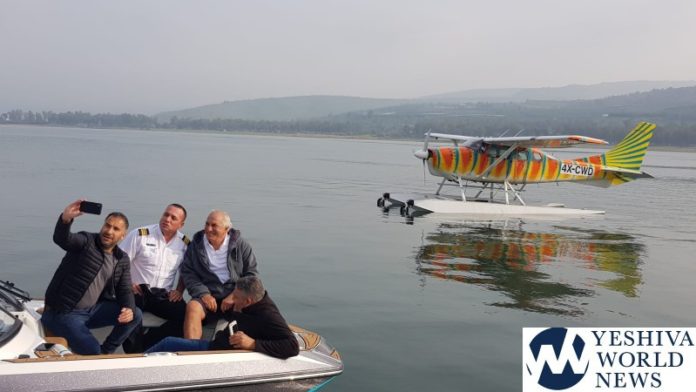 What appears to be an innocent and event welcome initiative, is nothing more than yet another component of Tiveria Mayor Kobi Ron’s intensive and tenacious anti-Shabbos efforts.

Israel has received its first-ever sea plane after 77 years, which is likely to bring additional visitors to the Kinneret in the future. The plane of course landed in the Kineret.

The plane, called Nemo, is the only one of its type in Israel, arriving from Africa, then Eilat and then north to the Kinneret. The plane was flown 5000 kilometers from Tanzania to Eilat, taking 12 hours, refueling enroute.

The plane can seat five passengers and it is hoped that additional planes will join the fleet, planes holding eight passengers.