Following a petition by the Movement for Quality Government in the High Court of Justice, Prime Binyamin Netanyahu announced on Thursday that the cabinet will appoint a foreign minister to replace him. The prime minister stated the appointment will be made on Sunday, February 17, 2019, at the weekly cabinet meeting.

The appointment will be made following the petition submitted by the organization, which challenges Mr. Netanyahu, who is currently serving as defense minister, foreign minister, health minister and immigration minister, in addition to prime minister.

The Movement for Quality Government in Israel said in response, “We welcome the apparent appointment that came only under the sword of the Supreme Court, and we hope that it will be implemented. In our opinion, the prime minister should not reach a situation in which he holds so many important portfolios – including the Foreign Affairs and Defense portfolio at the same time, and hope that this unacceptable norm, which was the prime minister’s norm at the beginning of the term, will not be repeated”. 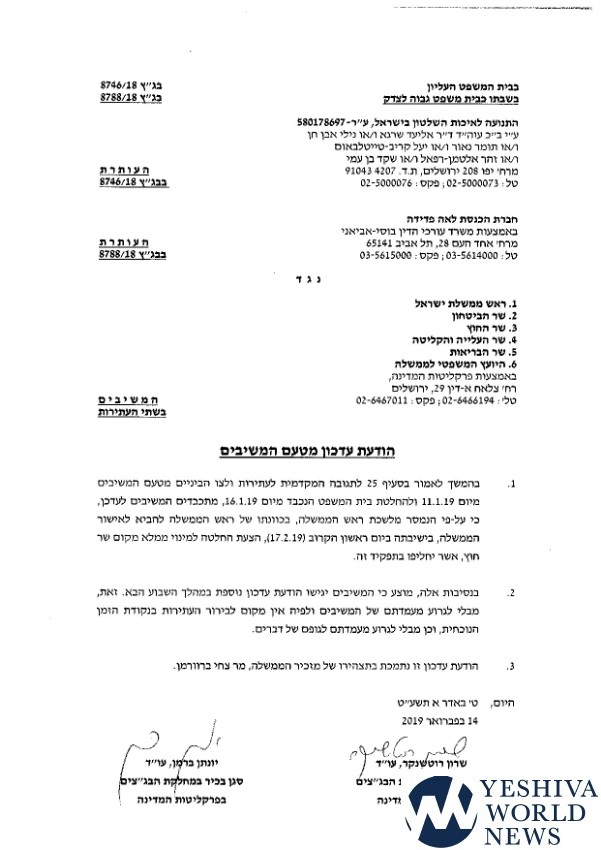 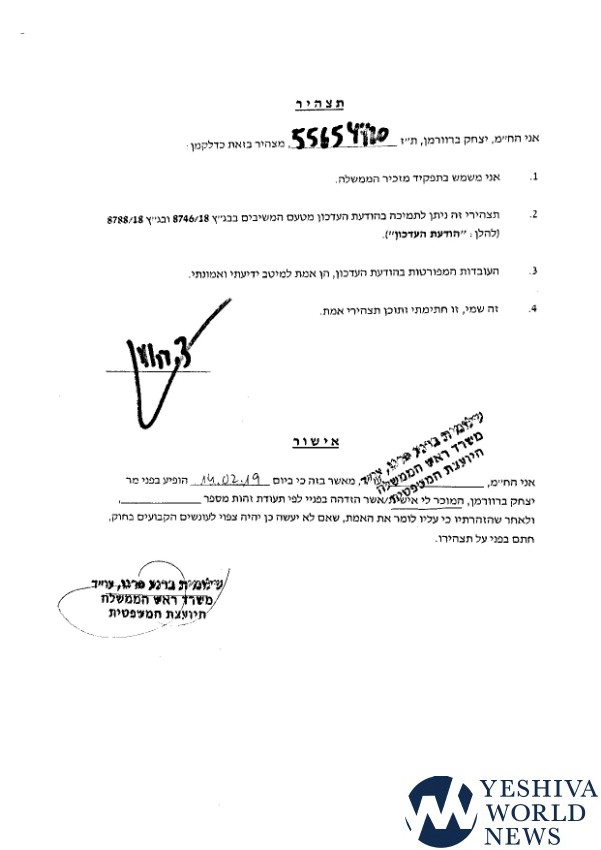