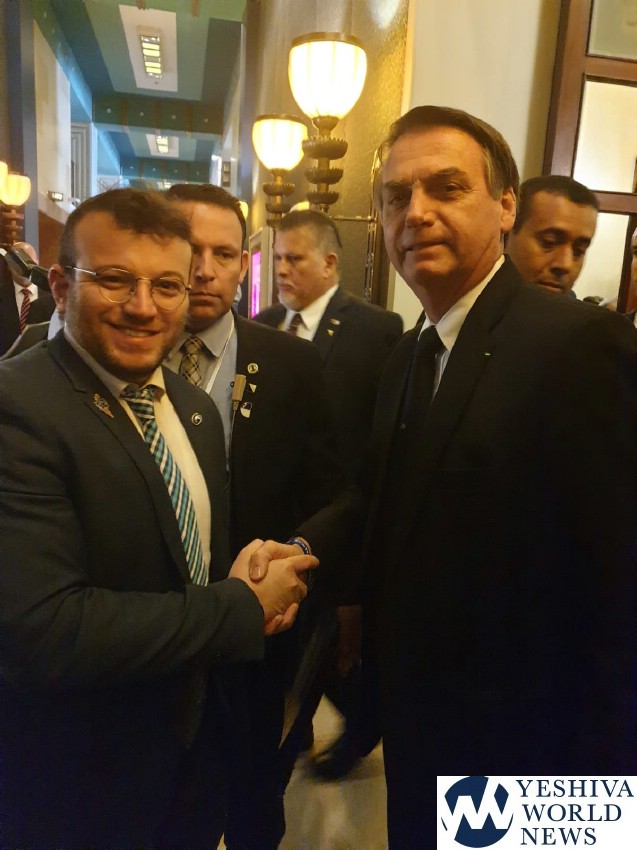 CEO of United Hatzalah Moshe Teitelbaum met with Brazilian President Jair Bolsonaro and his entourage on Tuesday morning in Jerusalem and presented the United Hatzalah model to them, emphasizing how its cost free system has democratized access to emergency health care. The President was impressed with the lifesaving model and technology of the organization and the network of volunteers it fields. Of particular interest was how the technology allows the volunteers to respond to emergencies and begin treatment well in advance of the arrival of ambulances.

Bolsonaro instructed his representatives to study the organization and see if the model could be adopted in Brazil. The presentation took place as part of an official meeting arranged by the Israeli government during which eight Israeli innovative organizations and startups were chosen to present their work. Teitelbaum presented Bolsonaro with a present in the shape of an ambucycle made of silver.

“United Hatzalah has just recently opened a chapter in Colombia and we are working on spreading our EMS model around the world so that more lives can be saved,” said Teitelbaum after the meeting. “After I made the presentation, I met with members of President Bolsonaro’s entourage and with some of the Ministers who were attending the trip. The representatives of the President expressed a serious interest in adopting United Hatzalah’s model throughout Brazil.”

Commenting on the unique opportunity, Teitelbaum said, “It was a great honor to present the work of the thousands of volunteers that United Hatzalah has in Israel and in our five other international chapters to the President of Brazil, one of the world’s great powers. I explained the innovations that we have been making in the field of emergency medical services, which is something that people all over the world need. I also explained how the work of our volunteers strengthens each individual community and builds community resiliency. This too was something that the Brazilian ministers and representatives expressed great interest in.”

Teitelbaum concluded by saying, “The President’s interest in our work made me very pleased. Today, every Israeli sees the logic of our work and understands that it isn’t something to be taken for granted. As we continue to succeed at expanding our network of volunteers in Israel and around the world with each passing year, I am hopeful that this meeting will pave the way for a new initiative in Brazil in the near future.” 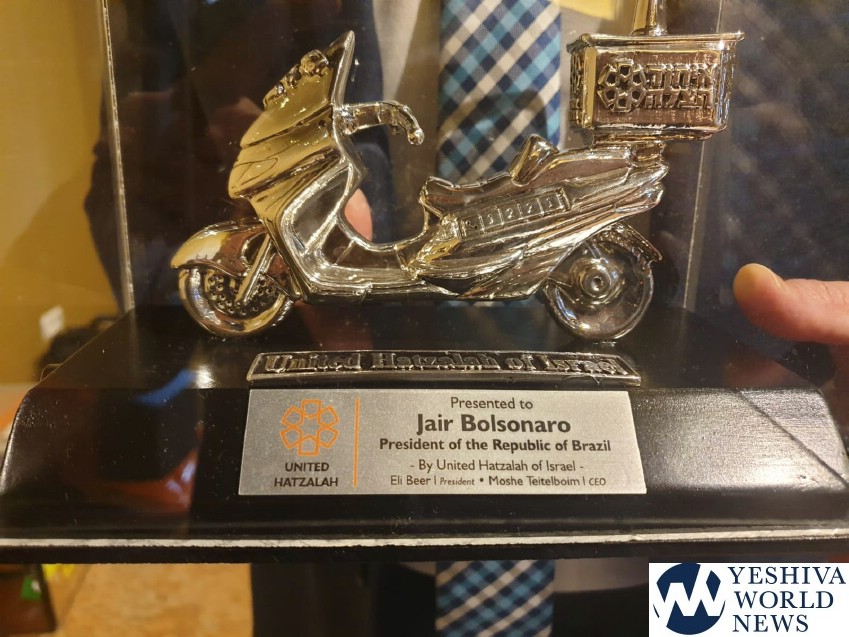