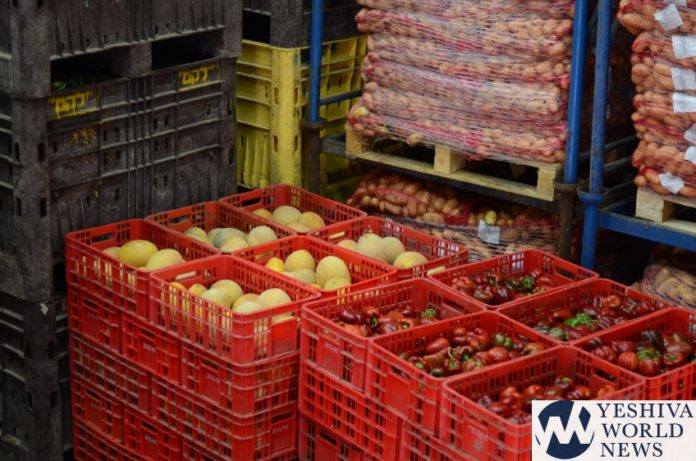 Following the release of Leket Israel’s fourth Report on Food Waste and Rescue in Israel, with a focus on food loss in the household consumption sector, it has recently been discovered that Pesach time is one of the most wasteful times of the year in Israel. According to data compiled by BDO, during the month of Pesach alone, food worth about NIS 1.126 billion ($313 million) is lost, amounting to 106,000 tons (239 million pounds).

While Israeli consumers are shopping for Pesach, the supermarkets are preparing for the yomtov as well by getting rid of their surplus stock of chametz products in order to make way for their Pesach products.

The loss during this time is about 14% higher than in regular months, for two reasons:
1. A lot of food is thrown out by the retail chains and consumers before Pesach, such as bread and pastries.

2. Special kosher for Pesach foods, such as cornflakes, cookies and of course matzah will not be eaten after yomtov and will therefore be thrown out by consumers and marketing chains.

Despite this waste, Leket Israel has received a 35% increase in the requests from their 200 non-profit partners prior to Pesach.

In the past month, some 1,700 tons (374 million pounds) of fruits and vegetables were donated to Leket Israel, from farmers, packing houses and surplus food crops, which were slated for destruction and instead given to Leket for distribution to Israel’s needy.

According to Gidi Kroch, CEO of Leket Israel, “The report on food waste and rescue in Israel, which Leket released last month together with BDO, indicated that it is highly worthwhile to solve the problem of food insecurity in Israel by rescuing food. We distribute food to the needy, especially in anticipation of Pesach, when we receive even more requests from our NPO partners; we have been working hard to increase the quantities of vegetables and fruit to meet this demand. “