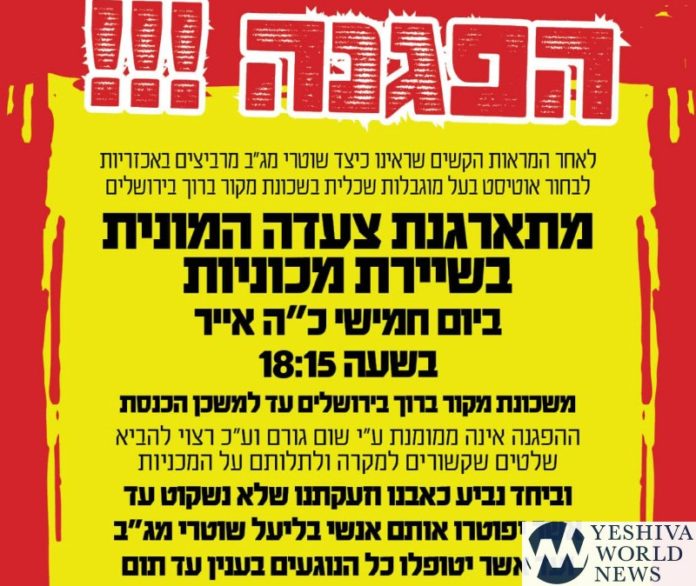 A protest vehicular convoy is planned for Thursday, May 30, 2019 at 6:15PM beginning in Jerusalem’s Makor Baruch neighborhood and traveling to the Knesset.

The protest is a response to the inaction of police regarding the border policeman who viciously and mercilessly beat Yanki, a chareidi autistic male who was pushed to the pavement face down and then beaten as documented on the video, despite his cries for mercy and cries from bystanders to leave him alone as they explained his condition. Their cries fell on deaf ears. Yanki’s crime; he allegedly pushed a female policewoman. As reported by YWN-Israel, this has since been proven by video footage to be 100% false.

On Tuesday, MK (Yahadut Hatorah) Yisrael Eichler sent a letter to Public Security Minister Gilad Erdan, questioning why the border policeman documented on video beating an autistic chareidi youth mercilessly has yet to be charged.

After the incident, Deputy Health Minister contacted the parents of the victim, and explained he was not going to permit this to be pushed under the carpet and forgotten, and the persons responsible for the beating will be held accountable. In addition, the Admor of Berdichev Shlita, Rav Aharon Baumel, was summoned to police for questioning for daring to question why not one of the bystanders intervened to stop the beating of the victim, but just stood by, perhaps yelling, but not intervening.

It is pointed out the protest is not sponsored by any organization, and participants are urged to tie signs connecting to the incident to their cars. 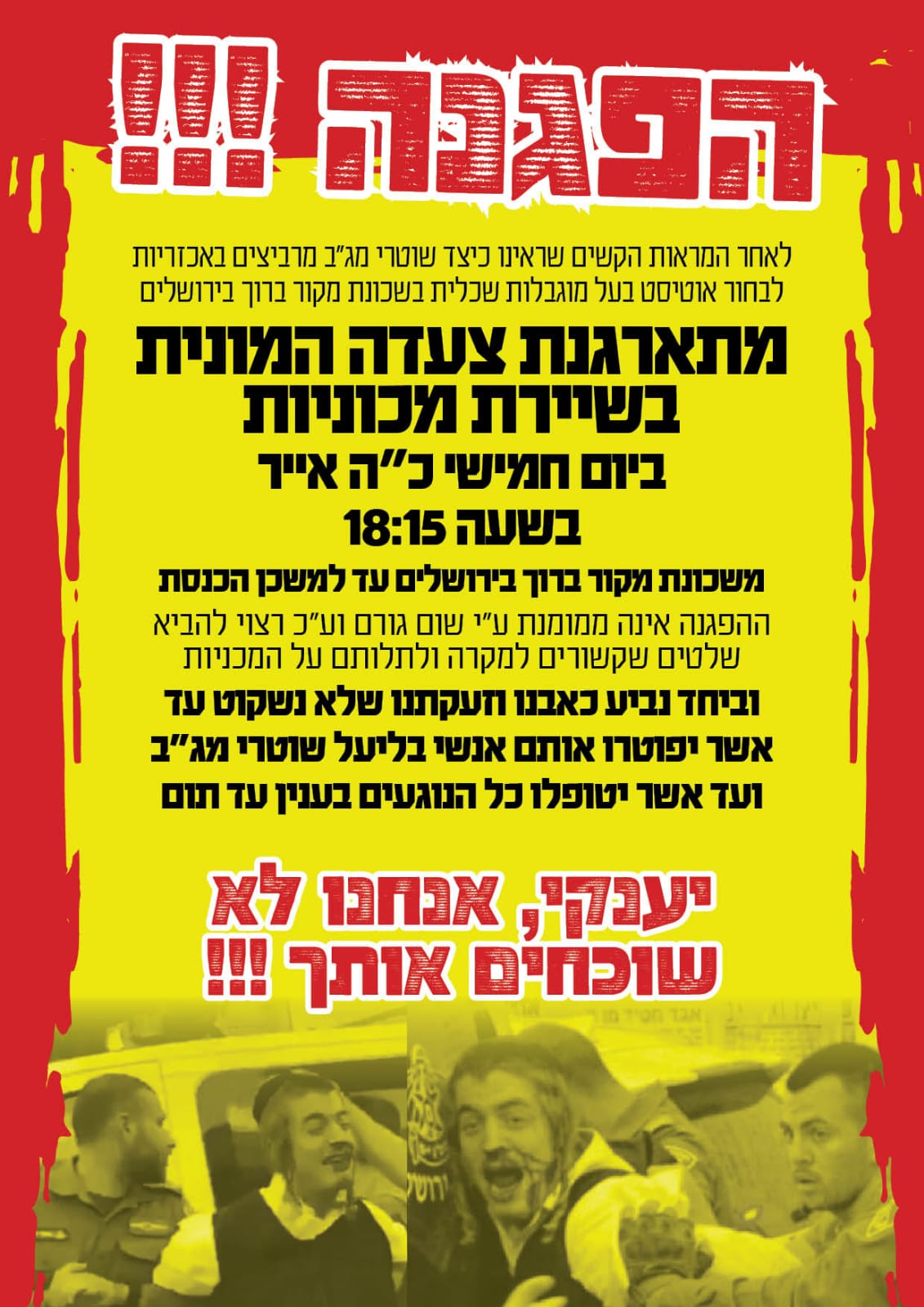 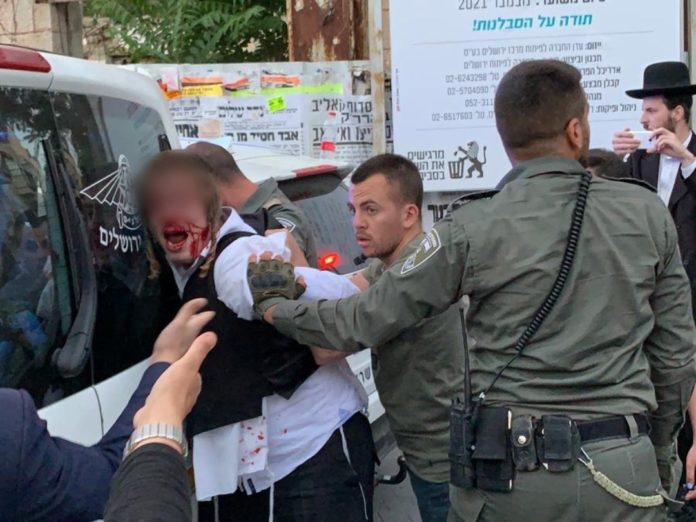