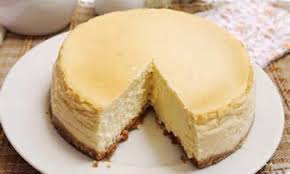 The Health Ministry on the Thursday before Shavuos, surprised bochrim in Yeshivas Tifrach as inspectors arrived and entered the kitchen, confiscating cheesecakes that were prepared by the talmidim. The cakes which were confiscated by health inspectors were taken from refrigerators.

According to Kikar Shabbos News report, many of the cakes had already been taken to the dormitory rooms of talmidim. The inspectors also confiscated trays of chickens which were held for a number of days in refrigeration, from the previous Shabbos.

Some of the talmidim are quoted telling Kikar Shabbos that the food is fine, and they have been eating it and there was no legitimate reason for the actions of inspectors.

The bochrim realized that Shabbos and Yomtov were approaching and they quickly went shopping and bought hundreds of cheesecakes and managed to make up for the food taken by inspectors.

Kikar Shabbos adds that Health Ministry officials did not respond to a request for a statement on the ministry’s actions in the yeshiva.