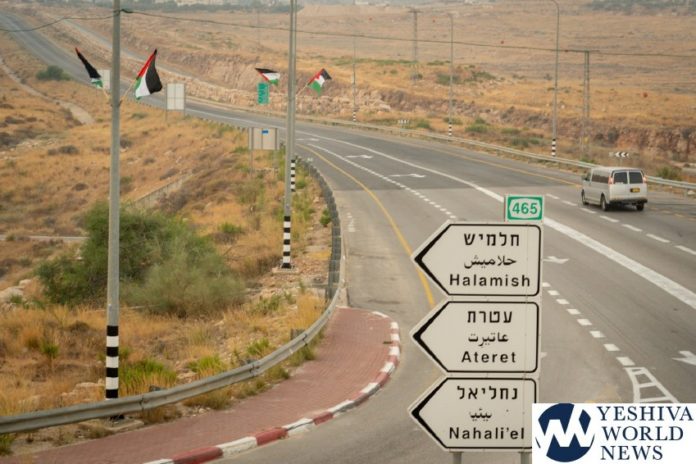 Thousands of residents of Yehuda and Shomron were shocked on Sunday morning when they saw PA (Palestinian Authority) flags hanging at intersections. Hundreds of phone calls were received by ‘moked’ emergency dispatchers in the respective regional councils as a result, as concerned residents reported what they saw. There was much anger directed at PA residents, who were presumably responsible for hanging the flags in many areas.

Flags were seen on Route 60 from Gush Etzion all the way south to Har Hebron, including near N’vei Daniel, Elazar, and other areas. On Route 5 in Shomron, flags were hung from Gitai Avisar Jct., Oranit, Bruchin and Peduel Interchange. In the Binyamin Council there were flags near N’vei Tzuf, Psagot Junction, near Ofra and Shilo and more.

It has been learned that the PA residents were no responsible but it was the work of the Regavim organization, which decided ‘light up the areas’ towards creating a shocked response to enlighten residents and leaders alike to what the future holds in store due to the ongoing illegal construction by Palestinians in Area ‘C’, which is under total Israeli control. Regavim warns if the illegal construction continues at the current pace, the area will transform into the State of Palestine.

The operation carried out by activists during the predawn hours was part of the organization’s campaign “A Terrorist State Around the Corner”. About a week ago, Regavim reported that over 28,000 Palestinian buildings have been built in Area ‘C’ and now, the Palestinians have claimed some 78,626 dunams (19,656) acres of land belonging to Israel. For comparison sake, the land taken by the Jewish yishuvim in Area ‘C’ amounts to only 56,700 dunams (14,175 acres).

It should be noted that concurrently with the exposure of the data, the outgoing Defense Minister’s Adviser on Settlement Affairs, Kobi Eliraz, published a harsh article backing them and warning of the lack of enforcement and the absence of Israeli sovereignty in areas that could allow the establishment of a Palestinian state.

Regev CEO Meir Deutsch said after the exposure that his movement was responsible for the hanging of the flags and the storm that took place this morning. “We understand the remorse and the harsh feelings of the residents who were exposed to the operation, but we also understand that a terror state is around the corner, and the public in Yehuda and Shomron has fallen asleep on guard.”

“The time has come to halt the implementation of the Fiad Plan, not by speech but by actions. It is possible and this is the time!” 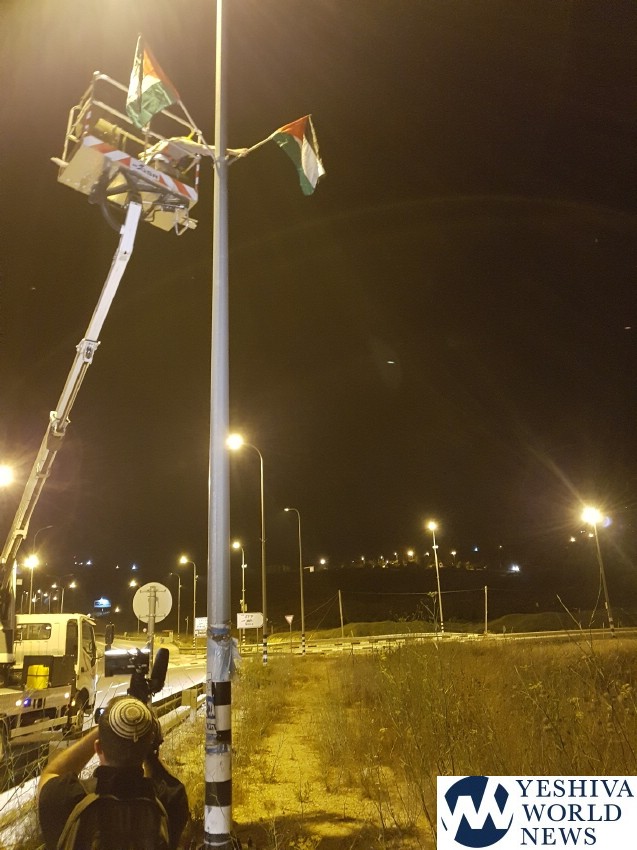 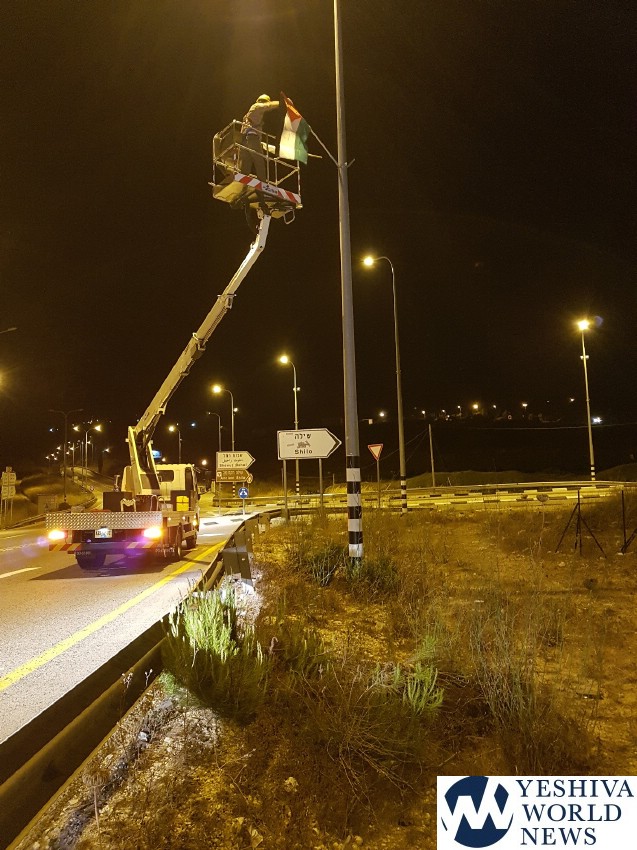 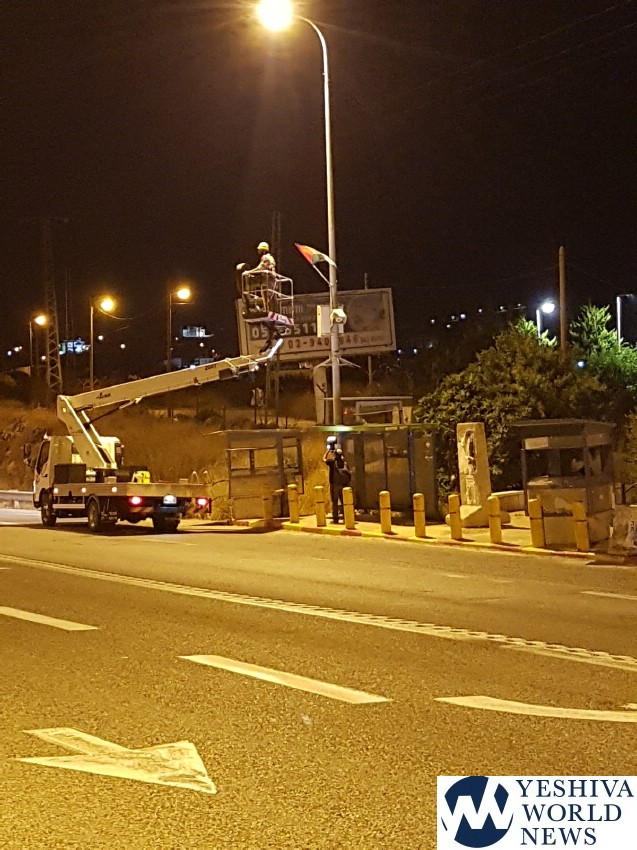