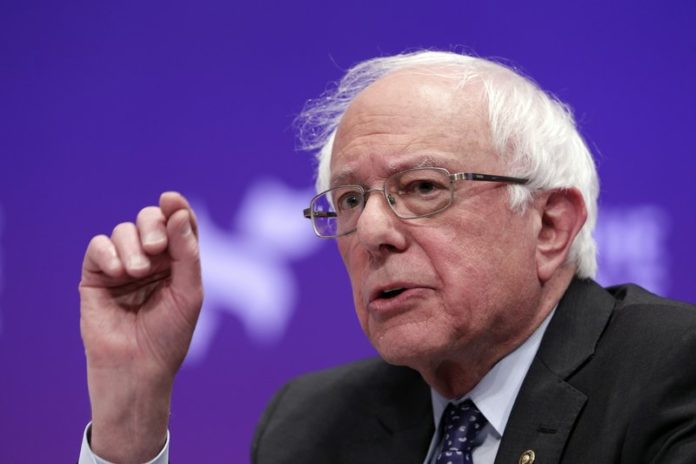 Vermont Sen. Bernie Sanders and New York Rep. Alexandria Ocasio-Cortez are teaming up on a measure that would designate climate change as an emergency, and they have won early support from one of Sanders’ fellow Democratic presidential candidates.

The legislation to be introduced Tuesday in the House is designed to highlight Democrats’ focus on global warming and push back on President Donald Trump, who has declared a national emergency at the U.S.-Mexico border.

Massachusetts Sen. Elizabeth Warren, who is competing with Sanders for the support of liberal voters in the presidential primary, plans to sign onto the resolution when it’s introduced in the Senate, according to a spokeswoman.

Ocasio-Cortez’s Green New Deal, a framework for a “10-year national mobilization” to dramatically slash U.S. carbon emissions, already has earned the backing of most leading Democratic presidential candidates. Her partnership with Sanders on the climate emergency declaration offers a new rallying cry for White House hopefuls trying to mobilize voters on the party’s left flank who want a stronger focus on global warming from the Democratic nominee.

The 29-year-old congresswoman, a rising star within the party, has partnered with Warren and Sanders on several efforts this year.

Sanders said he “absolutely” expects to release a full-scale plan for how he would tackle climate change if elected president.

“No plan will be implemented unless we have the courage to take on the greed and dishonesty of the fossil fuel industry,” Sanders told reporters, describing that aspect of the fight against climate change as “a question of political will.”

Ocasio-Cortez is joined as a chief sponsor of the House resolution by Rep. Earl Blumenauer, D-Ore.

The Democrats’ climate emergency resolution comes after legislators in the United Kingdom and Canada, as well as multiple cities around the world, advanced similar proposals intended to focus public attention on rising global temperatures.