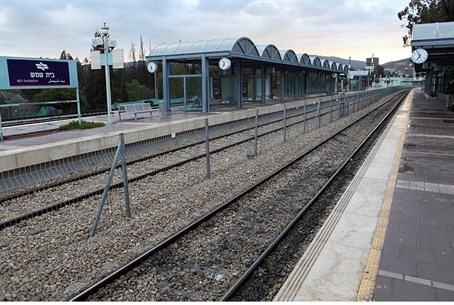 On Sunday afternoon, police were summoned to the train tracks near Beit Shemesh after a quantity of rocks were detected on the tracks, obviously intended to endanger approaching trains.

Police moved the rocks to eliminate the danger to an approaching train, citing if a speeding train hit the rocks, the results could have been catastrophic.

An investigation into the incident is underway. Police have not announced if they believe the act was one of Palestinian terror.