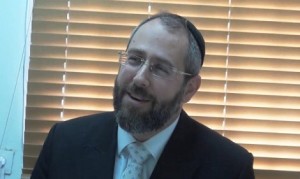 The Ministry of Justice on Monday, 23 Tammuz 5773 rejected a request from Rabbi David Lau to permit him and his father to vote among the voting body for the new Chief Rabbis of Israel since he has submitted his name as a candidate. He was told by the attorney general that doing so would represent a conflict of interests and therefore, he may not.

Rabbi Lau maintains that a prime minister may vote for himself in elections, so he should be permitted the same. He was told that the election of chief rabbis is different as the chief rabbis are not elected by the general public, but a select body. Such a process is viewed to be on a higher level that a regular appointment of a civil service employee and therefore he and his father may not vote as requested.