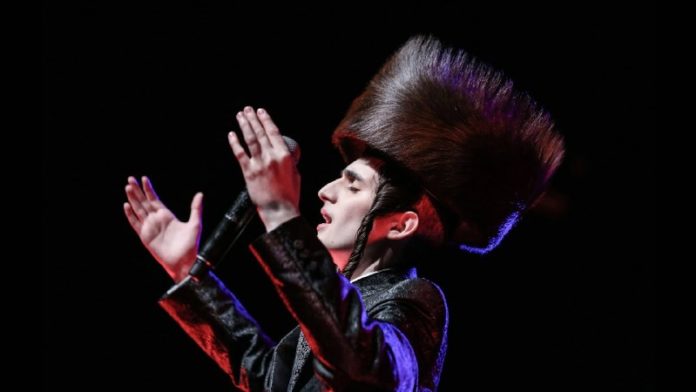 Chasidic singer Moti Steinmetz backed out of a major concert by the Afula Municipality after the Nazareth District Court District Court’s Decision to refuse the allowance of separate seating at the show. The concert was to be held at a park in Afula.

Steinmetz told Kikar Shabbos: “This is a time of religious persecution and this is the chosen time for us to be Mekadesh Shem Shamayim. The High Court will not decide what is appropriate for us nor what we will do.”

Steinmetz has in the past canceled his participation in many large concerts and performances that had mixed seating added: “There is no way that I will perform to a mixed audience or in a hall without a Mechiza. This goes against all of my ideals.”

The District Court in Nazareth decided on Sunday, Tisha B’Av, that the appeal by the Women’s Lobby group against the city of Afula for enforcing the separate seating at the planned concert is illegal.

Degel Hatorah MK Moshe Gafni described the ruling as “evil” and “appropriate for Tisha Be’av, the day of the destruction, and will cause many people and youth not to participate in the event.” He also called on anyone going to the event to voluntarily separate along gender lines.

Justice Yonatan Avraham wrote in the court’s decision: “I prohibit the enforcement of separate seating during the event. Each person who attends the event will be allowed, based on their own decision, where they will be during the event. It is also prohibited for the ushers or security personnel involved in organizing the event, or any other interested party involved in planning the event, to perform any action that will cause a forced separation based on gender during the event. I hereby instruct the organizers, ushers, security personnel and those seating participants, to prevent any attempt to enforce gender separation and to thwart and attempt to put up signs instructing gender separation or any type of blockage or mechiza, or any announcement stating that separation should take place. I hereby instruct them to involve the police who will be stationed at the event should any such instance arise.”