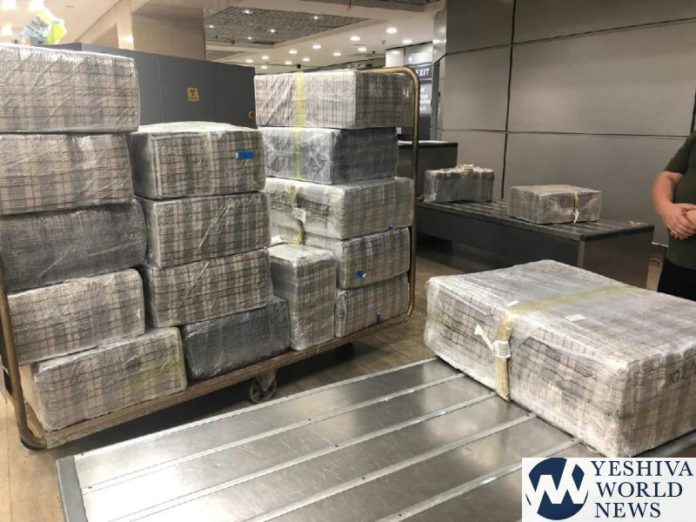 According to a statement issued by the Tax Authority regarding the arrest, the value of the smuggled goods that were apprehended amounted to more than half-a-million shekel. The magisterial court in Rishon LeZion complied with the request of the Drug Unit of the Tax Authority at Ben Gurion and release Shimshilshuli under strict conditions.

Shimshilshuli passed through the “green line” in the airport, which passengers go through of their own volition stating that they have nothing to declare. Shimshilshuli was pulled over for inspection and that is when the large amount of cigarettes were found.

The total amount of cigarettes smuggled amounted to 2,228 packets all of either the Winston or Pall Mall brands. They were packed into 19 suitcases, which were supposed to be utilized to help him bring over all his personal belongings from abroad to Israel.

Shimshilshuli was slapped with a 50,000 NIS fine that required a guarantor to sign and a ban from leaving he country for the next 180 days. 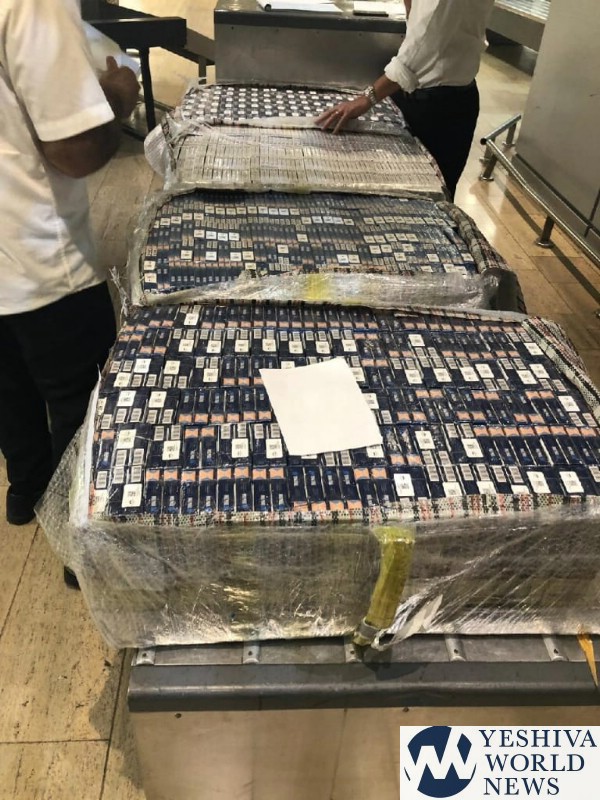 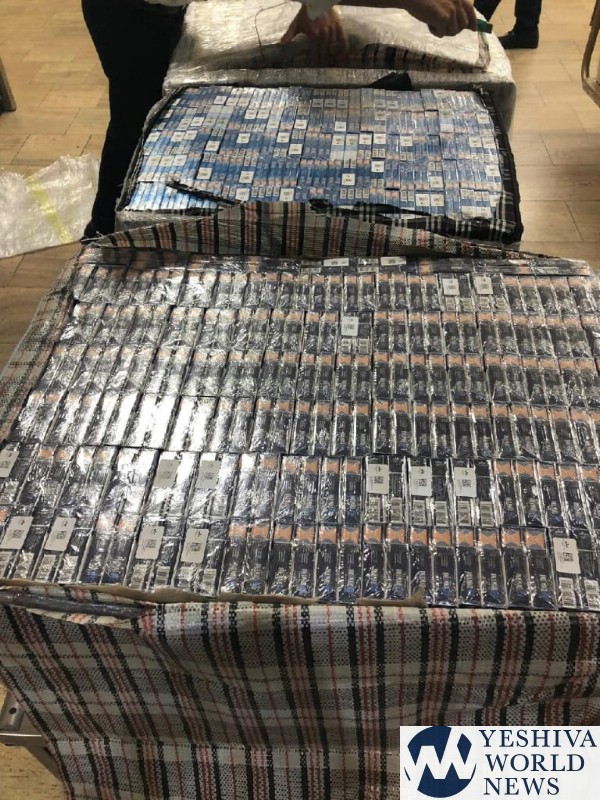