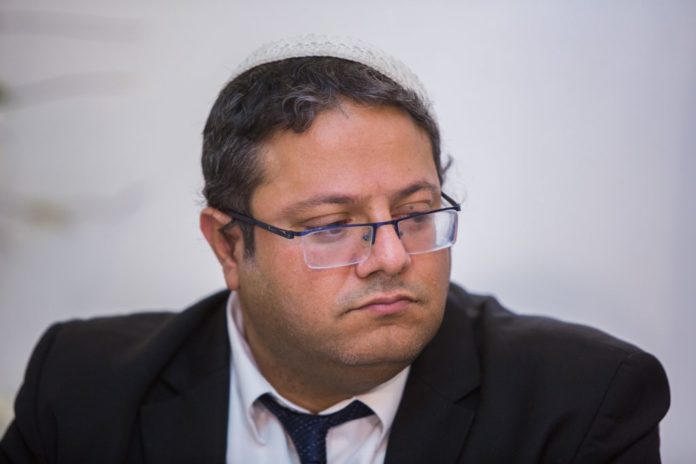 Following last week’s fiasco surrounding a Moti Steinmetz concert in Afula, which met opposition from women’s rights groups opposing separate seating, leading to the intervention of courts, attorney Itamar Ben-Gvir has sent a letter to Deputy Attorney General Dina Zilber on the same matter. He demands that she prevent separate seating between men and women in the Bedouin community of Rahat, as she tries doing in chareidi areas. Ben-Gvir warns Zilber if she does not act, he will take his case to the High Court of Justice.

Ben-Gvir, one of the leaders of the Otzma Yehudit party, sent an urgent letter to Deputy AG Zilber on Sunday, demanding she enforce the law regarding the separate swimming pool in Rahat as she announced she would do a year ago.

Last summer, Zilber announced it is illegal to have separate swimming in the Kiryat Arba pool, leading to Otzma Yehudit turning to Zilber in a letter, demanding the same in the municipality of Rahat, where there is also separate swimming.

In response to Otzma Yehudit, Zilber stated that the policy in Rahat was illegal, and she would act to bring an end to it in Rahat too. Zilber turned to Rahat’s legal advisor, demanding enforcement of the law prohibiting gender separate events as it is discriminatory against women.

However, a year later, journalist Kalman Lipskind revealed that Zilber did nothing to enforce the law in Rahat, which continues its separate swimming. Lipskind added that not only has nothing been done to enforce the law, Zilber and/or the Justice Ministry has no plan to intervene in running the pool in the Bedouin community.

This led to Ben-Gvir’s letter to Zilber on Sunday, citing the selective enforcement regarding Kiryat Arba and the chareidim while turning a blind eye when it comes to the Bedouin community.